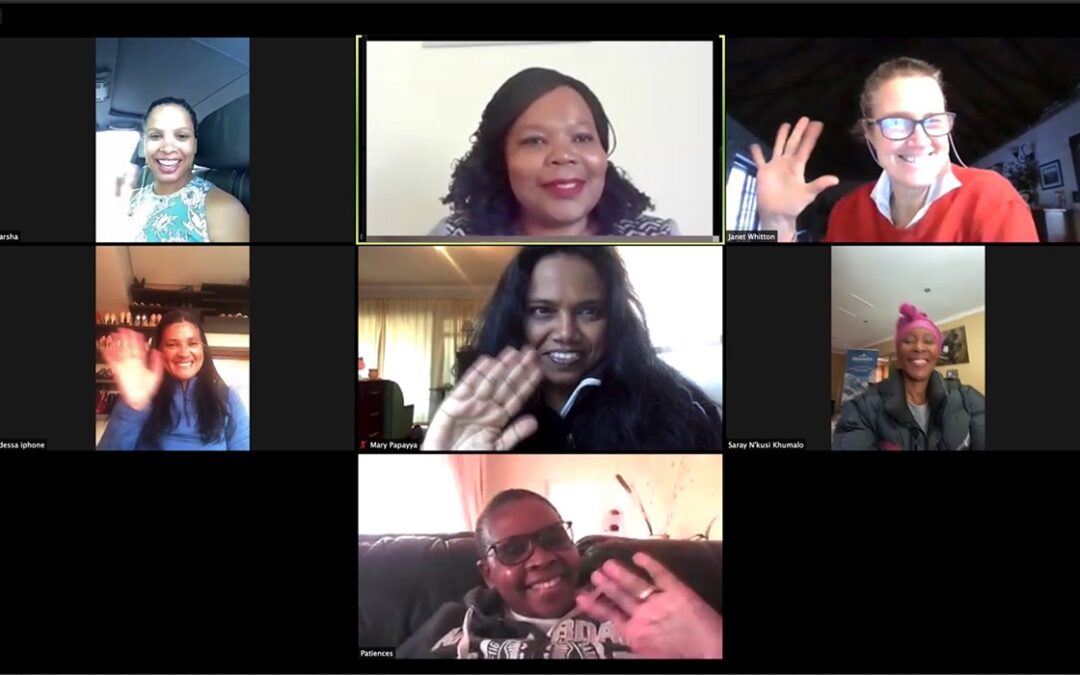 Three former gsport winners have been appointed to the Momentum gsport Awards elite judging panel to drive the process to select the winners for the 15th edition of the country’s longest running women’s sport awards.

“What an exciting and yet challenging process for me as a judge, especially since this year, the nominees have been of exceptional quality. It is a great honour to be part of the judging panel for the gsport awards as it has become a catalyst for success for women in sport,” said Swarts on her appointment.

“The categories are so diverse that all our women in the sporting fraternity can be recognized for their contributions and performances in sport.” – 2019 Momentum gsport Awards Hall of Famer, Odessa Swarts.

“The sponsorship partners enable gsport a critical platform to catapult and empower our women in various categories of sport. The categories are so diverse that all our women in the sporting fraternity can be recognized for their contributions and performances in sport.”

Khumalo thanked gsport for including her on the panel.

“Thanks for your invitation to be part of the judges. It is an honour and privilege to be part of the process that’s giving a voice to women who are leading the way for generations to come in different sports and related support functions.

“As education is an equalizer, sports is a unifier and celebrates our diversity as it continues to raise the South African flag around the world. Thanks to gsport who continue to give women a platform to confidently own their success and the momentum to move forward in different sports disciplines.”

As the third new inclusion, Cox, reminisces about her first interaction with the awards 15 years ago.

“I remember 15 years ago having the honour of being present at the inaugural gsport awards, being truly inspired by Kass and all the legendary women in the room. Fast-forward to today, I am still so inspired by the women I’m privileged to be working with on this panel as well as all the nominees!

“Thank you Kass and Ryk and your incredible gsport team for all the work you do in honouring women in sport, and for offering a platform that recognizes the hard work, sacrifice and passion women in sport have shown and continue to show. I am extremely honoured to be part of the judging panel today!”

Being part of the panel allows for leaders to celebrate and recognise the achievements of current as well as up and coming women in sport, Shikwambana points out.

“It’s a great honour and appreciation for being appointed to be part of the gsport awards judging panel. I’m over the moon because this always fulfils one when being involved in such initiatives that recognized worthiness and achievements of girls and women in sport. I’m so indebted for such a privilege as we see more girls and women increasingly being involved in sport, contributing immensely and rewarded.”

“Covid-19 has highlighted the immense role that women play in society. The mainstreaming of women in sports must therefore continue unabated. This platform allows for women to be given the recognition and honour.” – South African National Editors Forum’s Mary Papayya.

The gsport Trust together with our partners, Momentum, decided to commence with the awards despite live sport coming to a halt over the past few months due to the global Coronavirus outbreak, however the recent nominations have proven that there are many women in sport who deserve recognition.

“Covid-19 has highlighted the immense role that women play in society. The mainstreaming of women in sports must therefore continue unabated. This platform allows for women to be given the recognition and honour,” Papayya revealed.

Tshivhase echoed Papayya’s statement saying, “Women can perform at every level of professional sport, they deserve to be recognised, rewarded and celebrated for their achievements. The fight against Covid-19 is in our hands let’s continue keeping safe, social distancing, proper hand hygiene and always wear mask to protect yourself and others.”

As we look forward to the judges top three finalists, Whitten reminds us of the importance of honouring and recognising the role models in women’s sport.

“It’s so important that our role models are recognised in these tough times and focusing on the positive impact that women have means everything.” – Deputy Sports Editor – SABC News – Janet Whitten.

“It’s an honour to join the eminent achievers on this panel, and an even greater one to be able to be a part of honouring some of the great women and girls involved in sport in South Africa.

“It’s so important that our role models are recognised in these tough times and focusing on the positive impact that women have means everything.  It’s a reminder to us all how great we are, and how great we can be. Thanks gsport for giving us the platform, and thanks to those who rose to the challenges.”

The 30-day public nominations process, which ran from 10 June to 10 July, yielded over 320 nominations, resulting in more than 180 actual nominees, as gsport goes in search of another strong set of winners in this milestone year.