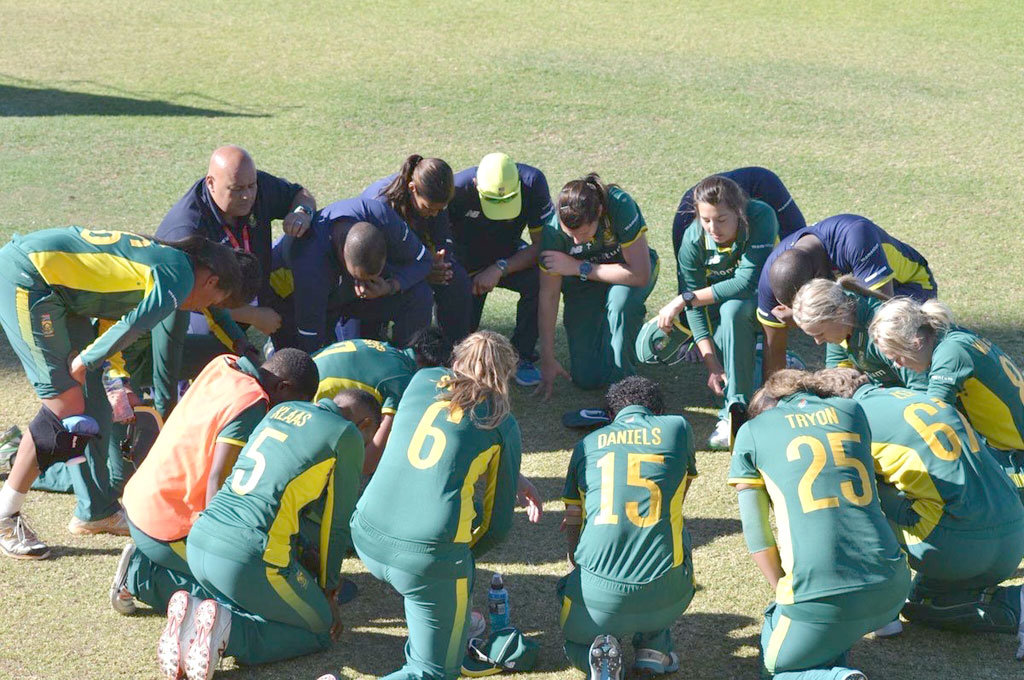 Proteas Head Down Under for ODI Series vs Southern Stars

Cricket South Africa (CSA) on Monday announced the 14-woman Momentum Proteas squad that will take on Australia in a five-match, One-Day International (ODI) series from 18 to 29 November in Sydney.

This will be the first ever stand-alone series between the sides as well as South Africa’s first time in Australia since the ICC Women’s World Cup of 2009. The first three matches will form part of the ICC Women’s Championship, the qualifying tournament for the 2017 World Cup in England which the Southern Stars, who are also World Cup defending champions, have already won.

South Africa head Down Under in the wake of a 5-2 ODI series defeat to New Zealand, but Coach Hilton Moreeng is confident his side have put the disappointment behind them.

“We have a very important assignment in Australia and all of our focus is on that now,” he said. “The New Zealand series was disappointing yes, but we learned a lot about ourselves as a team and also about what still needs to be done in order for us to reach the level that we wish to be at by the time we reach the World Cup next year.”

Speaking about the strength of the number one ranked Australian side, he said: “They are not the best side in the world for no reason, and in their home conditions they are going to be a force to be reckoned with, but I know that we have the team to compete successfully against them.

“We have a team of great talent and potential and for us to become successful against them, we will have to play our hearts out as well as do all the basics right.”

In the series against New Zealand, South Africa’s campaign was stifled by a series of injuries involving four of their key batters Laura Wolvaardt, Marizanne Kapp, Chloe Tryon and Lara Goodall. Moreeng is happy to report that, apart from Wolvaardt’s broken collar bone that ruled her out of the series, the rest of the team is match ready.

“The injuries during the New Zealand series were not ideal, but we will never use that as an excuse for losing. There were opportunities that we missed and disappointing performances with the bat but we are moving on from there and starting the Australia series on a clean slate. We have a fully fit side, with the exception of Laura (Wolvaardt) who is working hard to get back into fighting form for our Bangladesh series next year.”

Team captain, Dané van Niekerk is looking forward to the tour and hopes that senior players including Kapp, Mignon du Preez and herself with Women’s Big Bash League experience can impart their knowledge to the rest.

“It’s safe to say that this is going to be a massive tour for us and we’re all ready to face this challenge head on,” said van Niekerk.

“I’m excited to be able to play in conditions that aren’t dissimilar to our own conditions at home and Kappie (Marizanne Kapp), Minx (Mignon du Preez) and I have already spent quite a lot of time with the team and management discussing our experiences of the conditions there when we were playing in the WBBL.

“I’m looking for a strong performance from the team every time we walk on to the park and for the team to just give it their all. If, at the end of the series, each and every player can say that they left it all out there, that’s about all I can ask for.”

Photo 1 caption: Cricket South Africa have announced their team for the 5-match One Day International tour of Australia from 19-29 November, as the team builds towards to the 2017 World Cup in England. Photo credit: Marizanne Kapp on Twitter