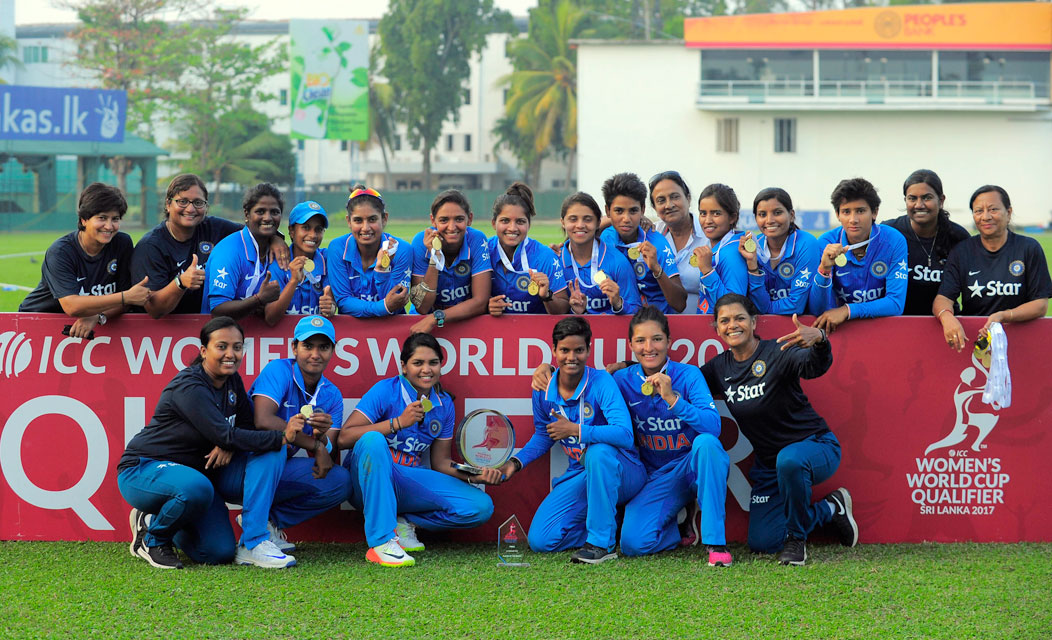 Stand-in captain Harmanpreet Kaur lifted India to a thrilling last-ball victory over South Africa in the final of the ICC Women’s World Cup Qualifier 2017 at the P. Sara Stadium on Tuesday.

Having been put in to bat after India won the toss, Lee and Wolvaardt were brutal on the offside in the first ten overs, driving expertly. They waited for the loose ball outside the offstump-line that granted them width and attacked. They put the fielders under pressure and had the bowlers hunting for the right lengths.

Lee (37) was quick to despatch anything loose over the infield, smashing three fours and three sixes off 31 balls.

Van Niekerk was adept with the reverse sweeps during a 53-run fifth-wicket stand with du Preez. Sune Luus’s 29-ball 35, with two fours and as many sixes, in the company of the tail was more than a cameo, pushing South Africa to its highest total against India.

Going into the break, it wouldn’t have guessed that would not have been enough. Besides, India had never chased more than 232 successfully, and it was without Mithali Raj, its regular captain and best batter of the tournament, out with an injured hamstring.

South Africa captain Dane van Niekerk: “Even though they had a partnership going, we always knew they were in fours and at one stage they needed even six an over. We were in the driving seat, but India are a quality team and the experience of Harmanpreet Kaur coming in … they showed it today.

“It was a really good score and we were really happy. But if we had somebody who went on like Deepti to score 70-odd, would have made life a lot easier and probably an extra 20 runs to work with.”

Set to chase 245, India had all but lost its way after a flurry of wickets but Kaur kept her cool to score the nine runs required off the last over from pace bowler Marcia Letsoala.

With just one wicket in hand and only one run scored off the first four deliveries, India did not have much going for it but Kaur heaved a six over the mid-wicket fence off the penultimate delivery and then a lofted shot towards long on brought the two runs required off the last ball. Rajeshwari Gayakwad scampered home to complete the double as other Indian players ran on to the ground in celebration of a memorable win.

Said India captain Kaur: “To be honest, I was waiting for that ball because that is my strong area. I know like we needed nine runs in the final over and I was going to hit the ball. If we run then we will go for two runs. My partner also did a great job and ran two runs. It was a totally team effort from our side.”

It was a creditable win with India without captain and star batter Mithali Raj due to a hamstring pull suffered during the previous match against Pakistan, while already missing pace bowler Jhulan Goswami and opener Smriti Mandhana due to injuries ahead of the tournament.

India had gone into the match with a slight edge as it had beaten South Africa by 49 runs in a Super Six match and possessed a battery of slow bowlers who had looked capable of bothering the opposition, but South Africa had seized the initiative early on with some fine batting.

South Africa captain Dane van Niekerk had said on the eve of the match that her team would play positively against the spinners and just about each of the team’s batter did that, showing fine footwork to negate India’s spin dependence and with only one pace bowler in Shikha Pandey in the playing eleven.

India and South Africa, along with Sri Lanka and Pakistan, have qualified for the ICC Women’s World Cup 2017 in which they will join Australia, England, New Zealand and the West Indies. The four top teams from the tournament also made the ICC Women’s Championship while the top six – Ireland and Bangladesh being the other two teams – are assured of ODI status for the next four-year cycle.

Photo 2 caption: The 10th-wicket partnership batters Harmanpreet Kaur (left) and Rajeshwari Gayakwad embrace upon India attaining the chase target of 245 on the final ball of their innings. Photo: ICC

Photo 3 caption: SA opener Lizelle Lee showcased her hard hitting in the tournament, earning her well on top of the highest strike rates recorded in the tournament, and her quick-fire 37 on Tuesday helped the South Africans off the mark with a powerful momentum, after being put in to bat by India. Photo: ICC

Photo 4 caption: Former skipper Mignon du Preez (left) top-scored on the day with a well-earned 40, and current skipper Dane van Niekerk (37) won accolades all round after she earned best-bowling figures among the SA bowlers with 10 wickets in six matches, her contribution of 87 runs in the tournament, and for her growing acumen as a leader on the field. Photo: ICC

Photo 5 caption: Sune Luus was recognised for her all-round contribution to the team when she was declared Player of the Tournament at the conclusion of the series. Luus’ eight wickets added to a top-3 batting average of 97, earned up and down the batting card, made her a stand-out element in the Momentum Proteas’ squad. Photo: ICC