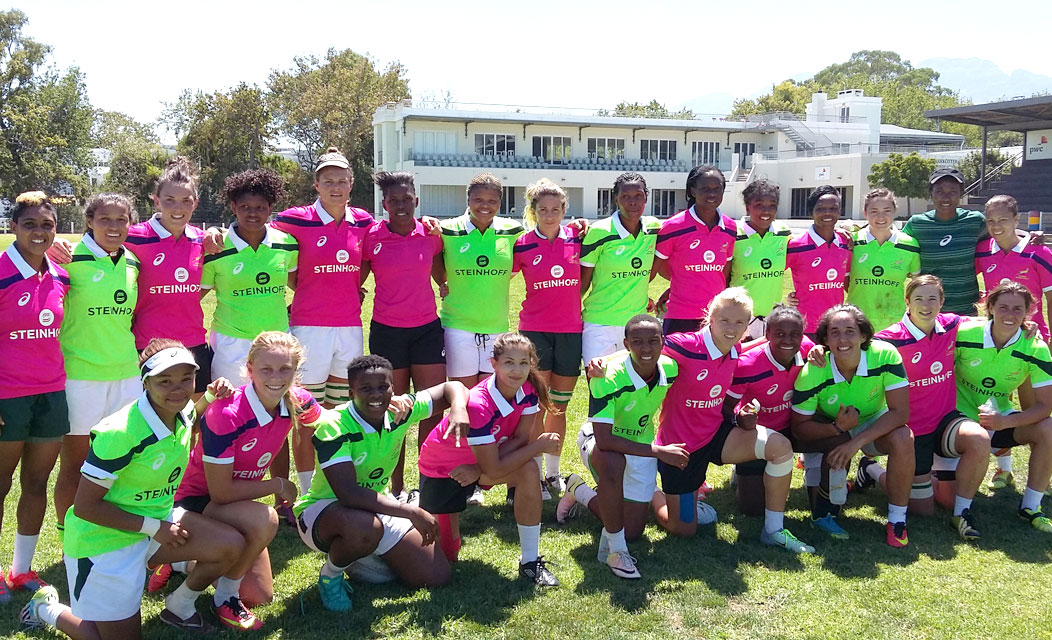 Springbok Women’s Sevens coach Renfred Dazel said on Saturday his team took valuable lessons from their training matches against an Invitational Sevens side in Stellenbosch, and that they still had work to do before the Vancouver Rugby Festival next month.

The Bok Women’s Sevens on Friday faced an invitational sevens side comprised of provincial players to improve their match fitness and test player combinations before the Vancouver tournament on 9 and 10 March.

Another round of matches were scheduled for Saturday, but the games were cancelled.

The Vancouver tournament will be followed by the World Rugby Women’s Sevens Series Qualifier in Hong Kong on 6 and 7 April, which Dazel’s charges have to win to play their way onto the circuit as a core team for the 2017/2018 season.

“We certainly achieved our objectives from having these training games because we now know where we are as a team and what we need to do to play the quality of the rugby we would like to display,” said Dazel.

“We also had the opportunity to test our player combinations and structures, which is pleasing.

“We took positives and negatives from the matches. Our attack was particularly impressive at times, but I would like to see an improvement in our defence. The international teams will pose a much greater challenge all around, and the players know that, so we have hard work ahead in the next few weeks.”

“Chané played her first match in a year and Megan in seven months, and it was pleasing to see how easily they got back into the swing of things,” said Dazel. “They both played really well and I am excited to see them back on the field.”

The bad news for Dazel, however, was that Lamla Momoti suffered a knee injury. The seriousness of the injury will be determined later in the week.

Commenting on the Invitational team, Dazel said the matches offered the players and coaches a fantastic opportunity to showcase their talent.

“The Invitational players and coaches certainly benefited from this opportunity, as they were able to show what they can do against the national team,” said Dazel. “We were very impressed with some of the players’ performances, and the way they rose to the challenge.

“It was also good to work with the coaches, who not only had the chance to see how we do things, but who also showed how they can bring the best out of players who only got together a few days ago.”

The Springbok Women’s Sevens will have Sunday and Monday off to rest following a full week of training and Friday’s matches, and will resume training on Tuesday.

They will depart for Vancouver on Thursday, 2 March.

Photo 1 caption: The Women Bok Sevens and Invitational Sevens squads relax after a tough weekend’s training in Stellenbosch, ahead of the national squad’s departure for international fixtures coming up in Vancouver and Hong Kong. Photo: Supplied

Photo 3 caption: One of the new entrants to the squad, Zintle Mpupha is pictured working on her kicking skills at Bok Women Sevens squad training, during the afternoon field session. Photo: Supplied

Photo 4 caption: The Bok Women’s Sevens replacements waiting for their turn to take to the field against the Invitational 7s side in Stellenbosch. Coach Dazel expressed his satisfaction at the experienced gained by the Invitational Squad and its coaches during the training camp. Photo: Supplied

Photo 5 caption: Bok Women’s Sevens discuss the challenges that await them in their goal of prequalifying as one of the core teams to participate in World Rugby’s Women’s Sevens Series during a team talk. Photo: Supplied