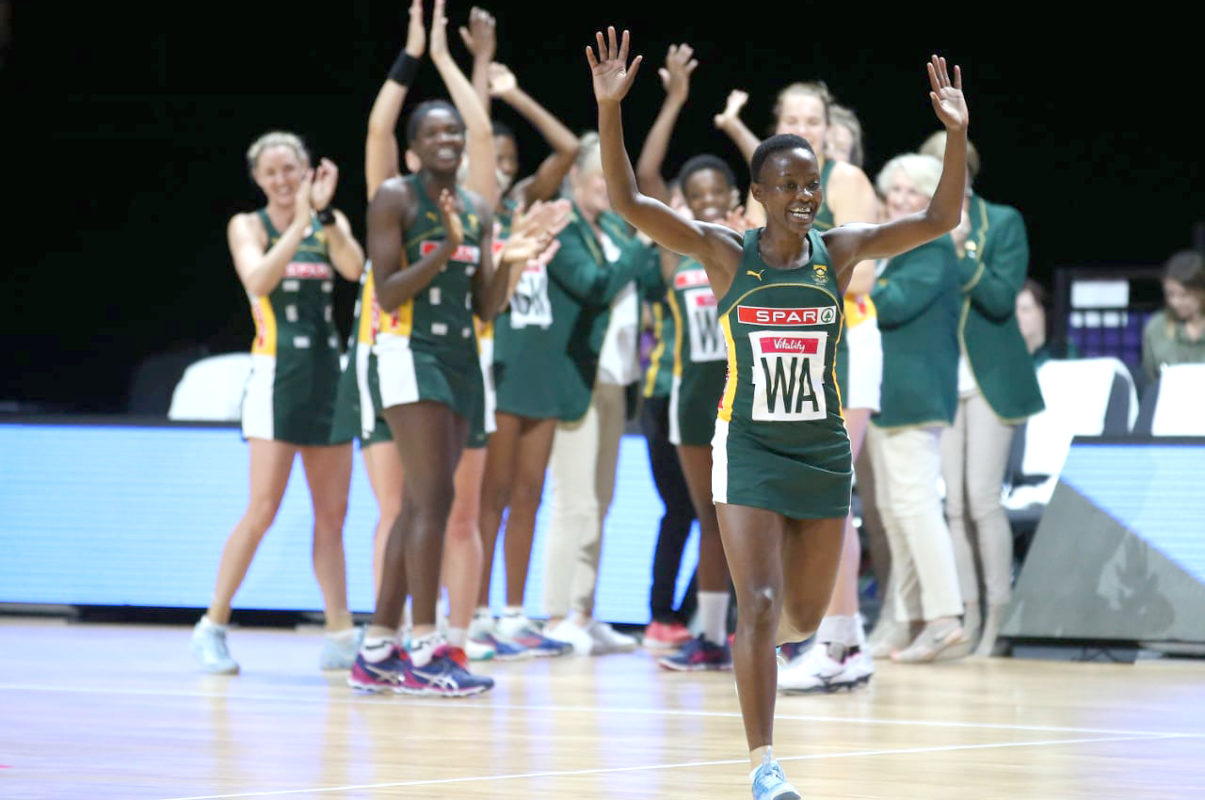 This is the second win for the South Africans who were successful in their opening match against Trinidad & Tobago last night, score: 76-45.

Coach Norma Plummer’s side have continued to make waves at the tournament in Liverpool as they have set the bar after obtaining the highest score at the Netball World Cup so far.

Sweet Victory for Captain Bongi On Her 100th Appearance

The team’s captain, Bongi Msomi, step onto the court receiving her 100th appearance for the Proteas and to top it all off her performance on the night saw her being named the Player of the Match.

Tomorrow, the ladies will be in action once again as they will take on Jamaica.

Next Fixture for The Proteas
14 July – Jamaica vs South Africa, 17h00

Photo 3 Caption: Lenise Potgieter boasted a 97% goal-scoring success rate for the South Africans, who are now two for two ahead of their third fixture, against Jamaica at 5pm on Sunday. Photo: Supplied