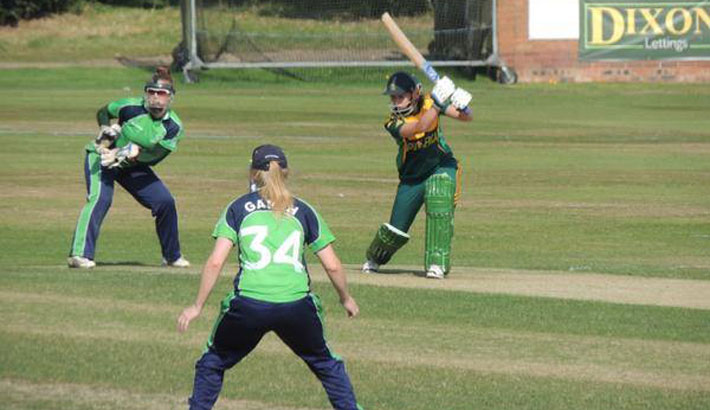 The Momentum Proteas women bounced back well with Twenty20 (T20) double-header victories against Ireland, following a disappointing series against England. Their triumphs see them secure a series win, as they go two-nil up in the three-match contest at the Moseley Cricket Club in Solihull on Tuesday.

They won their morning match by an emphatic 56 runs after they were asked to bat first Ireland’s skipper, Isobel Joyce. South Africa were restricted to 127/5 thanks to the captain’s 3/16 and Kim Garth’s 2/33.

The visitors’ leading run scorers were Bernadine Bezuidenhout and Marizanne Kapp (31), with Bezuidenhout smashing 34 runs from 27 deliveries – including five fours, to help her side out of trouble after they had lost Dané van Niekerk (11), Trisha Chetty (11) and captain, Mignon du Preez (2) cheaply.

Chloe Tryon played an impressive innings, returning unbeaten for 28 off just 12 balls, including three fours and a six, to move her side to a respectable total.

Ireland’s response was curtailed by a fierce bowling attack led by Tryon, Van Niekerk and Ayabonga Khaka, who took two wickets each to bundle them out for 71.

“I was really happy with our performances today,” du Preez said. “The team have learned a lot from the England series and we have executed most of our learnings well here.

“Of course there is always room for improvement, but to see the drive shown by the team to bounce back hard and show that dog fight that South African teams are well-known for, made me proud as a captain.”

In the afternoon, South Africa beat Ireland by 46 runs after they were once again put in to bat first. Du Preez and Chetty redeemed themselves, scoring 69 from 42 balls and 53 from 47 respectively to lead their side to a solid 161/5 at the end of their innings.

The junior bowlers put their hands up, seeing Suné Luus and Khaka take eight wickets between them, finishing with exceptional figures of 4/21 and 4/23 respectively to restrict the opposition to 115/8 for a convincing victory.

“It’s great to have the series wrapped up already, but we still want to end this tour on a high when we play the last game tomorrow,” du Preez continued.

“While we wanted to win against England really badly, the most important thing for us was the experience that we gained and will take home with us to use to prepare for our next tour.

“For now, we still have one more match to play and we have to push ourselves that much harder to make sure that we iron out some of the creases from today’s games,” she concluded.

The last match will be played at the same venue and will start at 14:00 (South African time). Live score updates will be hosted at www.crichq.com.

Photo 1 caption: Momentum Proteas all-rounder Marizanne Kapp drives square of the wicket during the first of South Africa’s IT20 double-header against Ireland at the Moseley Cricket Club in Ireland on Tuesday, 9 September, 2014. The visitors comfortably won both fixtures to win the series ahead of Wednesday’s series finale. Photo: Cricket SA on Facebook