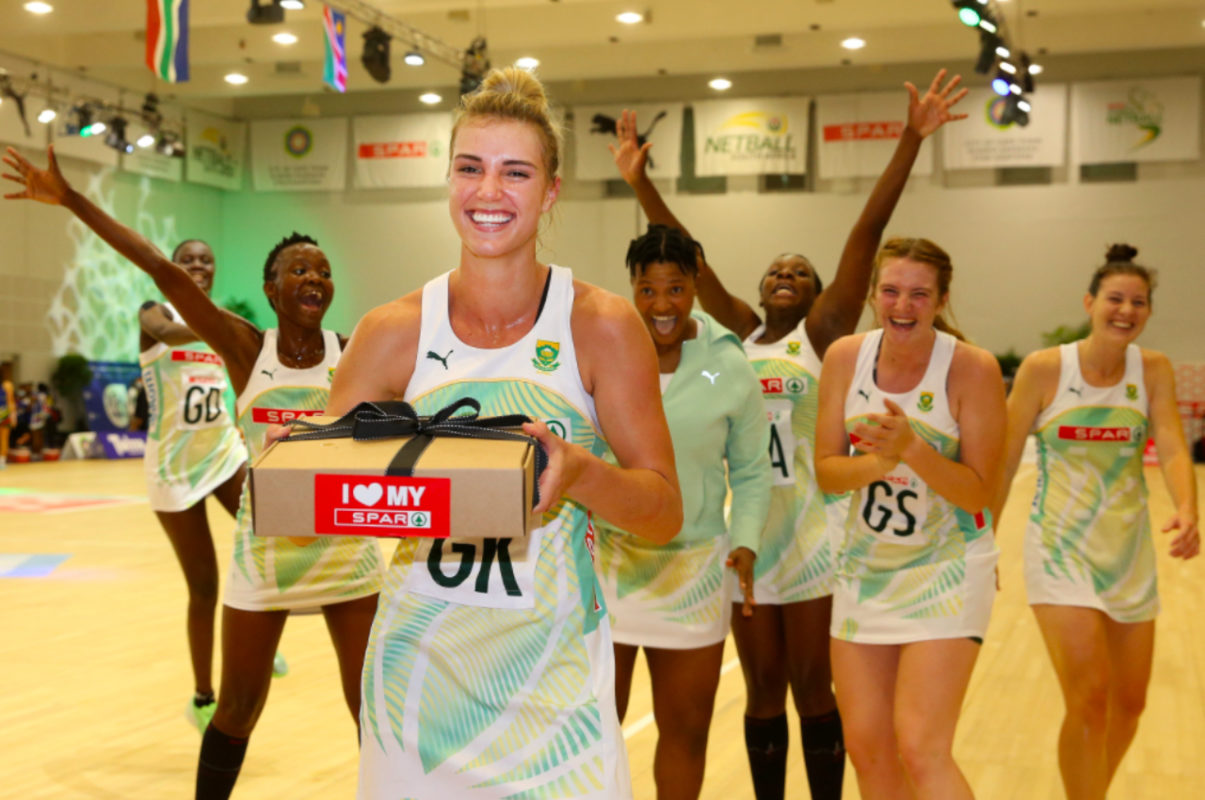 The SPAR Proteas team marched on to title victory and remain unbeaten in the SPAR Challenge International Tri-Nations Series after beating Namibia 59-26 on Tuesday, 30 March 2021.

The South Africans went into the match high in confidence as they were yet to lose in the series as they got off the mark very quickly, dominating the first quarter and went to win it 12 -5. As much as South Africa were putting pressure on Namibia, they were guilty in most instances of not taking their chances.

Dorette Badenhorst made a few changes to her team giving players like Tshina Mdau, Chantelle Swart and Nonsikelelo Mazibuko a starting run. Some of the familiar faces got to start the match watching from the side lines. This was probably a strategy from the coaches to make sure that some of the players are ready and well rested for the final match against Uganda on Wednesday afternoon.

Namibia threw everything that they had at South Africa and made sure to challenge the SPAR Proteas and push them as much as they could, however Badenhorst’s charges held their own to maintain their lead.