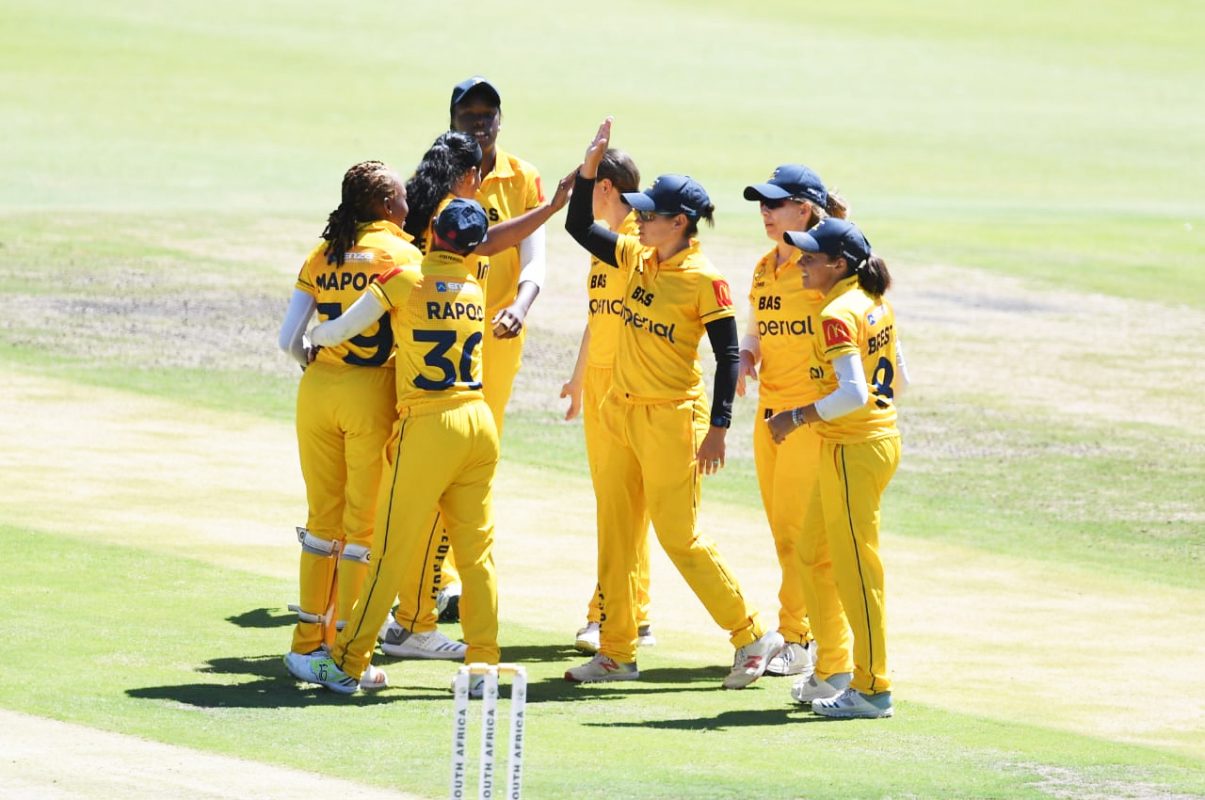 Provincial Teams Turn Up the Heat in CSA T20 Action

Imperial Gauteng Lions Women recorded a second consecutive win over the past weekend as they beat Eastern Storm Women at Imperial Wanderers Stadium in the CSA Women’s Provincial T20 Cup on Sunday, 13 February 2022.

In the first of the Top 6 matches, the Lionesses won the toss and chose to bat.

They posted a total of 120/8 with Kirstie Thomson once again showing her batting prowess top-scoring 69 (54). While, Thembi Mokgohloa took three wickets for Easterns.

In return, Easterns fell 29 runs off the target as they managed to put 91/8 on the board, with Bernadette Greeff top-scoring 29 (40). Yolani Fourie took three wickets for the Lionesses.

In the second Top 6 clash at SuperSport Park in Centurion, Titan’s Women won the toss against Senwes North west Dragons and chose to bat.

Titans fought hard to put runs on the board with Amogelang Maphangula unbeaten on 33* (28) as the Daisy Ladies put on 111/3.

In the run chase, Elandri Janse van Rensburg fell short of a half century on 40 (48), but Izel Cilliers managed to steer her team to victory top-scoring 55 (51).

In the run-chase, Nicole de Klerk top scored for the KZN side but it was not enough as wickets fell at regular intervals. Coastal fell 33 runs short of the target as the Western Province team continued in their winning form.

In the Pool A clash at Buffalo Park in East London, Border Women continued from where they had left off on Saturday when they won the toss against Kei Women and elected to field.

Bowling sensation Khayakazi Mathe showed her skill with the bat as she was unbeaten for Border Women on 35* (16).