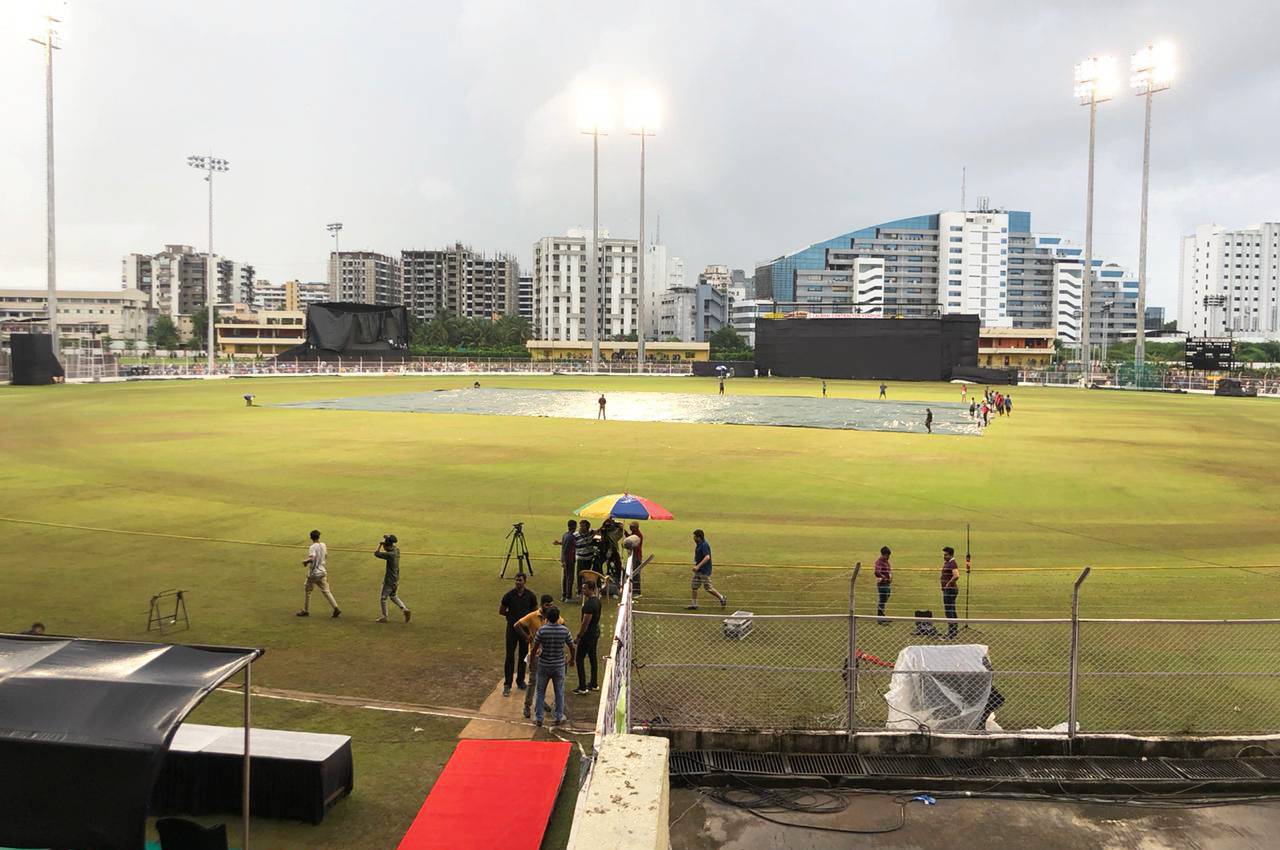 Rain was again the winner as the third T20 international between the Proteas Women and India was abandoned without a ball being bowled in Surat on Sunday, 29 September.

The match, scheduled to take place at Lalbhai Contractor Stadium, is the second successive one in the five-match series to suffer the same fate.

It meant that the hosts stayed 1-0 ahead with match four set to take place at the same venue on Tuesday, 1 October, 2019.

Not a pretty sight in Surat. We’ve just had some rain which has forced the covers on and sent the players scurrying for cover. Fans remain hopeful ? Packed house here already and no more fans are being allowed in. #IndvSA #ProteasWomen pic.twitter.com/1SKZCaWvWo

Proteas Squads for Tour of India:

Photo 1 Caption: Rain forced covers onto the field as India were set to play the Proteas in their third T20i match on Sunday, 29 September. The hosts remain in the lead, 1-0, and will battle again on Tuesday. Photo: Kass Naidoo

Photo 2 Caption: The cricket officials sussing out the conditions of the field during inspection that eventually ended in the match being abandoned. Photo: Kass Naidoo