Ramalepe Eager to Lead Banyana to Victory Against Lesotho 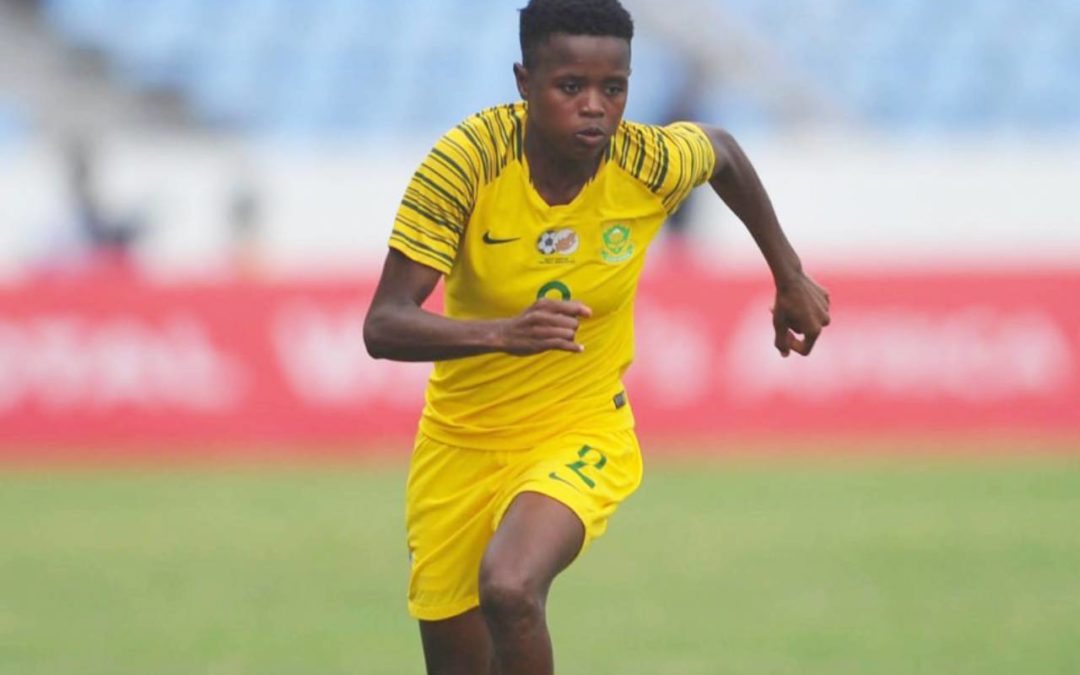 Banyana Banyana will play their first game of the year in an international friendly match against Lesotho on Sunday, 8 March 2020, at Tsakane Stadium, and stand-in captain Lebohang Ramalepe is looking forward to leading the national team.

Ramalepe has been given the armband by head coach Desiree Ellis who has made several changes to the squad as she looks to give more players a chance to prove themselves within the national team structure.

With the absence of Janine van Wyk and Refiloe Jane, Ramalepe takes over the duties of captaining the team.

“I am happy because I have been waiting for this moment,” Ramalepe told SAFA Media.

“I remember one time I grabbed the armband from Fifi’s (Jane) hands and I said one day I will wear this armband.”

“We know what is expected from us.” – Banyana Banyana stand-in captain, Lebohang Ramalepe

Being one of the senior players in the squad that was selected for this friendly match there is a lot of responsibility on her shoulders to lead by example.

“It’s a huge responsibility because we have so many young ones in this team so we (the older players) have to motivate them and show them the ropes.

“But, it’s also not that difficult because we have been in this team for so many years, so we know what is expected from us, so we have to make sure that we keep the kids motivated to do better.”

The last time that national team was in action was in November 2019 against Japan and with new players coming in, Ramalepe insists that their morale has not been affected.

“[For the new players] it’s a matter of them adjusting to the game plan of the team so I believe that even with coach calling them, she saw something in them of which it will help boost the team.”

The match between South Africa and Lesotho is set to kick off at 15h00.