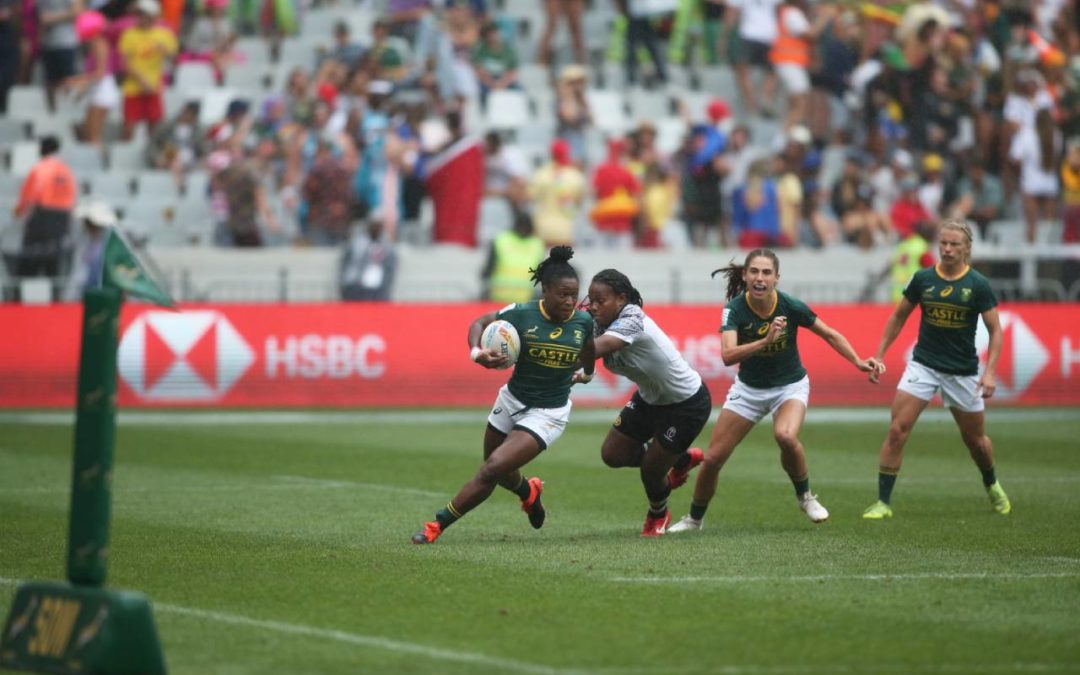 The Springbok Women’s Sevens team were drawn with China, Poland and Mexico in Pool A of the inaugural HSBC World Rugby Sevens Challenger Series tournament for women, to be played on 28-29 March at Danie Craven Stadium in Stellenbosch.

Japan, Papua New Guinea, Kazakhstan and Belgium will contest Pool B, and Scotland, Kenya, Argentina and Colombia will play in Pool C. The pools were announced in Vancouver on Friday.

There will be familiar faces in abundance in Pool A as the Imbokodo have played all three opponents in recent tournaments. They beat against Mexico in the 2018 Rugby World Cup Sevens tournament in San Francisco, but lost to China in the final of the Hong Kong World Series Qualifier tournament earlier that year.

The Imbokodo played against Poland twice at invitational tournaments in France in May last year, winning both matches albeit with tight margins.

“It is a tough pool, perhaps the toughest of the three,” said Delport.

“China are possibly the form team going into the tournament and have played as recently as last month in the World Series event in New Zealand as the invitational team.”

Delport feels the tough pool could benefit his side, who last played at international level in December 2019 at the HSBC Cape Town Sevens.

“It’s important for us to have tough games in the pool to be prepared for the knock-out stage, which is our first aim on day one. In that regard, we couldn’t have asked for better opponents with China and Poland in our pool,” said Delport, who added that the confirmation of the pools has heightened the excitement in his squad.

“With the schedule now finalised, we can start planning and preparing in all earnest and purpose. We are celebrating International Women’s Day on Sunday, so this will put the Imbokodo in the spotlight at just the right time.

“To host this tournament is testament of what SA Rugby is doing for our women’s game and we are determined to deliver a good performance in front of our home crowd,” added Delport.