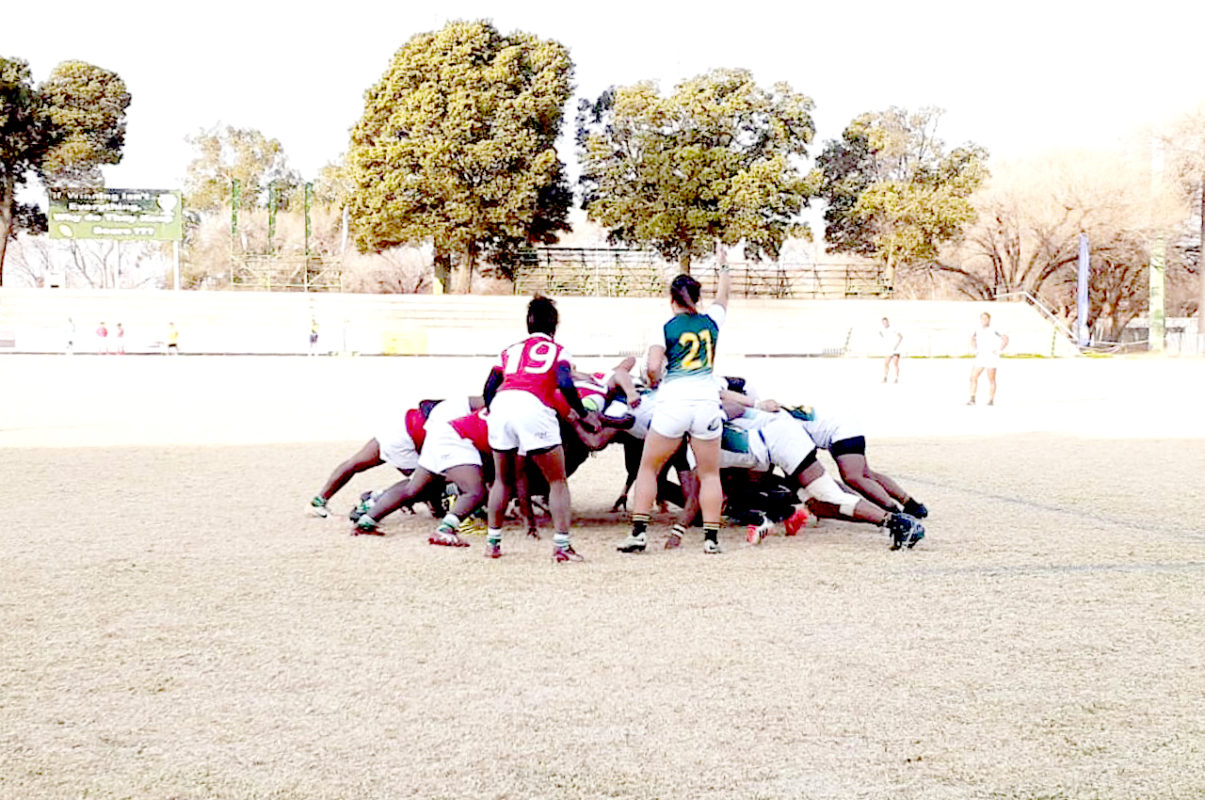 Springbok Women’s coach Stanley Raubenheimer named a similar team to that which stamped their authority in the opening two matches of the 2021 Women’s Rugby World Cup Qualifiers for their winner-takes-all match against Kenya at the Bosman Stadium in Brakpan on Saturday, 17 August, 2019.

The two changes to Raubenheimer’s starting team see Nqobile Mhlangu replace the injured Ayanda Malinga on the wing, while Sizophila Solontsi comes in at flanker for Lusanda Dumke, who moves to the bench in a rotational switch. The other change among the replacements was the inclusion of the versatile Vuyolwethu Maqolo, who fills the void left by Mhlangu.

The Springbok Women and Kenya will enter the match undefeated after both sides won their first two matches with bonus points. The hosts, however, boast a superior points’ difference after registering convincing 89-5 and 73-0 victories against Uganda and Madagascar.

“One of the changes were injury-enforced as Ayanda picked up a shoulder injury against Madagascar, and I felt that Lusanda has played a lot of rugby this year, so we decided to give Sizophila a chance in the starting team,” said Raubenheimer.

“She has been working hard and deserves an opportunity to start,” he added.

“Hopefully we can counter whatever they throw at us and be successful in doing so.” – Springboks head coach, Stanley Raubenheimer

Raubenheimer was wary of the threat Kenya posed and pointed out that his side will have to counter what gets thrown at them on matchday.

“They stated that they are coming here to qualify for the World Cup, so we are expecting them to deliver good set pieces and move the ball around. Hopefully we can counter whatever they throw at us and be successful in doing so.”

He, however, was confident that if his team stuck to their structures, they could qualify for the international showpiece.

“It will be important to dominate territory and possession and be accurate in the execution of the game plan we have for them. If we do that well, I think things will go well for us,” the Springboks coach ended.

Uganda and Madagascar will meet in the first match on Saturday at 13h00, with the Springbok Women taking on Kenya at 15h00. Both matches will live streamed on https://livestream.com/baruchmedia/WomensRugby.

Photo 1 Caption: The Springboks will look to carry their positive form into their deciding 2021 Rugby Women’s World Cup match against Kenya at the Bosman Stadium in Brakpan. The team is pictured in action against Madagascar on Tuesday, 13 August, 2019, beating their opponents 73-0. Photo: gsport