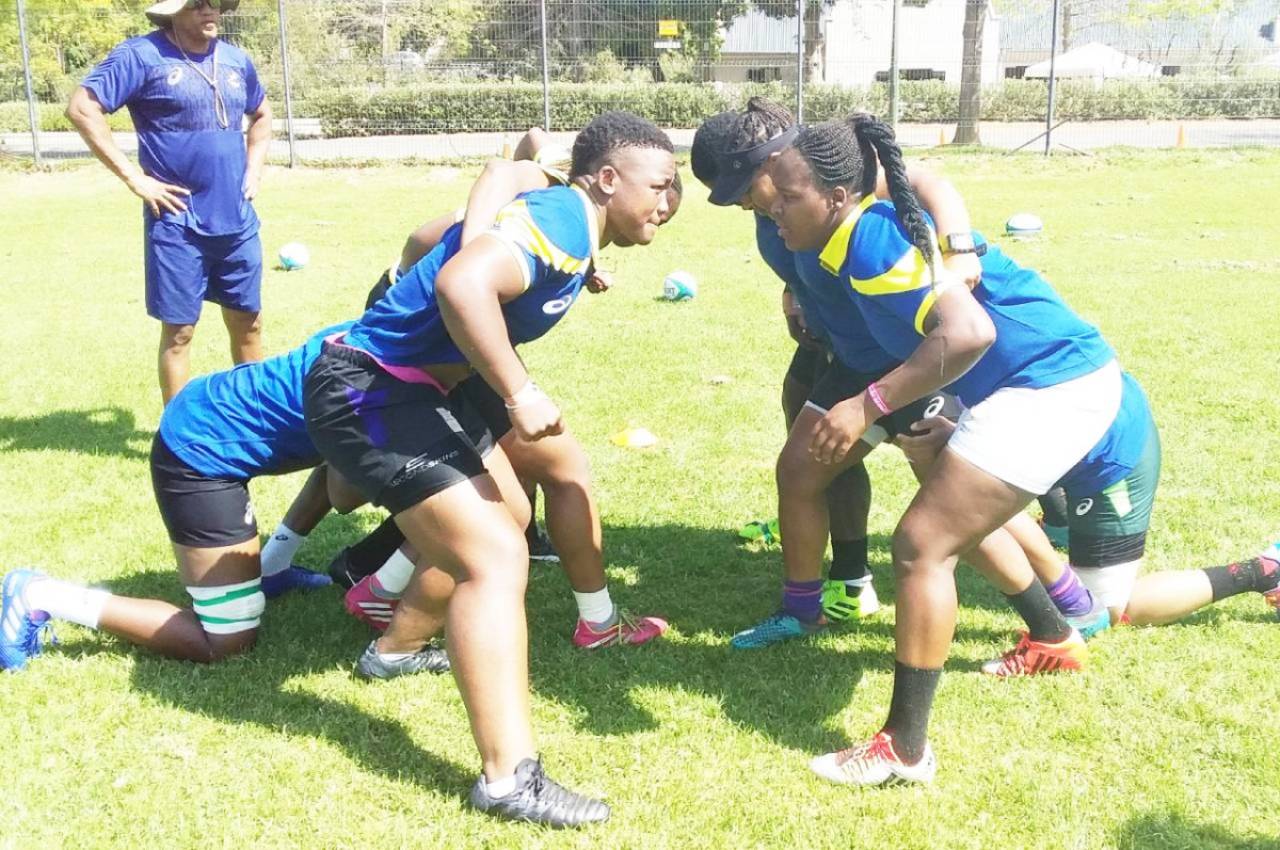 Springboks coach Stanley Raubenheimer reshuffled his team for their series decider against Scotland at the City Park Stadium in Cape Town on Saturday, 5 October 2019, making six personnel changes to his starting side for the clash.

Shuneez van Heerden (winger) will make her debut after being named in the run-on team, while Prelene Pegram (lock) and Noxolo Mankayi (prop), who have retained their places among the replacements, also stand a chance to make their debuts.

Van Heerden’s inclusion on the left wing sees Piwokuhle Nyanda move to the right wing, with Nomawethu Mabenge moving to the bench, with the other changes in the backline seeing Chuma Qawe (fullback), Sesethu Mtshazi (centre) and Unam Tose (scrumhalf) earn their first starts.

The two changes among the forwards were at hooker, where Annique Geswind starts in place of Lindelwa Gwala, and Edwaline Dickson (No 8) comes in for Aseza Hele, who is nursing an ankle niggle. Gwala and Hele will provide cover off the bench.

“Aseza is nursing an ankle injury, so we have opted to include her on the bench,” said Raubenheimer.

“This will offer us an opportunity to see Edwaline in action from the outset, while Unam, Annique and Chuma have made a good impact off the bench and deserve a chance to start. We are also excited to see what Shuneez can do on the wing.

“This is obviously a very young team, but the reason for the changes is so that we take stock of the players we have and see who we can work with in the next two years in the lead-up to the 2021 Rugby World Cup.”

Raubenheimer expected Scotland to pose another big challenge on Saturday and said: “They showed what they can do if they spread the ball, with their quality handling skills, but at the same time our defence was very poor in our last outing.

“We know it is going to be a tough encounter, but if we can come through the match with the players showing good character, I will be pleased.”

Despite fielding a young team, Raubenheimer was excited about the clash and said: “I would like the players to remain composed and execute the areas of the game we worked on this week effectively. This is another good opportunity for them to test themselves at this level and I am looking forward to seeing what they have to offer.”

The match kicks off at 15h00 and will be preceded by the SA Rugby U19 Championship final between the Vodacom Blue Bulls and DHL Western Province at 12h30. Both matches will be streamed live on www.springboks.rugby.

Photo 1 Caption: The Springboks preparing to take on Scotland in the final test match on Saturday, 5 October 2019, at City Park Stadium in Cape Town after a 47-5 defeat on Monday evening. Photo: @WomenBoks on Twitter