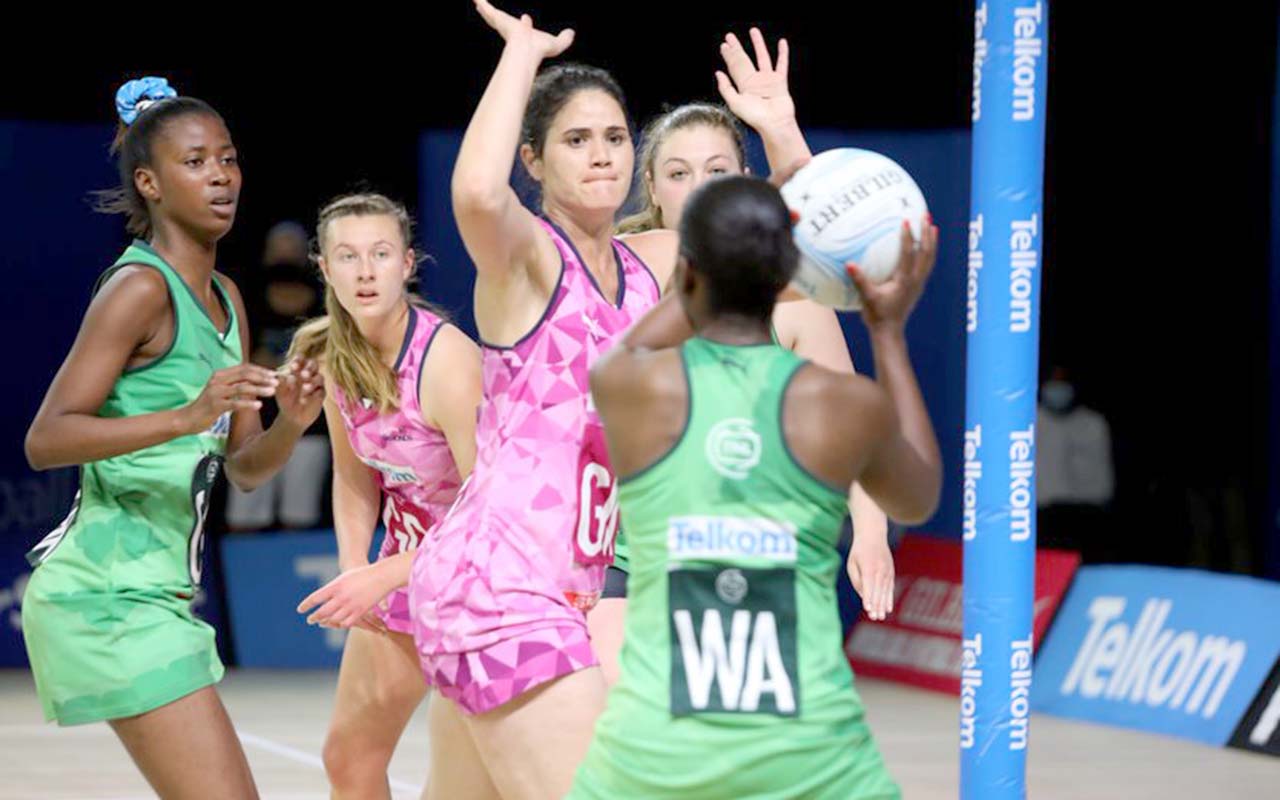 The Eastern Cape Aloes redeemed themselves in the Telkom Netball League against Northern Cape Diamonds in Rustenburg, winning 50-46 on Sunday, 10 October 2021.

It was a competitive start to the game for both sides as they were only separated by just two goals in the first quarter, but Aloes took charge from the second quarter and widened the gap by half-time. A granite-tough performance from Diamonds in the dying minutes of the game couldn’t get them over the line despite closing the gap to just four goals in the end as Aloes had too many answers to the questions posed on court.

Eastern Cape Comets shattered Limpopo Baobabs in the last quarter to win the game 53-48. Comets found their rhythm from the word go and won the first quarter but a plethora of unforced errors in the second and third quarter, forced the team to now play catch up against Baobabs.

Baobabs had to keep their heads up high after one of their key players, Theoner Mthombeni was stretched off the court during the game and replaced by Mphephu Ndivhuwo, who certainly understood the assignment. Mthombeni’s injury affected the teams’ morale which even resulted in captain, Nthabiseng Mothutsi, being sent off following several cautions from the umpire. Comets Goal Attack, Asekho Njeza’s goals in the last two minutes proved decisive and sealed the match.

“We started the game very well, according to our game plan and then Wonga got injured. I had to put in Mphephu, who did very well after I spoke to her,” said Baobabs’ coach, Anna Ledwaba.

“Both teams were playing their best and my team lost focus because of the pressure even though they were trying. We now have to sit together and rectify our mistakes and motivate them so that they can keep their cool,” Ledwaba concluded after the game.

Another dramatic encounter between Kingdom Queens and Mpumalanga Sunbirds saw the Queens stage a comeback to win 37-34. Sunbirds led for the first two quarters, but Queens added pressure which forced their opponents into panic, subsequently shooting up their error rate, while Queens set up a solid finish by a small margin. This was Queens’ second win after eight games and the next four games for Sunbirds will be crucial to secure that semi-final berth.

The much-anticipated match between Gauteng Jaguars and Free State Crinums saw the Gauteng side earn a 45-39 victory.

Crinums had a hundred percent shooting average at half time, but they were unable to hold on to their 21-19 lead in the second quarter. The first quarter developed into a see-sawing battle with the Jaguars leading by three, but the defending champions used their strength and aerial ability to nullify Crinums’ attacking efforts from the championship quarter to maintain their unbeaten run in the competition.

Southern Stings got off the hook in a thrilling encounter and defeated the Golden Fireballs 45-44. Both sides were well rested coming into this match as they only got their second leg campaign underway today.

Fireballs only recorded one win in the first leg following a poor string of results, but they displayed a sublime performance against the Stings. The return of key player, Kamogelo Maseko bolstered the squad, and it was quite evident in the shooting circle because both Maseko and Chanté Louw dominated and shut down the Stings’ defensive efforts.

However, Fireballs had two opportunities to equalize, seconds before the final whistle was blown but the Gauteng side failed to convert and make it count. Stings’ coach, Annelie Lucas implored her team to remain disciplined on court, “We knew it was going to be hard and we had no doubt about it. We wanted to see the ladies performing under pressure, but we let it slip a few times with our bad decision making. At the end of the day, a win is a win and I feel, a game like this, prepares you for the final.”