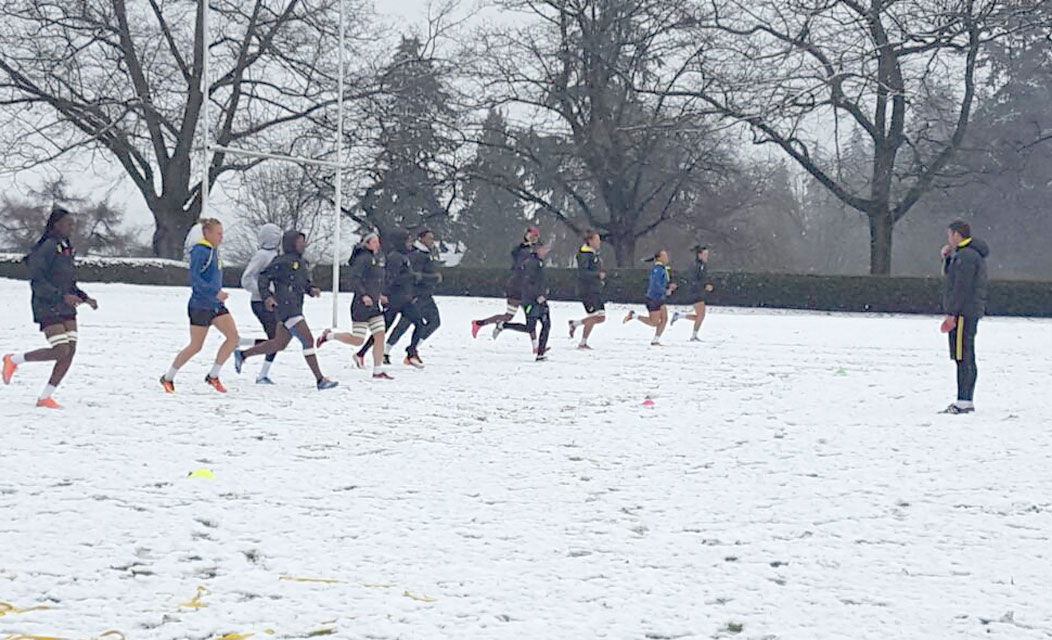 The Springbok Women’s Sevens team was bolstered by the return of three key players for the World Rugby Women’s Sevens Series Qualifier in Hong Kong from 6 to 8 April, while Megan Comley will make her debut for Renfred Dazel’s team.

Captain Veroeshka Grain (knee), Zenay Jordaan (back) and Nadine Roos (hand) have all recovered from the injuries that forced them to the sideline for the Vancouver Rugby Festival earlier this month, and will boost the experience in the group.

They replace Unathi Mali, Rights Mkhari and Eloise Webb in the squad respectively.

Comley, meanwhile, who featured for the SA Select Women’s Sevens in Vancouver this season, and the Roma Sevens and Hong Kong Invitational tournaments last season, will make her debut for the Springbok Women’s Sevens in what will also mark her first appearance in an official World Rugby tournament.

Dazel’s team has been drawn in Pool C with Colombia, Papua New Guinea and Italy for the pool stages of the competition, which will be hosted at the So Kon Po Recreation Ground on Thursday, 6 April, and Friday, 7 April.

The Cup semi-finals and final will be played on Saturday, 8 April, at the Hong Kong Stadium, where the seventh leg of the HSBC World Rugby Sevens Series takes place.

“Veroeshka and Zenay are women’s rugby stalwarts and will add immense experience and skill to the team, while Nadine burst onto the scene last year and has been a key figure in the squad, so I am pleased to welcome them back,” said Dazel.

“We have been working toward this tournament since last year, as a place as a core team on the Women’s World Series is at stake, so we need as much experience as possible on the field.

“Teams such as Columbia and Papua New Guinea may not be well known in Women’s Sevens, but we have learned through experience not to underestimate any opponent. We have no doubt that we will be tested in every match, so it is important that we are focused and on form from the first game.”

Of Comley’s selection Dazel said: “Megan joined us at the beginning of last season and she has worked very hard to reach this point. I must commend her for her determined efforts to achieve this feat, and I hope she enjoys the experience of playing at this level in Hong Kong.”

Dazel and his team will depart for Hong Kong on Friday.

Photo 1 caption: The base of the SA Select Women’s Sevens squad that acquitted themselves well by finishing runners-up at the Vancouver Rugby Festival in Canada will be bolstered by the return from injury of key players Captain Veroeshka Grain (knee), Zenay Jordaan (back) and Nadine Roos (hand) in the team’s ambitious efforts to win World Rugby’s Women’s Sevens Series Qualifier in Hong Kong next weekend, which would allow the South Africans entry to the elite 2017/18 World Rugby Women’s Sevens Series. Photo: SA Rugby