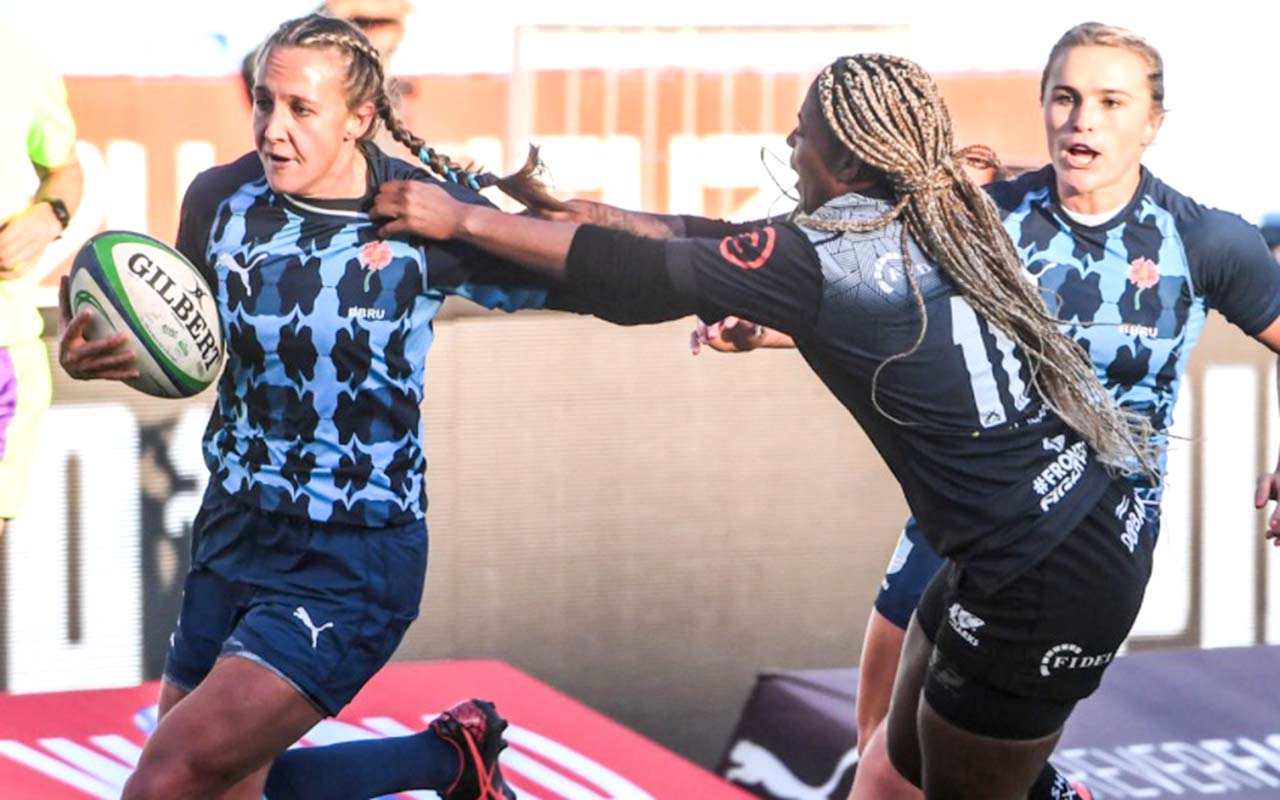 Western Province will take on Border Ladies in the Women’s Premier Division final on Friday, 16 July 2021, while Free State will meet MasterCard Golden Lions Women in the First Division final after the latter teams booked their places in the closing round of pool matches this past weekend.

In the only Premier Division match of the weekend, Blue Bulls Women held their nerve in a tight bottom-of-the-table clash against the Cell C Sharks Women for a 12-5 victory to finish their season on a high note.

The clash between Cell Sharks Women and Blue Bulls Women in Durban was tight from the outset as both teams tried to make their presence felt on attack and defence.

With both teams’ defence holding strong, the visitors entered the break with a slender 7-5 halftime lead after being awarded a penalty try, while the KwaZulu-Natalians managed to score once compliments of Mbali Bukhosini (centre).

The women from Pretoria added a try in the second half by flyhalf Libbie Janse van Rensburg, while they shut out the hosts completely on defence for a 12-5 victory.

Five players crossed the try-line for Free State as they defeated Griquas 41-10 in Bloemfontein to maintain their top spot on the log in their group and book a place in the First Division final.

Free State flyhalf Shandre Fouche scored twice for her team, while Thotwane Ntlhafu (centre) kept the scoreboard ticking with four conversions and a penalty goal to contribute 11 points to their score.

Mastercard Golden Lions Women flyhalf Nontuthuko Shongwe scored a brace as her team overpowered Valke 27-0 in Johannesburg, scoring five tries to none to advance to the final and have a shot at defending their title.

The Lions crossed the try-line twice in a closely fought first half, but they broke away in the second half, scoring three more tries to take their tally to five.

They backed up this attacking performance with a solid defensive display, denying the visitors a single point in the match.

Photo 1 Caption: The clash between Cell Sharks Women and Blue Bulls Women in Durban was tight from the outset as both teams tried to make their presence felt on attack and defence on Saturday, 10 July 2021. Photo: WomenBoks (Twitter)