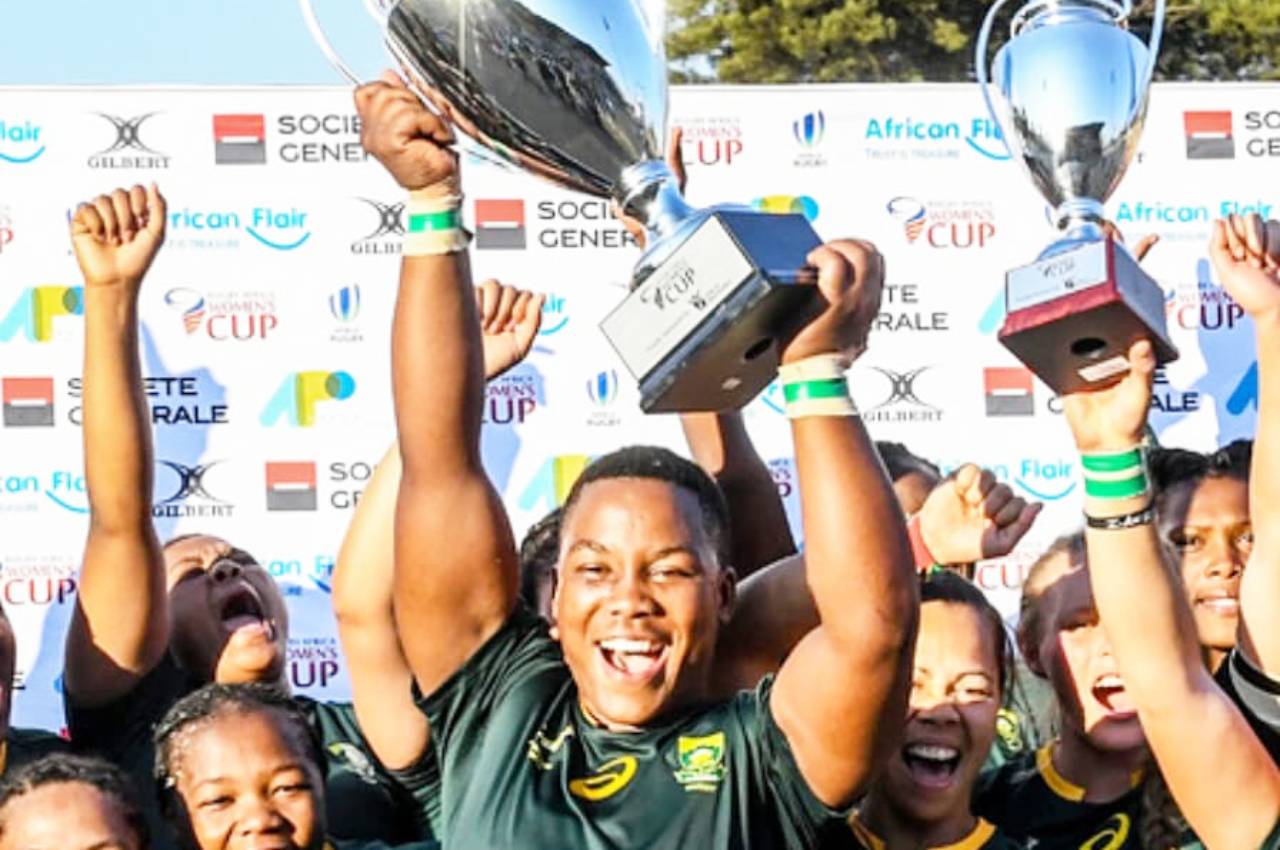 Latsha who has always dreamt of representing her country on the world stage signed a professional contract with the Spanish-outfit in December 2019, to become the first South African woman to achieve this feat.

gsport’s Celine Abrahams chatted to individuals from the University of Western Cape where Latsha attained her Bachelor of Laws Degree and moulded her rugby career, as they reflected on her journey and sent her well wishes for her future abroad.

15’s rugby team coach, Faiek Hendricks, touched on his time coaching Latsha saying, “Babalwa is such a humble and articulate person. She is the epitome of a player that would rise to the highest echelon in any sport, she is that focused! I was blessed that she chose rugby and having the pleasure of being her coach.”

“I knew she was going to be special, in a class if her own and she proved to be just that!” – UWC 15’s Rugby Team Coach, Faiek Hendricks.

Coach Hendricks continued as he praised her work ethic and how she has made UWC proud over the years.

“She is a team player and always works hard to be the best version of herself. She listens very carefully, is a fast learner, has no excuses, focuses on the job at hand and executes with absolute precision.

“She has done UWC proud over the past few years. She had risen through the ranks of women’s rugby here at a tremendous speed. Through her hard work and commitment, she had demonstrated leadership qualities that is rare to find in sports. When I got to know her, I knew she was going to be special, in a class if her own and she proved to be just that!

“To Babalwa, I wish you all the best in your next step of professional rugby. It’s been my joy to have seen you grow from strength to strength and please, stay as wonderful as you are. We will be missing you here, but happy to know your future looks bright,” Hendricks concluded.

“She has amazing work ethic and her desire to be successful in everything she does will take her even further in life.” – UWC Sevens Team Head Coach, Clement Trout.

Another coach who shares the same sentiments as Hendricks about Latsha is Sevens Head Coach, Clement Trout, who appointed her as the captain of the team.

“Working with Babalwa has been an absolute privilege, it is also very easy to work with her as she is the ultimate professional on and off the field.  She has amazing work ethic and her desire to be successful in everything she does will take her even further in life. Look at what she has achieved in such a short space of time which was no easy feat.

“I appointed Bibi (as she is known to us) as captain of the Women’s 7s squad not only because of her playing ability but she is a born leader and has the respect of her peers, players, administrators, coaches at different levels.

“Bibi’s new journey as a professional women’s rugby player is not only a big thing for UWC Sport or the UWC community but a massive step for women in sport, especially in the South African context, as young sports woman have been given hope that their dreams and ambitions to become professionals are possible. She is a pioneer and is very passionate about leading the way for woman in sport. We at UWC are very proud of her and will support her in whichever way we can, and she knows this will always be her home. I wish her nothing but success and hope she reaches even bigger heights.”

“She is a go-getter and takes pride in her workouts.” – Manager, Pulane Mokoena.

Manager, Pulane Mokoena, shared a close relationship with the Springbok captain and shed light on their journey together.

“It has been a pleasure working with her and such a humble person. She is known by various names those whom are close to her names like “Beast”, “Babes”, “Bibi”.

“She used every help she got. I told her when she got her WP colours that the next step was to the green and gold. She has leadership skills and she went all out to learn about the new sport that she had fallen in love with. She used YouTube and other platforms to learn about rugby. She is a go-getter and takes pride in her workouts.”

Lwazi Mzozoyana has also played a huge role in grooming Latsha and their relationship over the past five years blossomed.

“I met Babalwa in 2015, after coach Faiek Hendricks had asked me to join him to coach the UWC Women’s rugby team. I recall distinctly at the end of our second practice together, that as we huddled to initially pray as a team, I spoke about what we were going to achieve together.

“I spoke to young girls who were largely from violent and impoverished communities in the Cape Town area. Young girls who grew up in the face of everyday violence and had themselves in various ways been the victims of violence. Some of these girls had given up on the idea of a bright future, they stopped dreaming about changing their lives, because in their minds there was no reasonable prospect that anything would change and certainly not for the better. Some of these ladies had even given up on an education because they saw no point in it. But they had come to rugby practice to escape, even if for a few hours. Rugby was a moment to themselves that three times in a week, they could enjoy doing something they loved with people they became a family with. To them, that’s all it was, however, Babalwa was in that group.”

Latsha Has Always Wanted to Be a Global Star

“After our huddle Babalwa and one or two others stayed back and said they believe in this vision and want to try make it a reality. Babalwa responded by saying she wants to be the next Serena Williams and have a similar, if not, greater impact than she did. That was the beginning of our partnership to make her a global superstar,” Mzozoyana stated.

“Throughout the years our bond became closer, we set milestones and targets based on the vision that in five years she will be a global superstar. I told her that, however, whilst she was studying, her academics must be a priority. She made many sacrifices and gave up many opportunities of national call-ups, training sessions, matches and tours because of academics. Today she is a Law Graduate.

“Babalwa has become Babalwa Latsha, fully aware of her worth and being. She is a natural and inspirational leader, not only to her peers and community, but importantly in her family, where her little sister views her as an inspiration. I believe there is no greater inspiration than seeing a teammate, next door neighbour, classmate, who tomorrow is a global icon. She has inspired some of her teammates to re-write their matric exams in order to improve their marks, so that they can further their education. Many of her peers are inspired by her. Those who were sitting at home, have found work and are beginning to reshape their lives, others who may have been involved in gangs, have walked away from that life, in order to concentrate on rebuilding their family relations and re building their own future.

“One of her greatest legacies she has already begun to build is to show other women that they too are free to make their choice to play rugby, that the series of choices they make must be to fulfil their own aspirations. Further as many more of these women make the choice to play rugby, one day women’s rugby will have its own face, which is woman. It too, will be celebrated and enjoyed the world over.”

Photo 3 Caption: Babalwa Latsha pictured at the first-ever gsport #GAL2019 year-end gathering where she made the list of newsmakers for the year. Photo: gsport 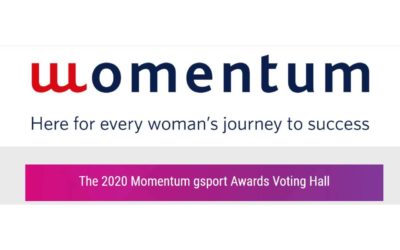 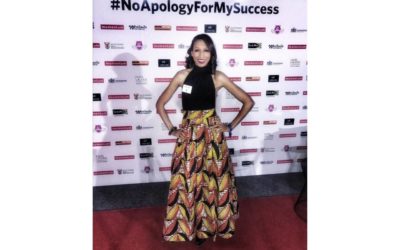 Excitement continues to mount as the #gsport15 Team grows leading up to the 2020 Momentum gsport Awards on Monday, 31 August 2020, as we unveil our Writer's Block who have taken up the... 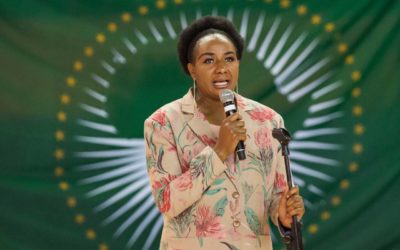 Honouring Women in Sport During the Month of August

South African women’s sport is on an upward curve with our athletes representing us with pride around the world, and there has never been a better time in history to stand together and rise as...