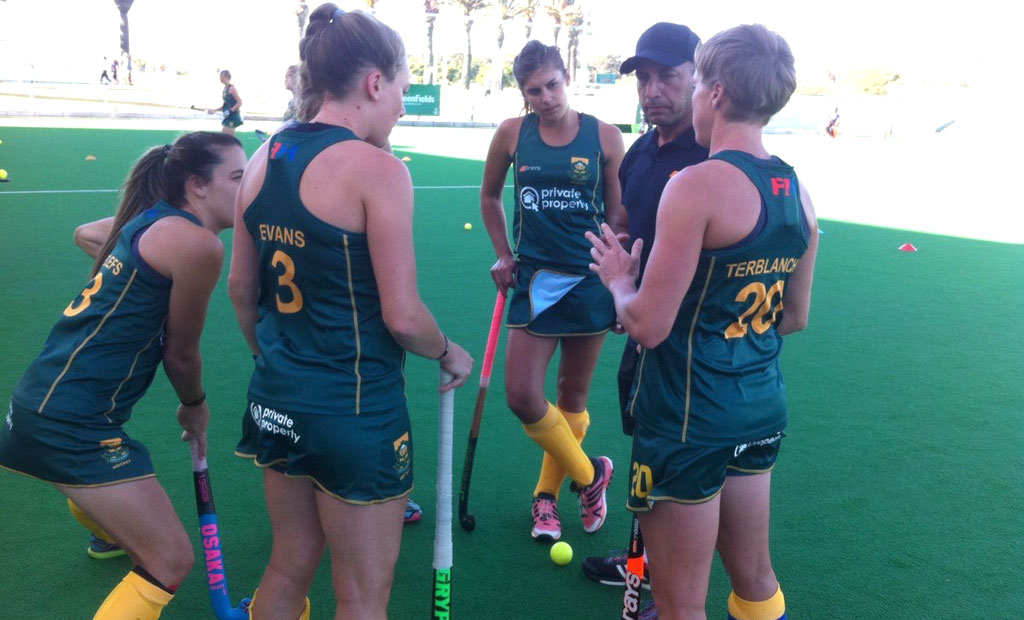 The South African Women’s hockey team started the Cape Town Summer Series at Hartleyvale with an easy 3-0 victory over Chile on Friday evening.

With four minutes left in the match local Western Province player Illse Davids scored the third and final goal of the game.

The halftime score was 2-0 after goals in the last minutes of both chukkas by Marizen Marais and Candice Manuel, also from Cape Town. The crowd really enjoyed the goals from the local players.

There is quite a gap between South Africa and Chile on the world rankings with SA in 13th place and Chile following in 23rd place. But it was obvious that the South Africans barely got out of second gear in this encounter.

Despite the lack of goals in the third chukka it was by far the local team’s most aggressive period of play, and left the South Africans desperately looking for goals in the final chukka, to give some weight to their performance.

If there is one aspect of play the coach Sheldon Rostron and his players would have been disappointed with, it will be the lack of more goals. While Chile barely looked like scoring during this encounter, the South Africans created many chances but did not use nearly all of them.

Against Belgium and China they will have to be sharper and deadlier on attack. But seeing that the team hasn’t played in more some six months, it should take a match or two for them to find their rhythm.
SA are next in action against China at 16:00 on Saturday.

Photo 1 caption: Despite a comfortable 3-0 opening Cape Town Summer Series win over Chile, coach Sheldon Rostron and his players will be disappointed no to have made more of the opportunities. Photo: Cheryl Roberts

Photo 3 caption: South Africa will face tougher opposition against world number eight China on Saturday, and again in the match to follow, on Wednesday, before a fourth fixture against Chile on Thursday. Photo: Cheryl Roberts