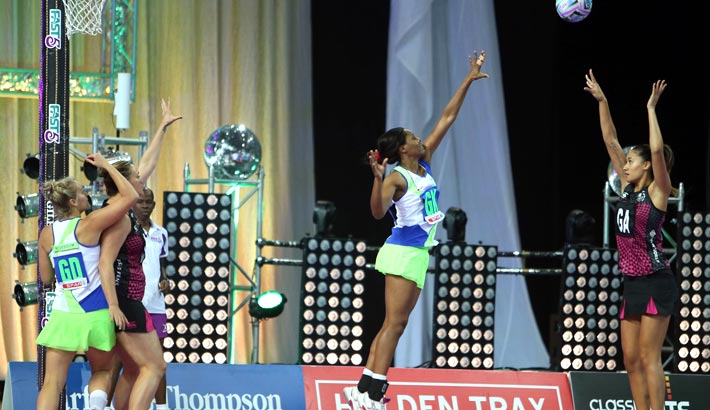 Two brave performances by the South African FAST5 team were not enough to secure a medal at the Fast 5 Netball World Series in New Zealand on Sunday.

After an excellent Day 2 in which SA beat Australia and Malawi to make it into the semi-finals they just could not land the goals that had given them the edge against two higher ranked teams on the world rankings.

Team SA fought their hearts out, but were edged by the unstoppable New Zealand, who never lost a game to clinch the Grand Final against Australia 56—27.

South Africans went down 14 – 27, in the first semi-final having done well to restrict the free-scoring Kiwis before losing out 17—44 to Jamaica in the 3rd Place playoff match.

In the semi-final SA will rue the fact that they failed to score in their power play which ultimately cost them the game. Nevertheless, they made it an uphill slog for the home side for much of the first spell, with both teams making nervous mistakes that cut down scoring chances.

Even with their in-form defender Vanes-Mari du Toit on the sideline in a wheelchair, the South Africans were sharp on defence and took an 8-5 lead into the first break.

Goal attack Maryka Holtzhausen collected some smart passes and kept the South African scoreboard ticking over in the second spell. By halftime the Ferns led 13-12, but such was the pressure exerted by SA that the Fern’s shooting percentage was forced down to only 43 per cent success.

South Africa’s captain, Holtzhausen described the encounter as ‘awesome’, but was left ruing an inconsistent second half performance. “Our power play was a bit shocking,” she lamented.

“They defended the post so well … Their defence in our power play was magnificent. We lost a bit of concentration; we were a bit anxious because we weren’t getting any shots, not even attempts.”

In the 3rd place playoff it was the shooting that let the team down, with the usually reliable Chrisna Bootha failing to find the form that SA had relied on so heavily to make it into the semis.

Despite matching the Sunshine Girls in open play, it was their failure to find the net consistently in the power play where they were ultimately beaten.

After the Jamaica defeat Holtzhausen said the series had been a big learning curve. “It was disappointing not to have achieved our goal of taking a medal, but we take away a lot for next year having beaten Australia and Malawi.”