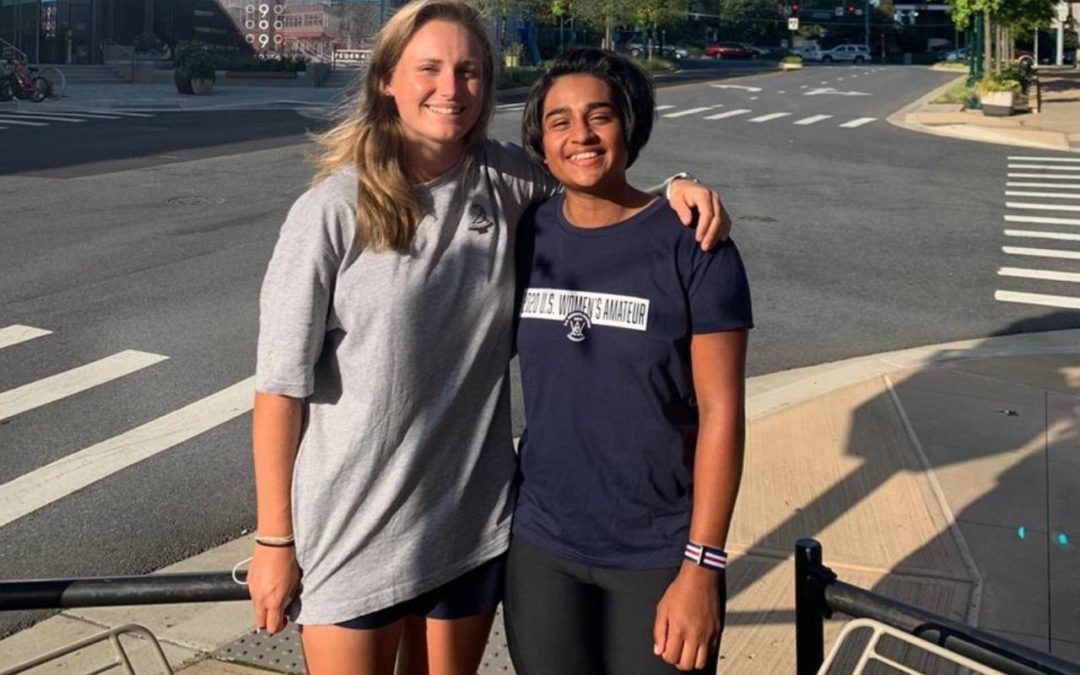 Kaleigh Telfer – the country’s highest ranked amateur on the world rankings – and Kajal Mistry both qualified for the prestigious event at Woodmont Country Club in Rockville, where the typical field of 156 was cut to 132 due to health concerns around the COVID-19 pandemic.

The field for the 120th edition of the premier national amateur golf tournament is comprised of exempt players based on a variety of exemption categories, including the winners and runners-up in three national amateur competitions that were conducted in July.

The remaining spots were filled from the Women’s World Amateur Golf Ranking.

Since 2012 the USGA has exempted the top 25 points leaders into the Women’s Amateur. That number was expanded to 75 for the 2020 championship, which opened the door for players such as GolfRSA Elite Squad member Telfer, ranked 49th.

The former SA Women’s Stroke Play champion claimed her second collegiate victory in February with an outstanding performance in the Northrop Grumman Regional Challenge, which saw her break into the top 50 in the world amateur rankings for the first time.

“It’s a big honour to be playing in the U.S. Women’s Amateur and I’m really looking forward to it.” – Kaleigh Telfer

Telfer was the only South African to make the field in the inaugural Augusta National Women’s Amateur in 2019, where she finished 12th overall. She has made three successive appearances in the NCAA Championship since 2017 and was named All American in 2019 and 2020. She also made the SEC All Freshman team twice, in 2017 and 2018.

“It’s a big honour to be playing in the U.S. Women’s Amateur and I’m really looking forward to it,” said the Ernie Els and Fancourt Foundation graduate.

“Things were pretty normal here during the pandemic, aside from social distancing and wearing masks indoors. We didn’t have many tournaments, but I was able to practice quite a bit to prepare for Woodmont.

“In these unpredictable times I was so happy to qualify and I’m just excited to be playing again. This is one of those events you really want to play and I’m grateful that I got the chance. I hadn’t played the course before so it was good to get a few practice rounds in. It’s a traditional parklands course, so accuracy will be key this week.”

Mistry, who achieved the rare double when she won the SA Women’s Stroke Play and Match Play titles in the same calendar year in 2019, is one of five Razorbacks to make the field.

“I’m super excited to make my U.S. Women’s Amateur debut and I am so proud of the team.” – Kajal Mistry

The former South African number ranked amateur was over the moon to earn a spot in the illustrious event. “I didn’t travel home during the pandemic. I stayed a part of the spring with my team-mate Brooke Matthews and we did a lot of practicing. In fact, I practiced a lot more than I normally would have and hurt my wrist, but the tendon injury is feeling pretty good now.

“I’m super excited to make my U.S. Women’s Amateur debut and I am so proud of the team. To have so many players qualify shows a lot about the depth of the team and our future. We’ve been playing some good golf back at The Blessings, so hopefully we can all make that count this week.”

It was a happy South African reunion for the former Gauteng provincial team-mates in Rockville.

“Kajal and I haven’t seen each other since we both competed in the Northrop Grumman Regional Challenge, so we made a plan to stay together this week. It’s been great to hang out together again.”

Telfer will be drawing on her experience on the collegiate circuit, while Mistry will have a secret weapon to guide her through the stroke play qualifier into the match play stage.

“Our assistant coach Mike Adams will be on the bag for me, and I can’t wait to get started. He is literally one of the nicest people I’ve ever met and extremely funny. I’m really happy to have him on the bag. I’ve gotten to know him well over the past couple of months, because we literally spent all day together practicing. I’m super excited to get started.”

The full field of 132 competitors will play two rounds of stroke play at the 5,999 metre (6,561 yard) par-72 layout. The leading 64 players will contest the match play stag starting Wednesday, capped by a 36-hole final.