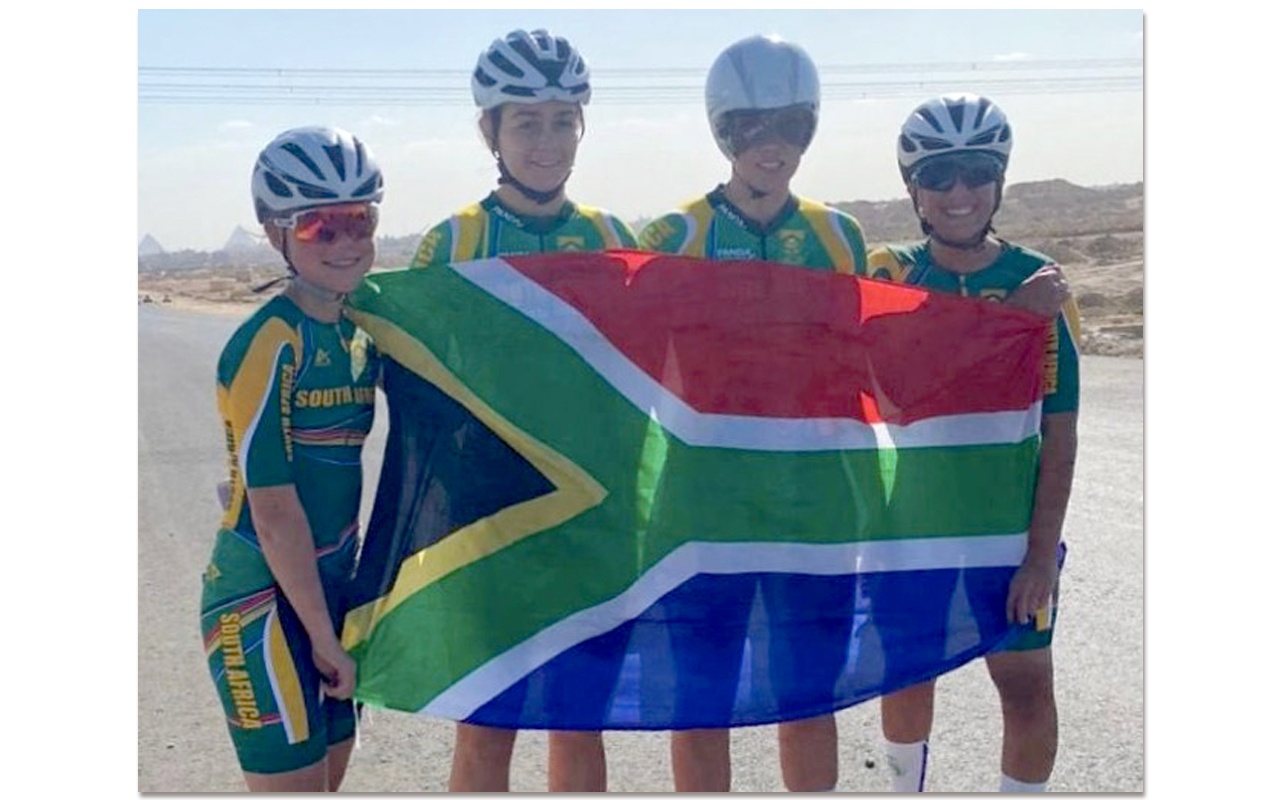 The quartet consisting of cyclists Chanté Olivier, Amber Hindmarch, Ainsli de Beer and McKenzie Pedro won gold in the team time-trial as the race took place over a 13.5km lap.

The host nation claimed the silver medal as the two were the only countries competing in the race.