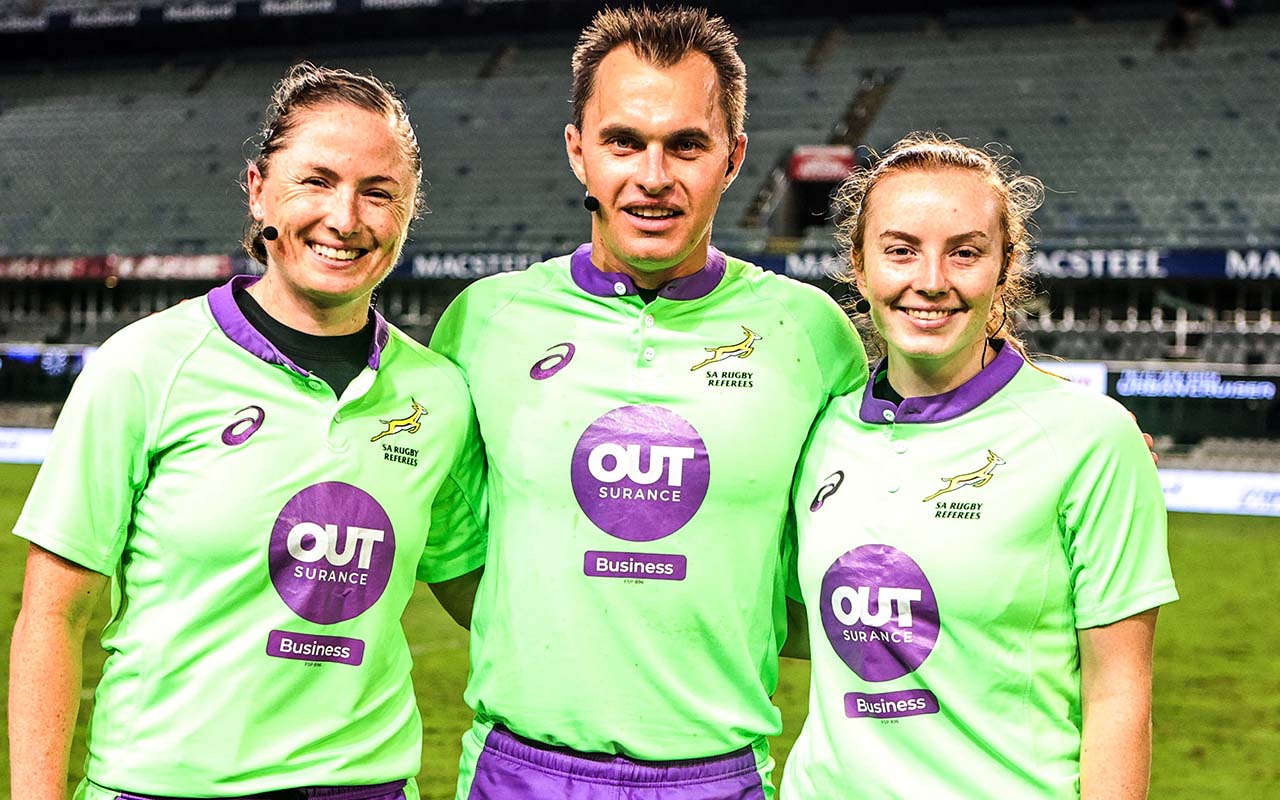 Encouragingly, four match officials were promoted from a women’s referees recruitment drive, which was funded by the Department: Sport, Arts and Culture and organized by SA Rugby just before lockdown in March 2020.

Ashleigh Murray-Pretorius retains her position on the Sevens Referees squad, while the addition of Akhona Mncolomba, Zoe Naude, Yohane Halgryn and Tshepi Moropa bring the Women’s Panel to a total of eleven match officials.

There are no women among the six-member TMO match officials squad.

Panels were not named for 2021, due to the stop-start nature of the local season, and there has subsequently been changes following the selection meeting.

Moropa, who is on her road to recovery from breast cancer, has been included in the match official panels for 2022 as she made her return to the rugby field for the inter-provincial women’s matches after undergoing treatment that saw her going in and out of hospital but that has not stopped her from showing what a true warrior she is.

SA Rugby Referees Manager Banks Yantolo praised South African match officials for their role locally and on the international stage, as well as his department for the hard work they were doing behind the scenes to ensure referees perform to international standards.

“We consistently deliver some of the best match officials in the world, but there is also a steady stream of young women match officials who are identified and developed with the future in mind,” said Yantolo.

“Our three-year plan implemented in 2019 has run its course; we had a very good and productive session where the state of SA match officials was discussed, and we are very excited about 2022.

“Our structures have always given us a tremendous sense of pride and achievement and it continues to do so, with our women referees featuring prominently on the international stage, while a lot of younger referees identified a couple of years ago, are now coming of age.”