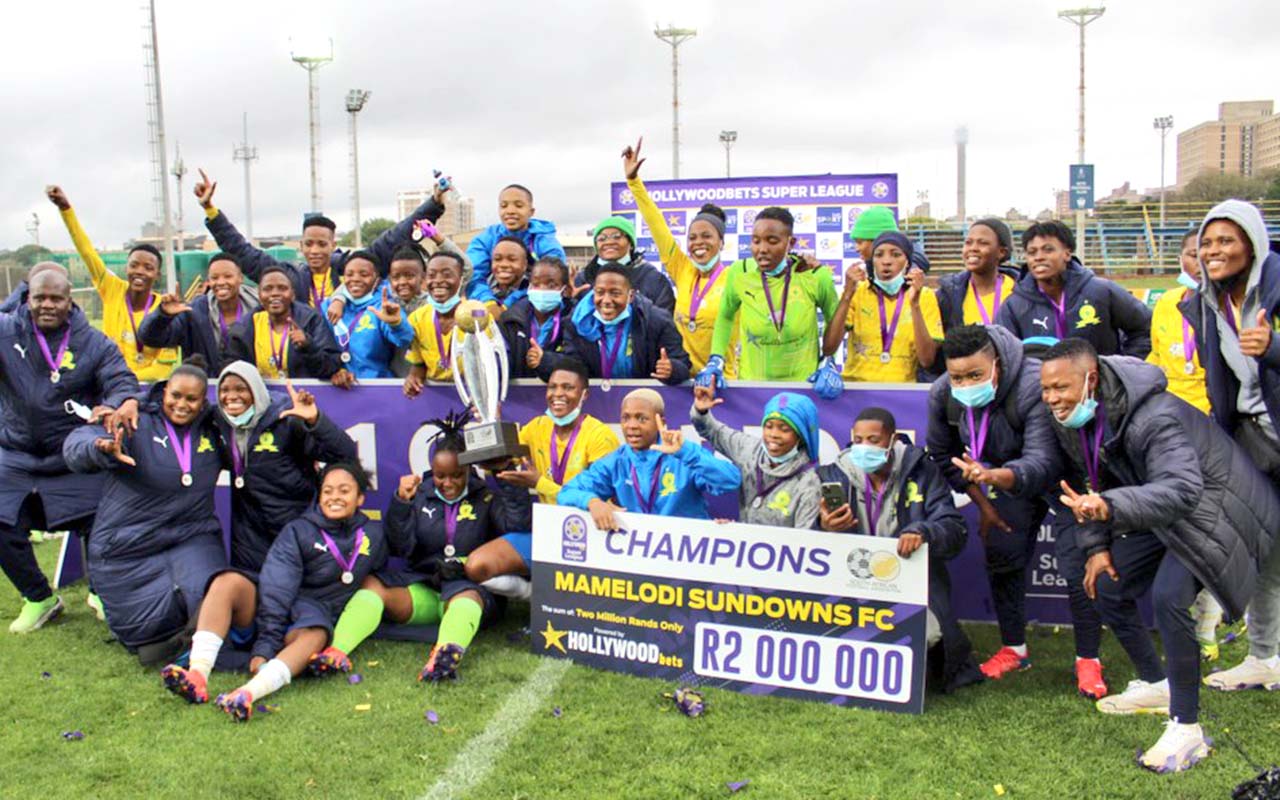 Banyana Ba Style closed off the season with an emphatic 7-0 victory over visitors Ma-Indies Ladies at Wits Sports Stadium with Andiswe Mgcoyi taking the Player of the Match award after scoring a double hat-trick and a goal from Lehlogonolo Mashigo.

“This trophy is just a reward for all the sacrifices, sweat and tears we have endured this year.” – Mamelodi Sundowns Ladies head coach Jerry Tshabalala

“We intend to continue with this fighting spirit next year and many more years to come. Not only in South Africa but in world football,” warned Tshabalala.

Mgcoyi finished the campaign as the top goalscorer after netting 27 goals and shares the Golden Boot award with JVW Girls FC’s Nompumelelo Nyandeni.

“We are very proud of the ladies and the dedication they have shown this year. We have had a very difficult and exhausting year; playing in two major tournaments and leading the log in the Super League,” reflected Tshabalala.

Tsunami Queens finished the season at the bottom of the log despite a 2-1 win over fifth-place First Touch FC in Polokwane.

University of the Western Cape finished in third place in their last game of the Hollywoodbets Super League after beating Bloemfontein Celtic Ladies 2-1 at Siwelele Park in Bloemfontein, while JVW finished the season in fourth place with a comfortable 6-3 victory over Richmond United.