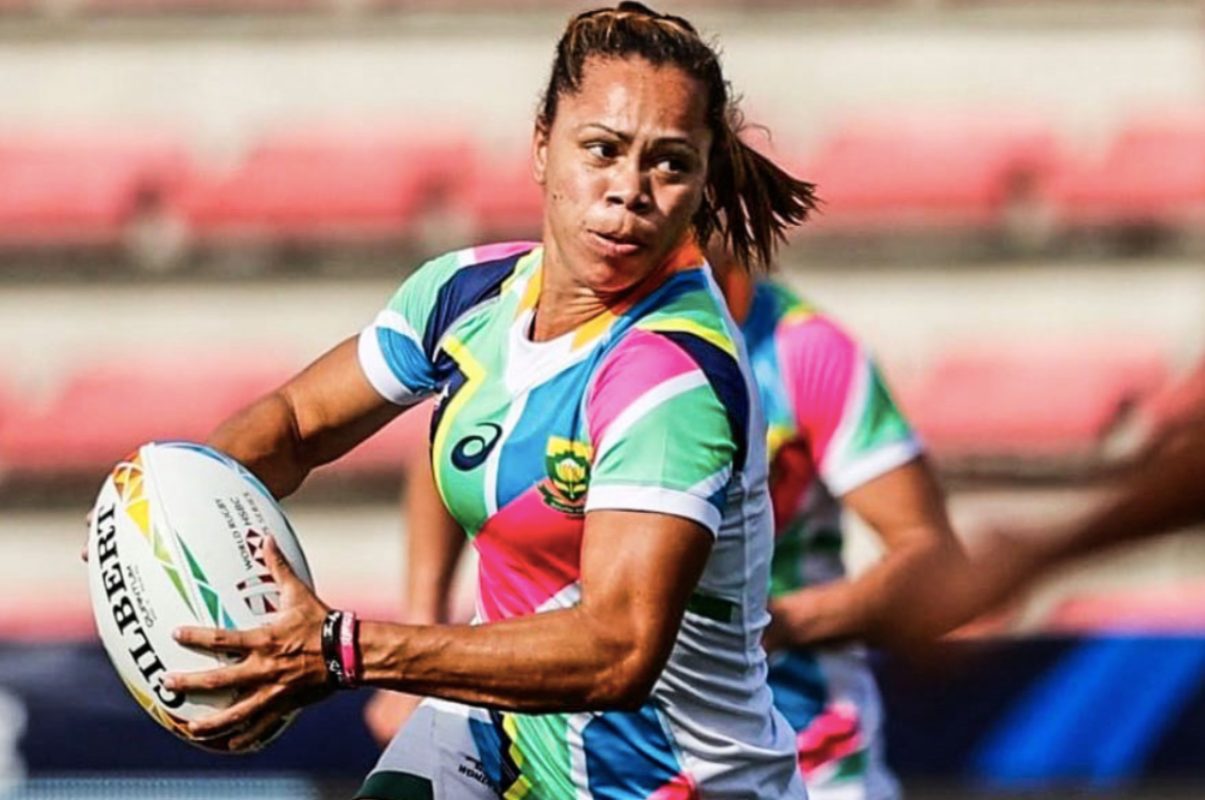 The Springbok Women’s Sevens team, who finished seventh at the Commonwealth Games in Birmingham, will now turn their attention to the World Rugby Sevens Challenger Series on 12-14 August in Santiago, Chile, where they will try and qualify as a core team on the HSBC World Rugby Sevens Series.

Paul Delport’s squad returned to South Africa on Wednesday from England, where they participated in the Commonwealth Games for the second time, finishing one place better than in 2018 in Australia after beating Sri Lanka in the seventh-place playoff, with seven players in the squad making their international debut.

The young team were drawn in a tough pool in Birmingham, where they were paired with gold medallists Australia, tournament runners up Fiji and Scotland.

Injuries to some and the unavailability of others played a role in the selection of his Chile-bound squad for Delport, who is also keen to give more players vital international experience before they play in the Rugby World Cup Sevens in September in Cape Town.

Delport included the core of the players that travelled to the Commonwealth Games, but added four more who will make their international debuts for their country.

Kirsten Eastes, Nolwazi Hlabangane, Miche Pretorius and Marlize de Bruin all hail from the Blue Bulls, where they have been active on the sevens circuit, having played a number of international tournaments for Tukkies Delta Drone.

“We had some unfortunate injuries and that is never nice, especially as we had such a short turn-around from England to now go to Chile,” said Delport

“The four players were in the loop all along and on our radar and part of a wider group for some time. The fact that there are a number of other players from the Blue Bulls will help, as they have played together already and know each other.

“We are under no illusions about this trip, it is going to be taxing travelling and we will need to find our feet quickly with limited preparation time.

“One thing that gives me comfort, especially from this senior core group, is that they will fight till the very end and there is nothing more a coach can ask for. We finished the Commonwealth Games on a really positive note and will try and take that energy and momentum into the Challenger tournament.”

Delport said he was grateful for the opportunity to play at the Commonwealth Games, as it allowed his inexperienced team the chance to participate in a special event.

“It was massive for the players to see how professionals prepare and perform on the big stage. That is how we are going to learn, by being part of this hight performance environment,” said Delport.

The World Rugby Sevens Challenger Series, introduced in 2020 for the first time, returns in Santiago, Chile next weekend following a one-year break due to the global pandemic.

The Springbok Women’s Sevens team will participate in Pool D alongside hosts Chile, China and Kenya.