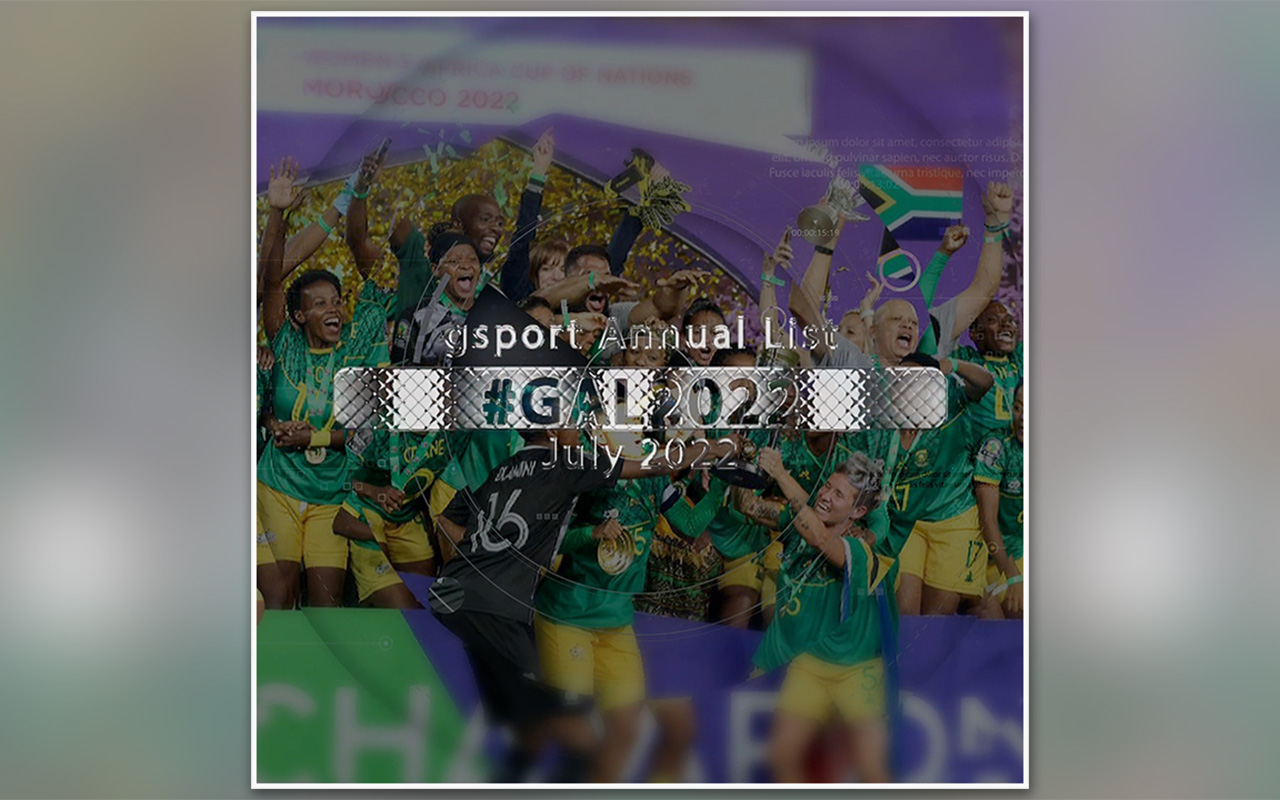 During the month of July, South African women in sport pushed the boundaries and united the country with history-making achievements across the globe, to raise their hand for inclusion in July’s monthly #GAL2022 Newsmakers list, powered by the Momentum gsport Newsroom.

Football dominates the list, as Banyana Banyana lead after winning their first ever CAF Africa Women’s Cup of Nations title, where the South Africans defeated hosts Morocco on their home turf.

The senior national women’s team goalkeeper, Andile Dlamini walked away with the coveted Goalkeeper of the Tournament Award, while head coach Desiree Ellis won the CAF Women’s Coach of the Year accolade.

Another highlight was the Telkom Netball Championships where young stars were afforded the opportunity to showcase their talents. DR KK A were crowned champions of the U19 division.

Dr KK A – Win the U19 Telkom Netball Championships Title

Thembi Kgatlana Sets Out to Make A Mark in USA