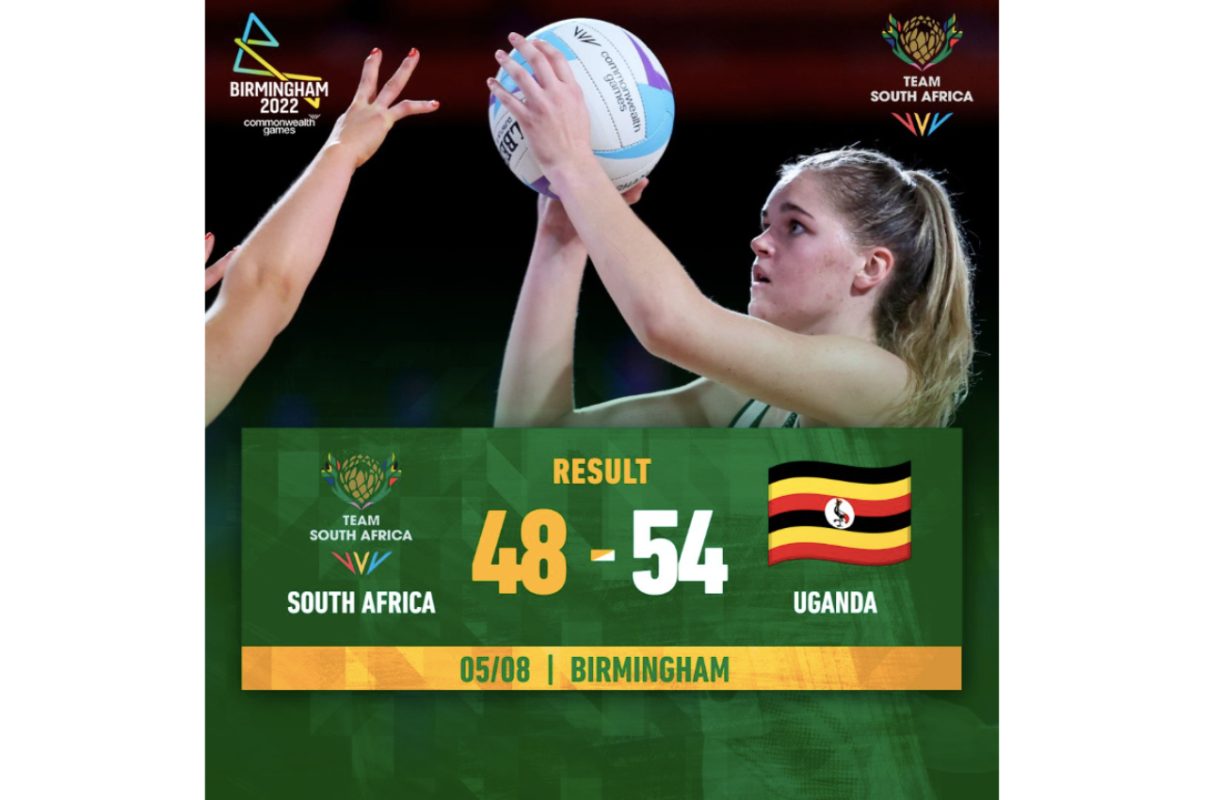 After South Africa and Uganda both finished third in their respective pools, both teams faced each for the 5th position play-off match on Friday. The two nations have met 16 times before today with South Africa enjoying most of those wins. South Africa is ranked fifth in the world while Uganda is one position below at 6th.

Dorette Badenhorst started the match with the same seven she played yesterday against Scotland. South Africa finished fifth at the previous Commonwealth Games down under and they’d like to make sure that they do not do worse than that this year.

Both nations went at each other as hard as they could in the first quarter, and it was Uganda who narrowly took the quarter 15 -13 after fifteen minutes. However, in the second quarter, it was Uganda who were the stronger of the two teams – they extended their lead of the quarter and restricted South Africa to scoring only eight goals whilst scoring fifteen goals themselves. Uganda ended the quarter 30 -21.

In the third quarter, it was South Africa that showed more hunger, drive, and determination – coach Badenhorst made some changes and moved Shadine van der Merwe to the goal defence position replacing Zanele Vimbela.

The combination of Lefebre Rademan and Ine Mari Venter upfront seemed to have been working wonders for South Africa as they worked hard to reduce the lead however this was short lived as Rademan got injured with after just five minutes in this quarter – Elmere van der Berg was introduced into the game. South Africa managed to win the quarter 16 -11 and shaving Uganda’s lead to just four goals. The overall score was 37 -41 at the end of this quarter.

One would expect South Africa to come into the last quarter just as they did in the third quarter, however their errors worked against them and allowed Uganda She Cranes an opportunity to run away with this match and claim their highest ever finish at the Commonwealth Games. Uganda won the match 54-48 to fifth at this tournament.