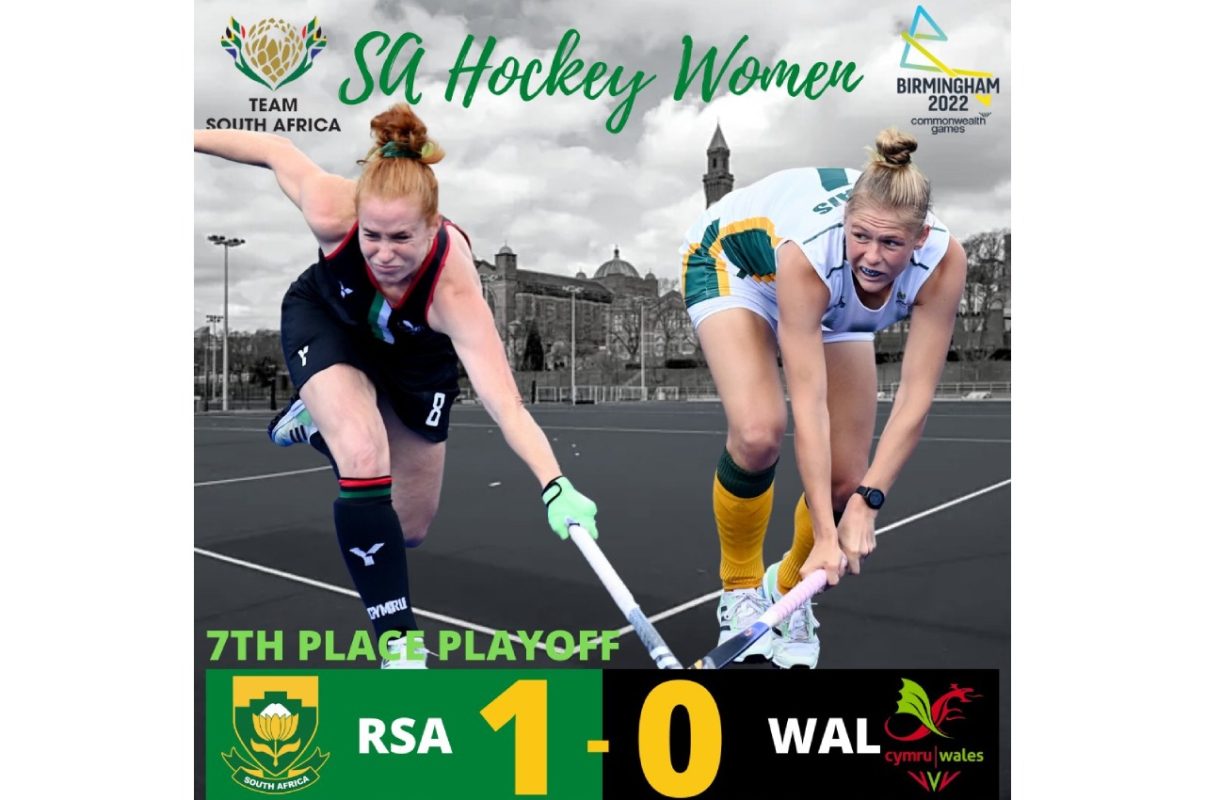 The South African Women’s Hockey team defeated Wales 1-0 to earn a 7th-place finish at the 2022 Commonwealth Games in Birmingham on Friday, 5 August 2022.

Lilian du Plessis scored the only goal for the match for the South Africans.

As much as South Africa had more possession in the opening quarter, it was Wales who had the best opportunities and upper hand.

In the second quarter, the ladies in green and gold came out guns blazing with Kristen Paton a driving force in the attack. South Africa failed to score from two penalty corners, with the first corner being well saved by the Welsh goalie and the second penalty was narrowly wide.

As the game headed into halftime, it seemed like both teams were lacking that finishing touch to get ahead.

In the opening 90 seconds of the second half, South Africa failed to capitalize on a double penalty corner. Frustration for the team but they kept fighting. A moment of quality came as Wales received a green card, that Onthatile Zulu drove into the circle and picked out a superb ball to find Lilian du Plessis on the back post who made a tough move look easy with the finish. It was that moment that separated the two teams as just 15 minutes remained on the clock.

It was a tough fight from both teams as Wales tried desperately to even the score but it was not to be and the South Africans held on to win.