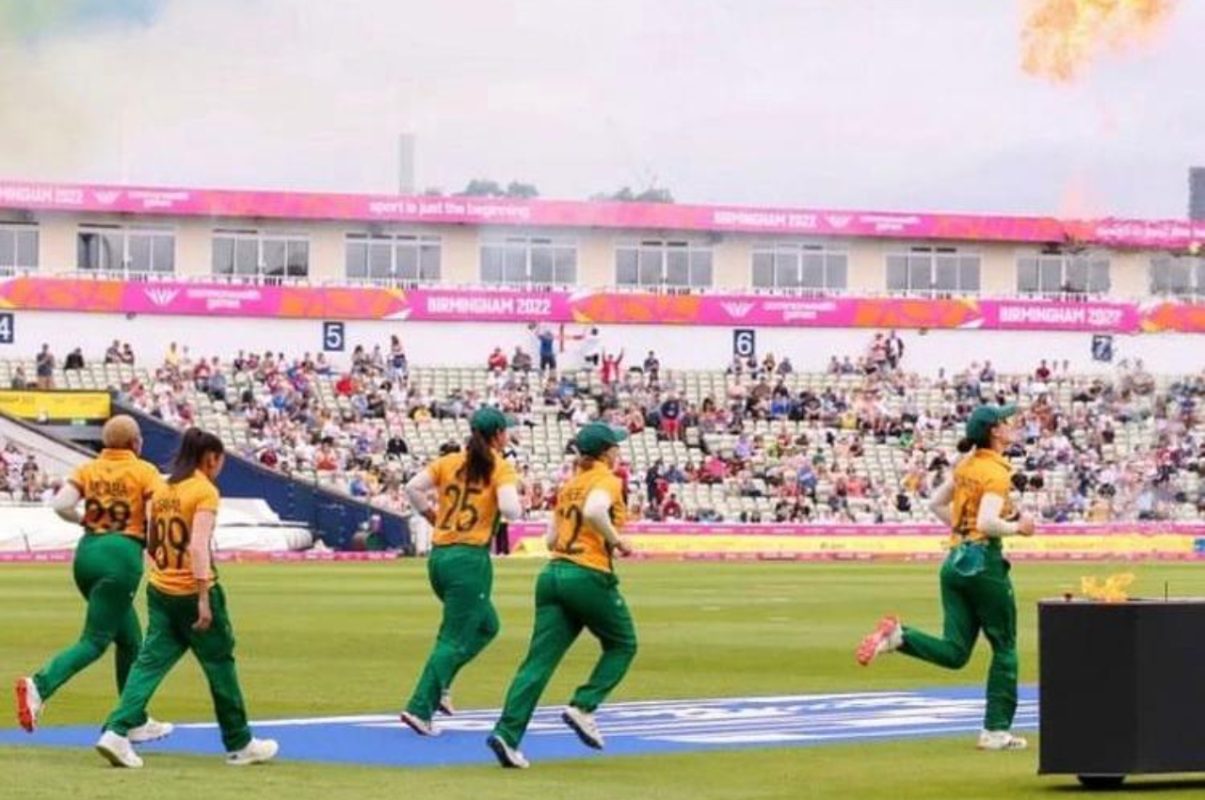 Cricket South Africa (CSA) recognizes the history made by the Momentum Proteas for their participation as part of Team South Africa in the inaugural Commonwealth Games Cricket T20 competition at the Edgbaston Cricket Ground in Birmingham.

The Proteas finished third in Group B and bowed out of the round-robin phase following two defeats against New Zealand and host nation England, prior to wrapping up their tournament with an encouraging 10-wicket victory over Sri Lanka, South Africa’s largest win when batting second.

Congratulating Team SA on their involvement at the 2022 Commonwealth Games, CSA Chief Executive Officer, Pholetsi Moseki said: “The Proteas displayed their typical fighting and purposeful spirit to end on a positive note what has been an exigent and lesson-filled tour to the United Kingdom as they recorded a maiden victory in their debut Commonwealth Games Cricket T20 event.

“Despite the challenges faced, the team remained united and steadfast in their final task against Sri Lanka after being abroad for more than two months.

“The side will now reflect on the entire experience before beginning to look forward to an exciting future of cricket that includes an ICC Women’s T20 Cricket World Cup hosted in South Africa in early 2023.”

The Chairperson of the CSA Board, Lawson Naidoo said: “Under the leadership of captain Suné Luus, vice-captain Chloé Tryon as well as head coach Hilton Moreeng, the squad etched their names into the history books of the game after being a part of the first time a T20 cricket event and the women’s game are featured at the Commonwealth Games.

“The team also received the unique experience and privilege of competing as Team South Africa at a multi-code sporting event, while engaging with other elite athletes from all parts of the world.

“The Board of Cricket South Africa acknowledges the team’s efforts at the Commonwealth Games and in England overall. We also wish to extend our many thanks to the South African Sports Confederation and Olympic Committee (SASCOC) for their collaboration throughout the Commonwealth journey.”

Photo 1 Caption: Cricket South Africa (CSA) recognizes the history made by the Momentum Proteas for their participation as part of Team South Africa in the inaugural Commonwealth Games Cricket T20 competition at the Edgbaston Cricket Ground in Birmingham. Photo: Shabnim Ismail (Instagram)