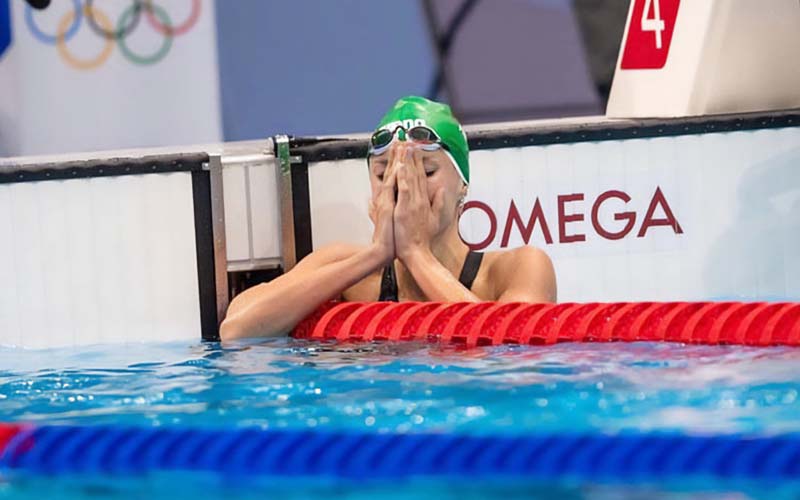 Schoenmaker, who has been in brilliant form, struck an Olympic record, winning her 200m breaststroke heat in a time of 2:19.15, only 0.05sec off the world record.

The 24-year-old earned a silver medal on Tuesday, 27 July 2021, in the 100m breaststroke event and will be aiming to add another accolade to her tally.

Her training partner, Corbett, won her heat in 2:22.48 to qualify fourth fastest to reach the semi-final round.

Erin Gallagher featured in the 100m freestyle heats, finishing second in 54.75sec. This was slightly slower than her entry time. The fastest 16 overall qualifiers from the heats progressed to the semi-finals. Gallagher placed 25th overall and did not reach the semi-final round.

“I’m content and proud. I gave it my best shot and executed the best time time I’ve ever executed. I left everything out there. The course favoured the bigger girls, but it is what it is. Thank you so much for the support,” Pasio told Team SA media.

A great Olympics campaign for the Queen of 🇿🇦 SA Cycling 🙌 pic.twitter.com/DpkYtcBUZo

Having suffered defeats to Ireland (2-0) and Great Britain (4-1), the South African Women’s Hockey team were hoping for a comeback against the Dutch. Although Netherlands had six penalty corners in the first quarter, they couldn’t not find the back of the net. In the 16th minute, they managed to find the break through to put SA under pressure.

Photo 1 Caption: South African swimmer, Tatjana Schoenmaker, in awe as she swam to an Olympic Record in the 200m breaststroke heats to reach the semi-final round at the Olympic Games in Tokyo on Wednesday, 28 July 2021. Photo: Team South Africa (Instagram)