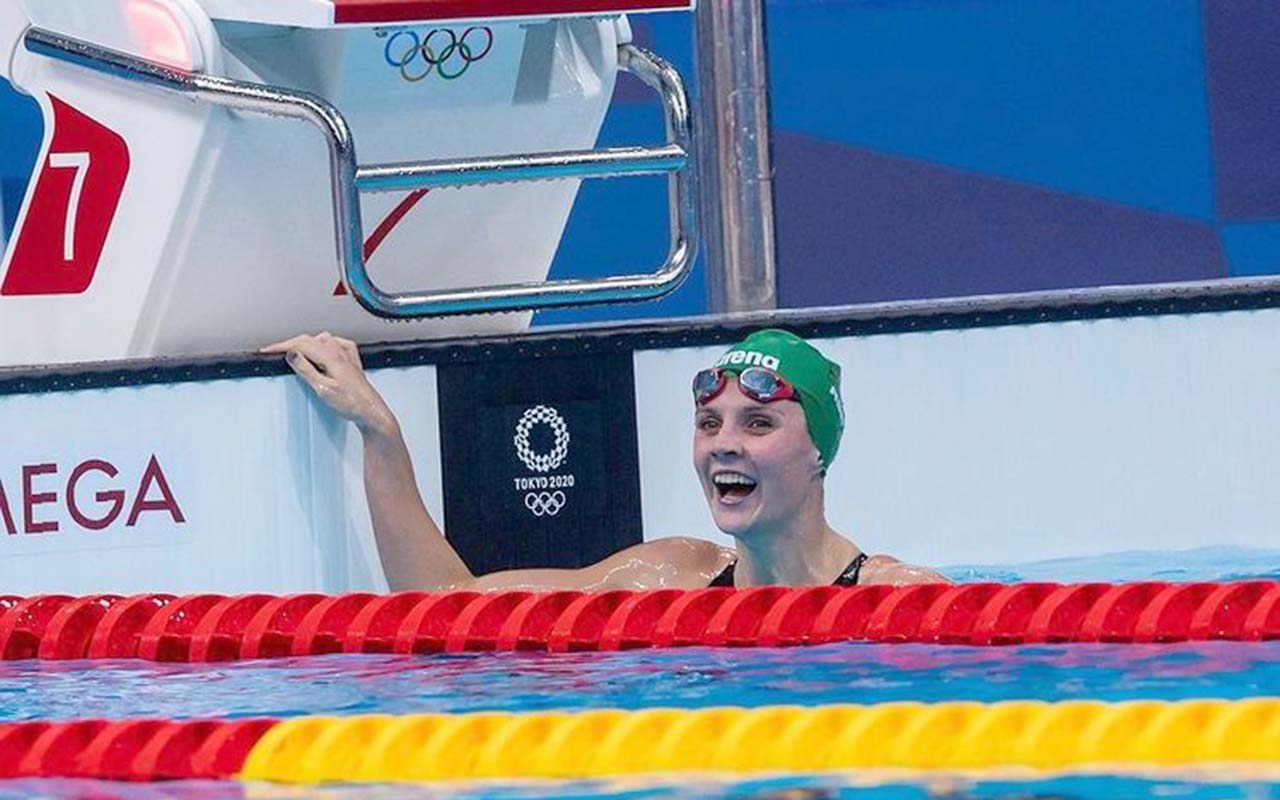 Swim sensations, Tatjana Schoenmaker and Kaylene Corbett, made history becoming the first two South Africans to compete in an Olympic final since the 2000 Sydney Olympics.

Well done girls!! First time RSA has 2 swimmers in any Olympic Final since 2000 …. Definitely in the case of the ladies 💪 Congrats coach Rocco 😉 pic.twitter.com/SUjfUeC1JE

Schoenmaker won her 200m breaststroke semi-final in 2:19.33 to qualify fastest for Friday’s final. She is over 1 second quicker than any other finalist.

Her training partner, Corbett, produced her second personal best inside 24 hours by winning her semi-final with a blistering final 50m, touching the wall in 2:22.08.

Photo 1 Caption: Kaylene Corbett produced her second personal best inside 24 hours by winning her semi-final with a blistering final 50m, touching the wall in 2:22.08 at the Olympic Games in Tokyo on Thursday, 29 July 2021. Photo: Team SA (Instagram)