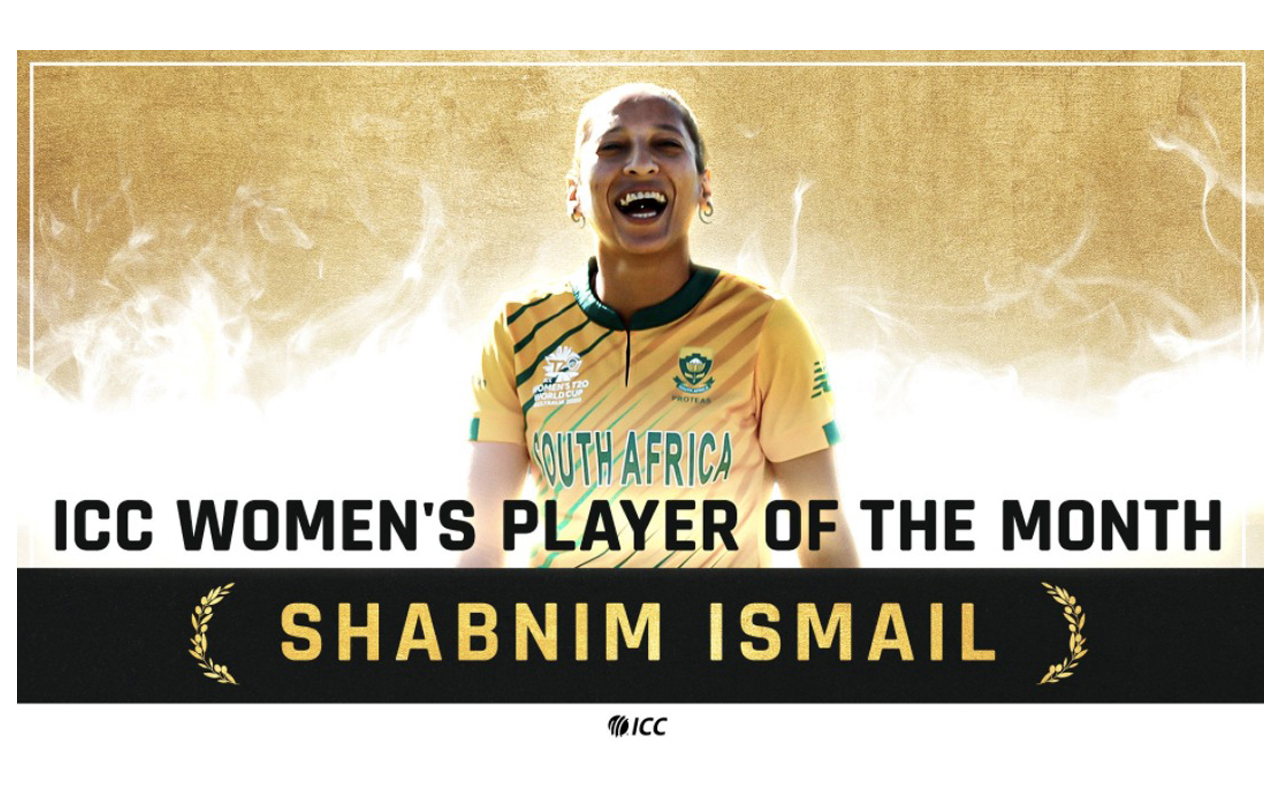 South Africa’s Shabnim Ismail has been crowned the inaugural ICC Women’s Player of the Month for January.

This is what Cricket South Africa posted to celebrate the moment:

Her impressive performances of seven wickets in the victorious ODI series and five-wicket haul in the second T20I against Pakistan won over the hearts of voters.

The 32-year-old’s latest achievement comes on the back of moving to second position on the ICC T20 International rankings.

In a recent interview with gsport, Ismail revealed her desire to continue adding to her trophy cabinet and will be delighted at the fact that she is able to continue fulfiling her dream.