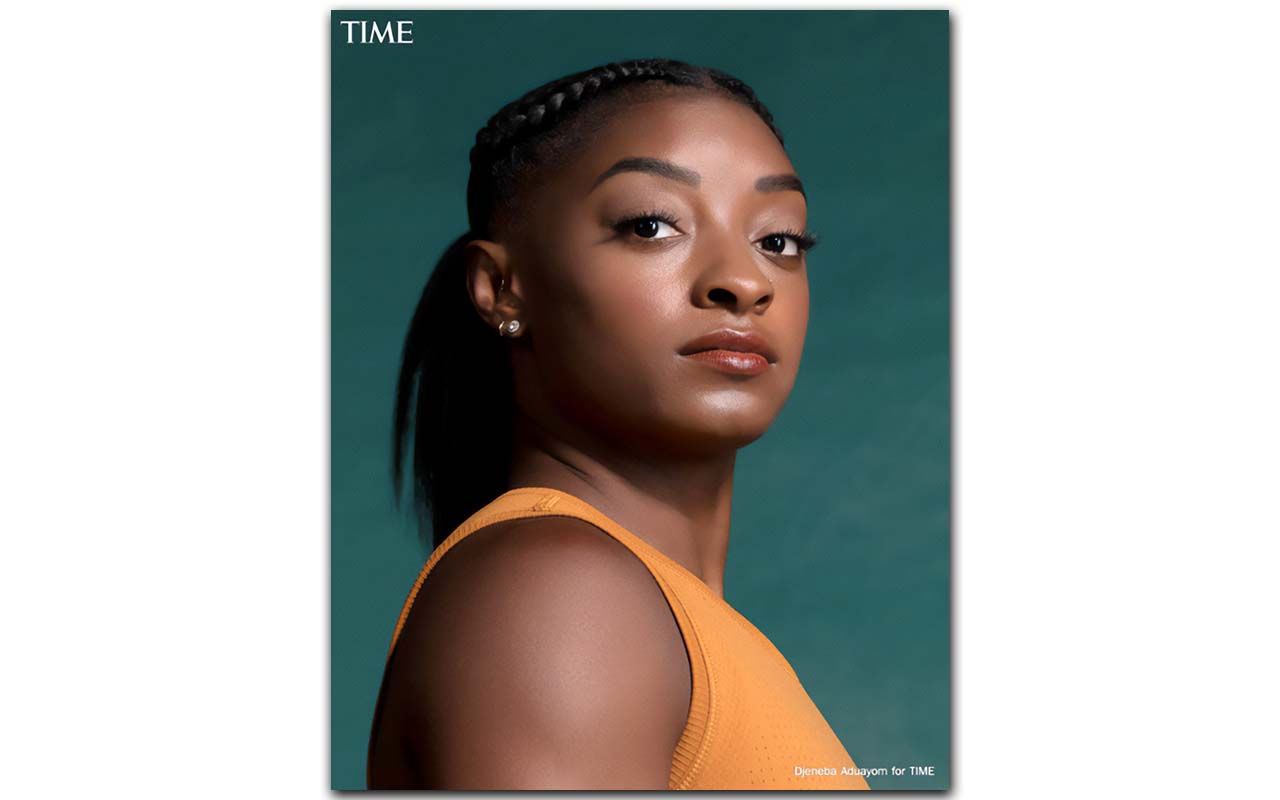 Four-time Olympic gold medallist, Simone Biles, was named TIME magazine’s Athlete of the Year after sparking conversations about athletes’ mental health when she temporarily withdrew from the Tokyo Olympics.

The Team USA Gymnast dropped out of the opening event, citing a case of “twisties” – a dangerous version of mental disorientation where gymnasts lose their sense of direction mid-air.

Biles later returned to the competition to win a bronze medal on the balance beam and silver in the team event.

There was a combination of factors that formed part of Biles’ decision to take a break. She explained that one of those factors is being the last survivor of sexual abuse by former USA Gymnastics team doctor, Larry Nasar.

“I definitely do think it had an effect,” Biles revealed to TIME.

“It is a lot to put on one person. I feel the guilt should be on them and not held over us. They should be feeling this pain, not me.” – TIME Magazine’s Athlete of the Year and four-time Olympic gold medallist, Simone Biles

Tennis superstar, Serena Williams, lauded Biles, saying: “What she embodies truly reflects the potential of black women. I wish I had her to look up to when I was younger and trying to realise my dreams.

“Simone’s greatest work, is what is being done outside of the gym. She is using her mature voice and platform to share her personal journey of self-love, respect and acceptance,” added Williams.

“She is wise beyond her years. By living her truth so loudly and championing mental health. She is setting new standards of beauty, strength and resilience, breaking down today’s image-obsessed stereotypes and encouraging others to do the same. Simone is a shining example of what success looks like when you let go of what the world thinks and gather your strength from yourself…. from your soul.”

Biles is considered one of the greatest and most dominant gymnasts with a combined total of 32 Olympic and World Championship medals to her name.

She is tied with Shannon Miller for the most Olympic medals won by an American gymnast and will be aiming to build on her success heading into the 2024 Olympic Games.