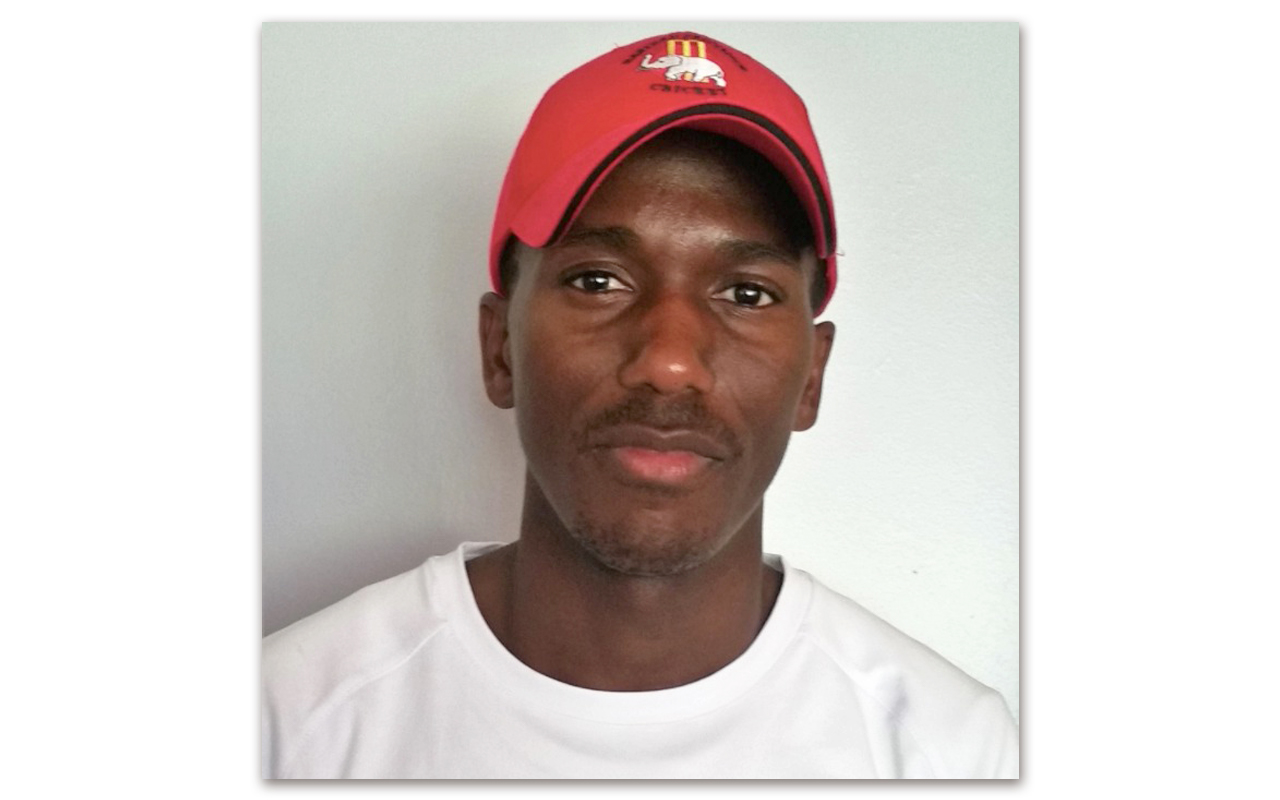 Eastern Province women’s cricket coach, Siya Nkosana, is on a mission to ensure that he plays his part to develop cricketers from disadvantaged areas within the province.

The experienced coach is eager to create a high-performance environment to provide opportunities for the young cricketers to flourish and a support system to develop them holistically as he bridges the gap between provincial and national cricket.

As a mentor who is always seeking ways to broaden his knowledge, Nkosana continues to draw inspiration from the Momentum Proteas team, taking key factors from their success to upskill the youth.

He believes that it is his duty to keep youngsters off the street to keep them away from crime and focussed on building a brighter future for them and their families.

Speaking with Celine Abrahams, Nkosana chats about local cricket back in action after a long layoff due to Covid-19 and reveals how development systems can be improved.

Siya, thank you for taking time out to chat to gsport. We are privileged to have local cricket action back after a long layoff due to the global Covid-19 pandemic. What has it been like getting your team back into the groove in the past few months?

Due to our flexibility and understanding of what the pandemic has shown us, we had to follow strict instructions from CSA that I’m sure everyone had to also follow.  So, we had to do what was expected. It was not an easy process…

We had one on one sessions at the beginning and then progressed to having small group sessions. But, during level 5 and 4 our ladies were given a program to follow from home for conditioning purposes. Most players don’t have the luxury like others, so the program was designed to cater for each individual.

What impact has the pandemic had on the development of cricket for the Eastern Province team?

“Players haven’t been able to train to the best of their abilities and unfortunately, haven’t had the opportunity to showcase their hard work that they’ve put in at the training sessions.” – Eastern Province women’s club cricket coach, Siya Nkosana

The pandemic has left a massive dent in cricket. We have lost so much valuable time due to the pandemic. Players haven’t been able to train to the best of their abilities and unfortunately, haven’t had the opportunity to showcase their hard work that they’ve put in at the training sessions that they were afforded to attend. Coaches and players have been crunched for time. Players had to adjust to smaller groups.

The growth of provincial women’s cricket continues to rise. What are your views on the state of the game for women locally?

We see that women’s cricket is evolving in a rapid state – the SA women’s team is a prime example of this. But, I have to mention that as a province we are still left wanting. Yes, we were struck with a pandemic but pre- pandemic life, our club cricket has lacked the competitiveness that is necessary for the development of cricketers to reach a higher level of play. Club cricket has a direct link to provincial cricket, this is why I am emphasizing that our club structure needs to be looked up so that more cricketers can be produced from the Eastern Province.

In what ways has women’s cricket developed over the years?

Women’s cricket has grown in the sense of more talent coming to the forefront. There are youngsters taking up the game, stepping up in their roles and completely dominating the game. Players today are far more innovative and creative than they were back then. I don’t at all mean to take away from former players, but I am merely stating that the rate at how cricketers are adjusting to the modern game is higher than it used to be. Players are now taking more calculated risks and back themselves so much more because they have faith in their training and abilities.

What changes are you still hoping to see take place in the next few years to ensure that female cricketers have equal opportunities?

This is probably the most spoken about topic: equality amongst cricketers. It’s simple really; the day we’ll have equal opportunities for female and male cricketers alike, is the day that we don’t separate the two i.e. we no longer view it as women’s cricket or men’s cricket but just as cricket, because that’s what it is.

“Women’s cricket needs to be respected and treated as men’s games, we need to advertise and market them just as much as we do men.” – Nkosana reveals the changes that need to be implemented to build the future of women’s cricket in South Africa.

We all know that females don’t get paid equally because of the level of competitiveness or even the lack of funding for the ladies, but I truly hope to see this changing in the near future. Women’s cricket needs to be respected and treated as men’s games, we need to advertise and market them just as much as we do men. Players from both genders need to show up and support their counterparts. Lastly, our females need to play more games and have more tours – this is vital for the development of players, and of cricket in general.

How can the development systems improve?

I think it starts with having a women’s cricket representative at CSA. Someone who knows the women’s system and it’s needs.

We need more schools playing girls cricket – longer formats. We need to make women’s provincial cricket professionals, they need to get paid for their time and efforts and this will make more women want to play.

You have had the honour of assisting the SA Emerging squad a few years ago. Please tell us about the structure of the programme and how it helps bridge the gap between provincial/nation and international cricket?

To simply answer your question, selected players from the domestic competition that have impressed the selectors and are given the taste of what it is like at International level. Those that impress the selectors are linked into the national academy and the rest is history because they are now closer to the fire for selection into the Momentum Proteas side.

We have recently seen the success of the Momentum Proteas team winning both the ODI and T20 series in India. As a coach, what are some of the lessons or takeaways you have learnt and will want to apply to your approach to the game?

The Momentum Proteas did what was expected from them and any team to succeed and maintain:
– Role clarity/Communication
– Execution
– Positive intent
– Depth in the team
– Young players putting up their hands
– Mental toughness
– Adapting to conditions

Who are some of the players that you have coached play or have played for the national team?

In E.P, that will be Marizanne Kapp, Dané van Niekerk and Jana Nell. Generally, I had the privilege of being invited to the National Academy and there are couple of players that I had sometime working with, especially bowlers.

In your current side, who are some upcoming players that you believe deserve a national team call up?

I always answer this type of question with a simple… ‘’All of them’’. It’ll be up to who selects that says we want player A,B,C when they give themselves a chance to even see them.

Who or what inspires you to continue investing in the next generation of cricket players?

“My motivation is to continue to seek out these “rough diamonds,” polish up their skill set, give them the opportunity to express themselves freely on the field of play and to aid in their growth on and off the field.” – Nkosana reveals what motivates him to continue developing cricket players for the future.

Who inspires me? My family and where I come from. I just want to see abantwana (children) achieve a lot through this game and all the opportunities and not go through the same struggles most of us went through when growing up.

Parents are getting retrenched, unemployment has risen, and the children will be led to crime so that they make ends meet for themselves. We need to invest our energy and time in developing young sport people.

On the other hand, the game has done a lot for me too…

Cricket, namely women’s cricket, is rapidly on the rise and there are many players who are not necessarily the most talented or “polished” players (even though I don’t like labelling players) but who are working hard for the opportunity to reach a higher level in their game.

My motivation is to continue to seek out these “rough diamonds,” polish up their skill set, give them the opportunity to express themselves freely on the field of play and to aid in their growth on and off the field.

In saying this, I don’t at all mean that I will overlook the naturally talented players, in fact, I am merely trying to bridge the gap where hard work meets talent and results in development of the team as a whole.

What are your future plans to develop cricket in the Eastern Cape?

1. Making sure that cricketers from disadvantaged areas are coached regularly; 2. Create a high-performance environment and opportunities for them to flourish in; and 3. Make sure they play enough matches and provide the support system to develop holistically.

Before we go ahead and plan the future, I think it is imperative that we go back to where cricket started: the streets. In order to go forward, we have to remember where we started.

For many players, cricket started in a backyard or street, and all they did was swing a bat and have fun with friends. My aim would be to bring back the fun factor into the game, because often, we get caught up in the notions of being “provincial” cricketers that we forget about the fun part.

I would like to restart “backyard” cricket; not necessarily in a backyard but in an open field etc, invite all young cricketers and have them mingle with the provincial team so that they can see what it’s like to be a provincial cricketer. This, in turn will motivate a new generation of cricketers and ultimately encourage more participation in club/school cricket.

The reason why I’ll choose to restart is because we need a solid foundation before we can build up. If at grassroots level everything runs smoothly, this will ensure that we get more cricketers rising through the ranks and finally reaching the pinnacle of the game, but again, this starts at the bottom.