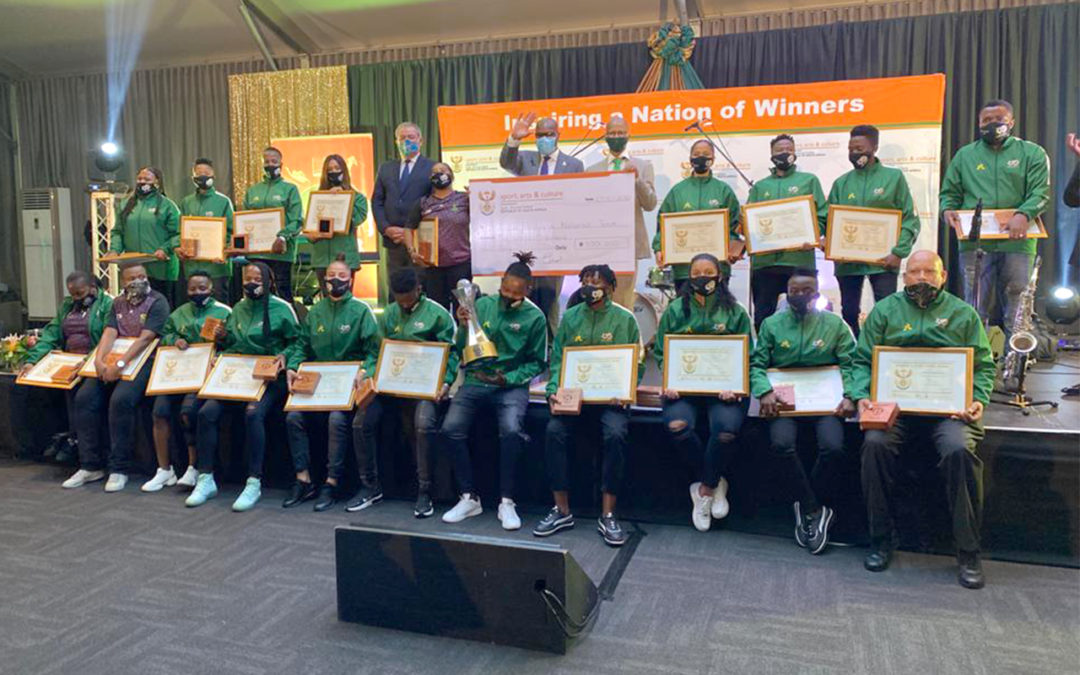 South Africa celebrated Banyana Banyana on Friday night as the country tuned into a live broadcast of a celebratory dinner hosted by Sports Minister, Nathi Mthethwa, as he showered the team with medals, certificates and a cheque for R500 000, following their fourth consecutive COSAFA Women’s Championship win.

The event was hosted by leading sports broadcaster, Lebo Motsoeli, who often uses her platform to fight for equality in women’s sport.

Minister @NathiMthethwaSA presents @Banyana_Banyana with medals, certificates and a cheque for R500 000 for winning the COSAFA Women’s Championship 👏👏👏 #WomandlaInSport pic.twitter.com/FDzNikRQoI

He added: “Equal pay for equal work is something we strive for and commit to vigorously. While I am around, I will do everything to fight for gender equality.”

We are proud to handover a cheque of R500,000 to our champions @Banyana_Banyana 🇿🇦.

Tonight is about celebrating @Banyana_Banyana and with that you can rest assured that we see you, we recognise you, we celebrate you, we honour you & we will continue to support you pic.twitter.com/6nlg3RaBx2

Captain, Andile Dlamini, also acknowledged the support and used the platform to call for more backing from leading brands.

“I would like to urge corporates to come on board because now is the time to take women’s football seriously.”

Dlamini played a vital role in the team’s success during this year’s edition of the COSAFA tournament as she stood in for the injured Janine van Wyk.

The multi-talented goalkeeper serenaded the audience with an incredible vocal performance on the night.