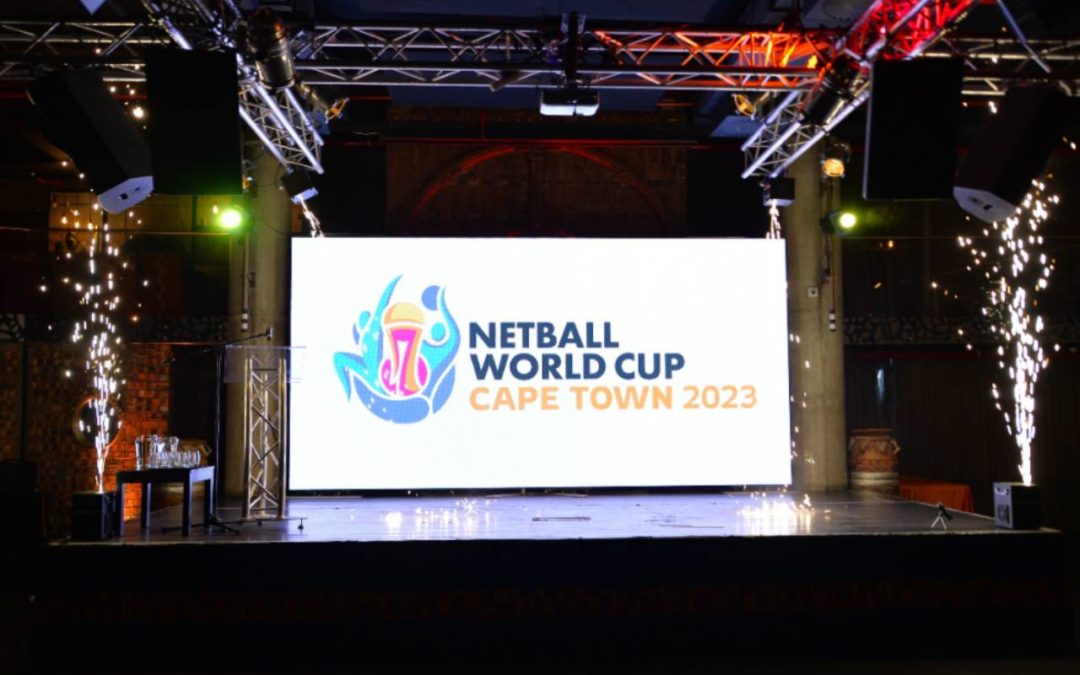 This announcement and big reveal came immediately after World Netball, which was previously known as the International Netball Federation (INF), announced their rebranding and name change last week.

“This is an interesting time for netball globally, it is like we are entering into a new dawn because just last week we were introduced to World Netball and got to see their new logo, now South Africa will get to be the first country to host the World Cup under the new name and logo,” revealed Netball South Africa President and World Netball Regional Director Africa, Cecilia Molokwane.

“As Netball South Africa we are very excited that we are here today. A name change offers one an opportunity to introspect, a chance to cement your place and to write your name in the history books. We are very excited to be revealing the look and feel of the 2023 Netball World Cup, this is not only our World Cup as South Africa but that of the whole continent as well.”

The Minister of Sport, Arts and Culture, Minister Nathi Mthethwa announced the NWC 2023 Board in April 2021 and the Board has vowed and committed themselves to putting together a world class event that is befitting of a South African standard and flair. The board is made up of an independent Chairperson, two representatives from Netball South Africa, the Department of Sport, Arts and Culture, the City of Cape Town, the Western Cape Department of Cultural Affairs and Sport, who have one representative each.

“Image is an important aspect for any event and now that we have unveiled the logo, it’s time to get to work and increase our efforts on tasks ahead of us as the Board. COVID-19 has really been a big challenge for us and therefore it’s important to be innovative and adapt to the New Norm in all our plans. Our next step as the Board, is the finalisation of policies and the appointment of the operational team.”

South Africa has become very synonymous with hosting great global events and because this is a norm, the 2023 Netball World Cup is expected to be just as that. The organisers are well aware of this and have committed themselves to seeing the mandate through.

“The launch of the official Netball World Cup logo brings us a step closer to Africa’s first ever Netball World Cup. As the host city for this prestigious event, we are thrilled to be adding yet another major international sports event to our list of spectacular events which have earned us the title of World’s Leading Festival and Event Destination. We look forward to working with all the stakeholders involved to put together a world-class Netball showpiece,” said the City of Cape Town’s Executive Mayor Dan Plato.

Molokwane concluded by saying “We have always been able to deliver great events locally as netballers, this is the benchmark that we have set for ourselves, and it is very important that we maintain this standard. Our partners are aware of this and together we will deliver. This is all about taking netball back to the people and we want to make sure that we give young girls and boys an experience that they will never forget and inspire them to dream beyond their wildest dreams.”

Photo 1 Caption: The 2023 NWC Board officially unveils the 2023 Netball World Cup logo for the World Cup that will be hosted at the Cape Town International Convention Centre (CTICC). Photo: Supplied