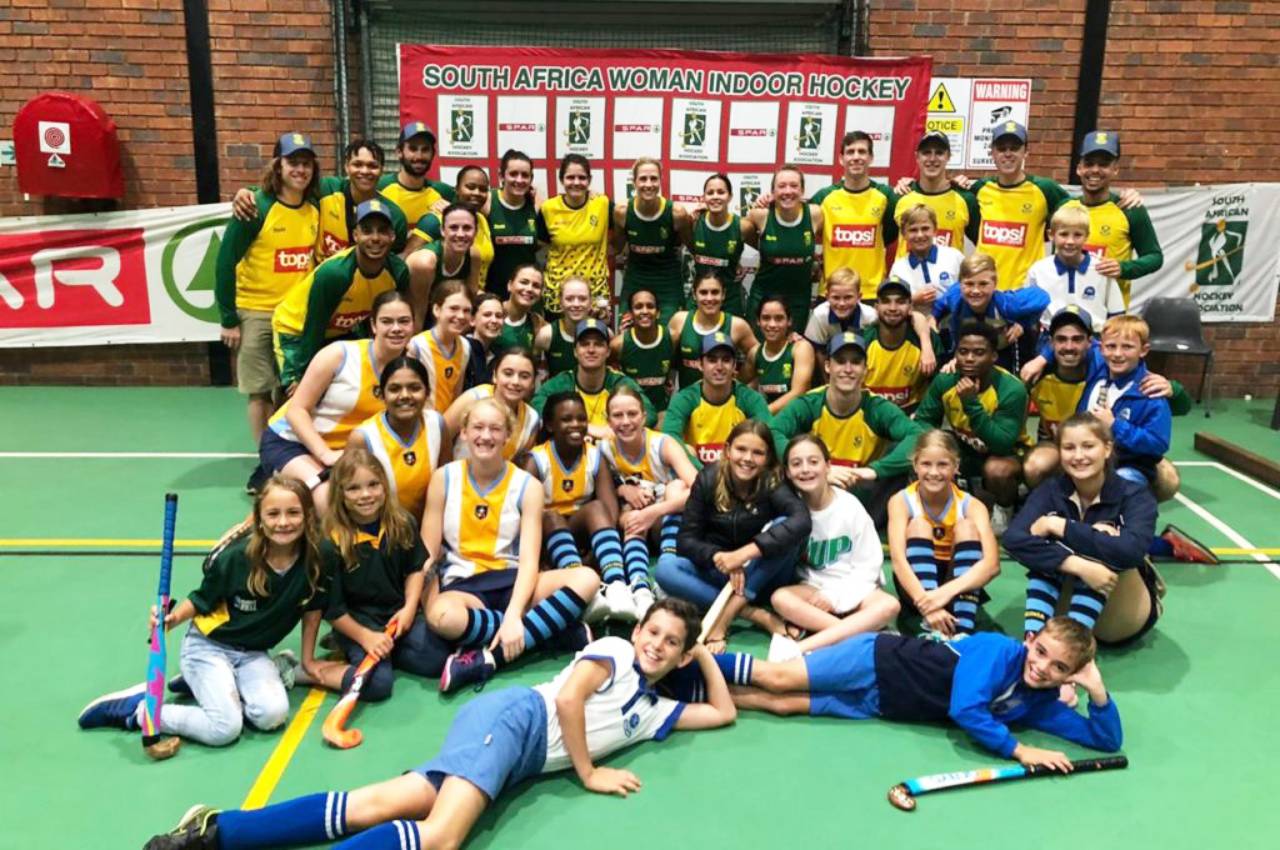 The Durban leg of the Switzerland and South Africa Indoor test series concluded in unfamiliar surroundings after the local organising committee decided to move to Ashton College to protect the quality of indoor hockey on display. Despite the logistics change, the new venue seemed to raise the game for the teams as they produced a fantastic display of indoor hockey.

Liberated by the improvement in grip the quality of hockey on display ratcheted up a couple of gears much to the joy of the compacted crowd at the Ballito school, as well as all of those watching on the DigiTV live stream.

When you think of the SPAR South Africa indoor ladies’ side the word that must come to mind is excellence. Over the past almost 36 months they have raised the bar for Indoor hockey in this country and consistently achieved beyond the expectation. They faced a Swiss side that were fully up for this game and having to withstand some heavy pressure stood firmer than my first car when that truck changed lanes without looking at his blind spot. Zimi Shange was the star of the show in leading a resolute defensive line.

SPAR South Africa scored the opening goal of the game in the ninth minute when Kara Botes finished off another PC variation. Lennie Botha’s team have shown their arsenal of penalty corners to be more lethal than the football team who shares that name. Despite Switzerland knocking on the door with more regularity than I have likes on a social media post, the SPAR South Africa ladies weathered the storm before the customary double punch settled the match.

Skipper Cindy Hack made a lung busting run from the middle of the park and Robyn Johnson picked her captain out superbly for Hack to tap into an open goal. Before Switzerland had a chance to blink, they were caught out again. Wonderful pressure by Amy Greaves saw the ball turned over and an interchange between Greaves and Hack made it certain for the skipper to get another.

With the SPAR South Africa ladies striving for the kind of perfection not seen since my Matric Maths paper, they will be disappointed in letting Switzerland get a small foothold into the game in the final quarter. Nora Murer got the goal from a penalty corner that their performance deserved, but in truth it turned out to be nothing more than a consolation as the SPAR SA Indoor Ladies took an unassailable 3-0 lead in the 6-match series.

The tournament now heads to Sunningdale in Cape Town where there will be matches on Thursday, Friday and Saturday. If you are not in the area you can also watch the games on the livestream by Digitv.

Photo 1 Caption: The South African Hockey Indoor team have taken a 3-0 lead in the six-match series against Switzerland in Durban and will move to Cape Town for the last three matches from Thursday, 14 November 2019. Photo: SA Hockey