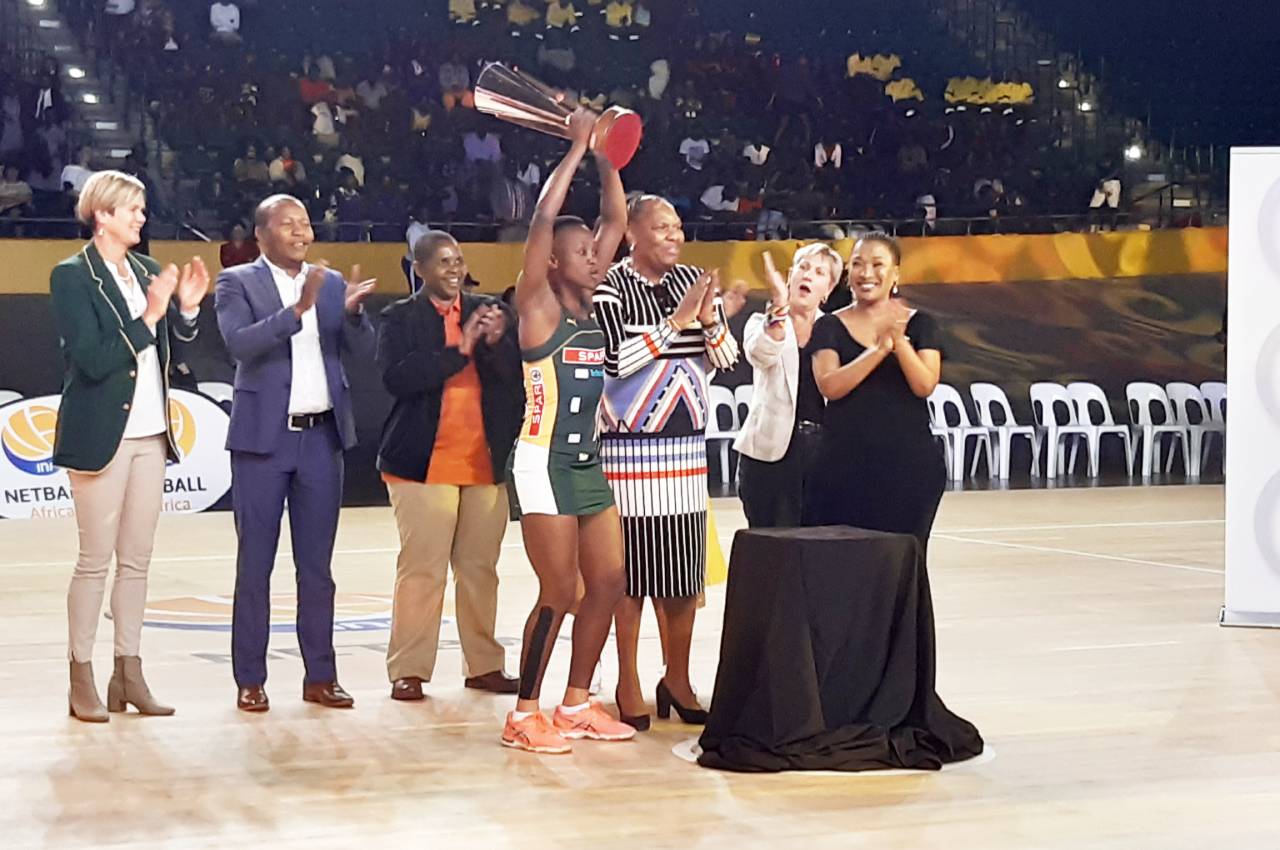 The SPAR Proteas were crowned the 2019 Africa Netball Cup Champions after beating Zambia 72-53 at the Bellville Velodrome in Cape Town on Tuesday, 22 October 2019.

Match 18 of the 2019 Africa Netball Cup saw Lesotho face off with Zambia. Lesotho went into the game with five losses. The team had lost all their games however they have shown great progress and improvement from day one to day five. In the second quarter, they really took the game to Zambia and committed more. The difference was that they didn’t convert the many chances they created and as a result Zambia registered their second win of the tournament.

Zambia who had played four games leading to the last day of the Africa Netball Cup had managed only one win and three losses in their four matches. Zambia were yet to face the on-form SPAR Proteas in the final game of the tournament later Tuesday afternoon.

Game 19 was a match between world ranked number seven Malawi taking on 14th ranked Zimbabwe in both teams’ final matches of the tournament. Malawi had only suffered a solitary loss and managed four wins, they were second on the log behind South Africa and the Gems of Zimbabwe three wins and two losses in their five matches.

It was Malawi who went off the mark first and converted their chance seconds after centre pass. Historically, Zimbabwe has always enjoyed great support on the stands however for this game it was the Malawian fans that had the loudest voices. At the end it was Malawi who pulled through with maximum points winning 71- 46.

The Proteas Remained Unbeaten at the Africa Netball Cup

Sparks were expected to fly in this game, as one would have anticipated that is what happened. SPAR Proteas started the game like a team on a mission and this was evident in how they approached the match. They were quick off the mark and drew first blood just as the game started, one could get a sense that Zambia were prepared to give as much as they got.  At the end of the quarter, it was South Africa who led 17 -12.

This was a dream start for the dynamic coaching duo of Dumisani Chauke and Dorette Badenhorst who had just been appointed 21 days before the tournament started. Winning any silverware with just three weeks in the job is what every coach would like to have.

The following players got the following awards at the end of the tournament:
Best Centre Court Player –Takondwa Lwazi from Malawi
Best Accurate Shooter – Beauty Nakazwe from Zambia
Most Valuable Player – Mary Cholock from Uganda

Photo 2 Caption: The SPAR Proteas team celebrate their 2019 Africa Netball Cup victory with the title in hand at the Bellville Velodrome in Cape Town on Tuesday, 22 October 2019. Photo: @gsport