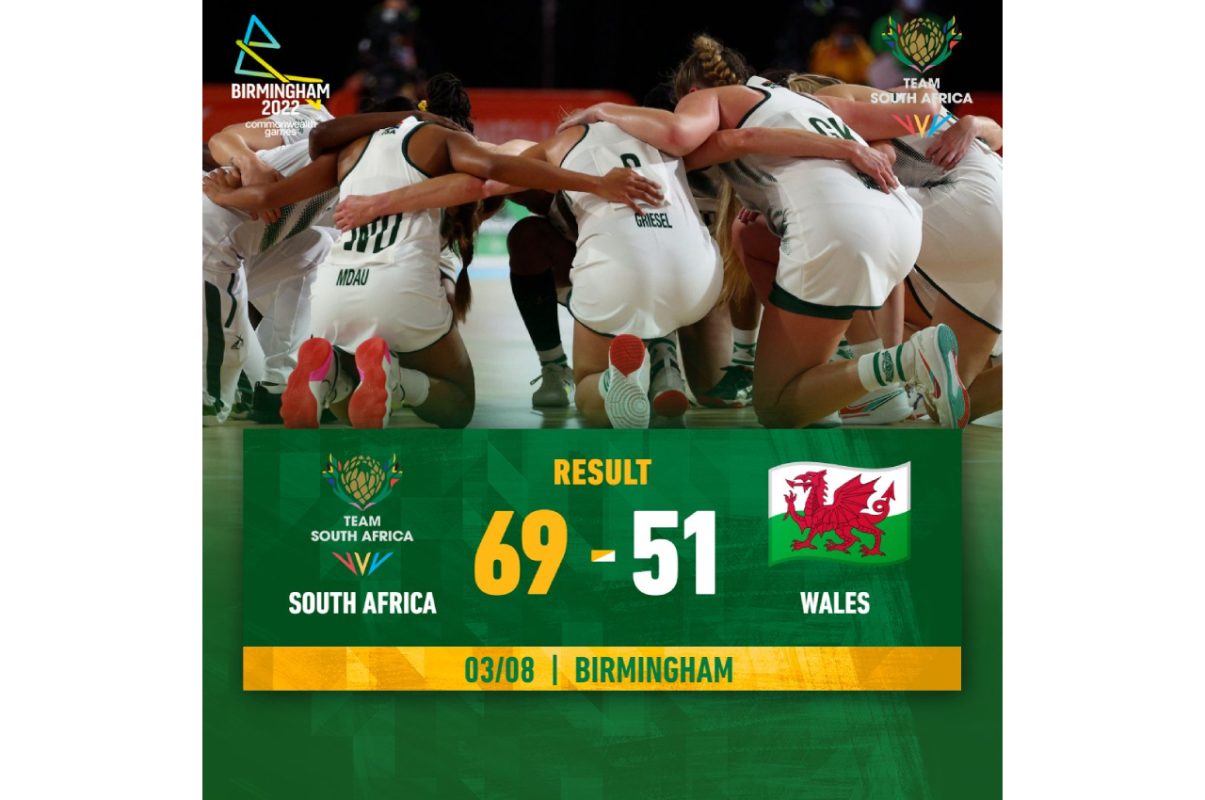 Spar Proteas beat Wales 69-51 in their third match in Pool A at the Commonwealth Games on Wednesday, 3 August 2022.

South Africa with the first win of the day🙌

This is South Africa’s 2nd victory in Pool A maintaining their undefeated streak against their opponents.

🇿🇦 The SPAR Proteas win again in Cardiff and extend their winning streak against Wales to eighteen matches.

The two teams came into the match looking for redemption after their losses against Jamaica and Australia. Both teams have lost two games already in this tournament.

With the ladies in green and gold having never lost a game against their opponents, it came as a surprise when the first quarter ended at 12 all.

SA and Wales end Q1 tied at 12-all. Plenty of netball and hoops to come! Stay tuned.#TeamSA #CommonwealthGames pic.twitter.com/Gb87wU9enf

South Africa went into the second half leading 31-21 and kept piling on the pressure to extend their lead and eventually win the match.

South Africa will next face Scotland in Pool A on Thursday, 4 August 2022.

🗣️ See the update to the times of SA's matches

Photo 1 caption: Spar Proteas recorded a 69-51 win over Wales in their Pool A clash at the Commonwealth games on Wednesday, 3 August 2022. Photo: Netball South Africa