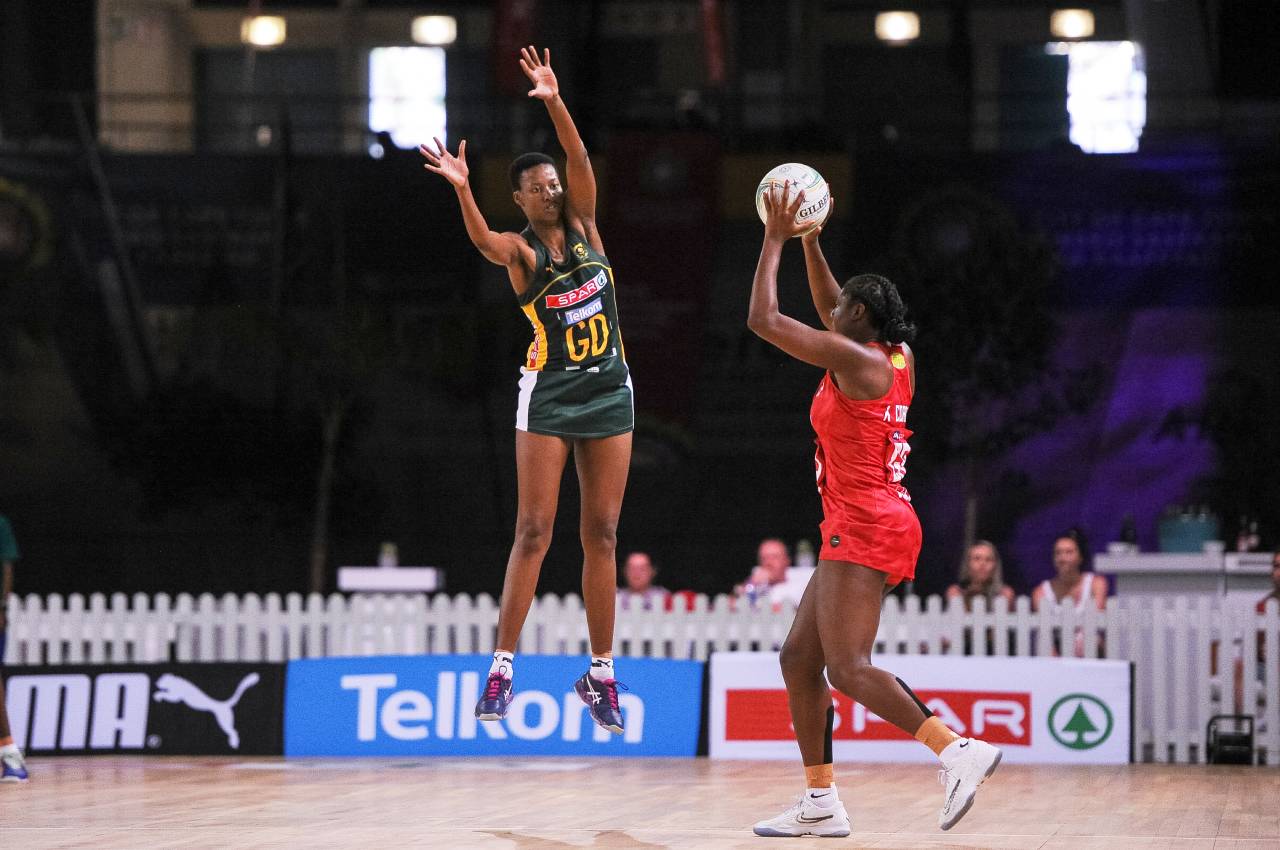 South Africa’s national netball team, SPAR Proteas are ready to compete and do battle at the 2020 Vitality Netball Nations Cup that will take place in England, across three cities namely Nottingham, London and Birmingham.

The other three teams that will be playing against South Africa at the Vitality Netball Nations Cup include world champions New Zealand, Jamaica and Commonwealth Champs and hosts England.

SPAR Proteas who have been in camp for a week in Nottingham are ready to go and play their first game against Jamaica on Sunday, 19th January who they recently beat 55-52 at the 2019 Vitality Netball World Cup in Liverpool a few month ago. The match on Sunday will be the first one where these two countries play together in Nottingham.

2019 saw the SPAR Proteas face England as many as six times in one year starting at the Quad Series where South Africa managed to come out as victors during that tournament. The other two meetings took place at the 2019 Vitality Netball World Cup and the Roses won those two encounters. Quite recently, the two teams met in Cape Town again for a three-match series at the SPAR International Netball Challenge where England clinched the series 2-1.

The final match of the 2020 Vitality Netball Nations Cup will see the SPAR Proteas take on World Champions New Zealand. The last time the two teams played against each other was at the 2019 Quad Series in England. The SPAR Proteas pushed the Silver Ferns all the way to extra time and ended up losing by two points.

All the teams participating at this tournament are going through a rebuilding phase after the 2019 Vitality Netball World Cup. There seems to be new coaching and playing personnel across the board and one gets a sense that this is in preparation for the next World Cup which will be staged in South Africa.

Dorette Badenhorst who was just appointed in October together with Dumisani Chauke will be going into this tournament with one objective in mind and that is to win. The two have overseen nine matches since their appointment and they have won seven out of nine matches including winning the Africa Nations Cup. They would want to carry the momentum into this tournament and possibly come back with some silverware from England.

When asked about the team’s preparation and readiness, SPAR Proteas Head Coach Dorette Badenhorst said, “We are going into this tournament with one thing in mind which is to win it. The spirit and mood in the camp are very high. As the coaching team we are happy with our combinations and delighted to have the world’s best goal defender Karla Pretorius back in the team. Her experience and that of others will make all the difference in the world.

The SPAR Proteas games during the 2020 Vitality Netball Nations Cup are as follows and all games will be live on SuperSport 10 (Channel 210):