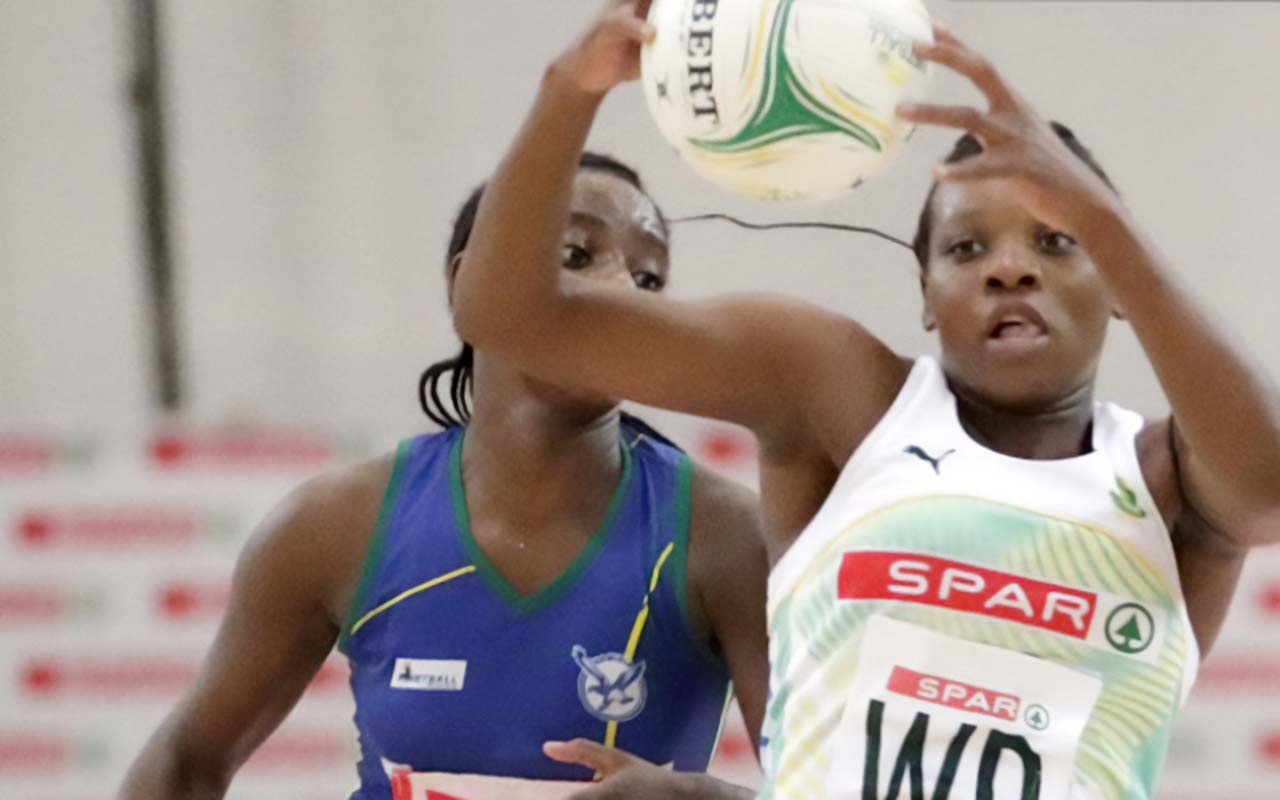 The Spar Proteas beat hosts Namibia 65-39 to retain their title as Africa Netball Cup Champions in Windhoek on Tuesday, 16 November 2021.

South Africa headed into the match as firm favourites as they had not lost a single game in the tournament, however Namibia as the hosts enjoyed home-ground advantage.

Coach Dorette Badenhorst made a few changes from the team that played against Uganda on Monday, starting the likes of Khanyisa Chawane, Lefébre Rademan and Ine-Mari Venter.

“We needed to make sure that we deliver.” Spar Proteas assistant coach, Dumisani Chauke

In the opening quarter, the Namibians did not sit back as they took the game to South Africa as soon as the first whistle went off. Julene Meyer made a strategic change very early in the quarter.

In the second quarter, Badenhorst made a few positional changes midcourt, swapping Bongi Msomi and Chawane around, Simoné Rabie came in for Phumza Maweni at the back and Jamie van Wyk at Wing Defence.

South Africa’s dominance continued even though Namibia kept coming, the SPAR Proteas made sure that they settled in the driving seat. The defense duo of South Africa made sure to restrict their opponents to only securing six points in fifteen minutes. The quarter ended 32-16 to the SPAR Proteas.

The third quarter was a high scoring one and it was the first time in this match that Namibia managed to score double figures against South Africa, they managed to put twelve goals against seventeen of the Spar Proteas. South Africa sealed the game in this quarter with a 49-28 scoreline.

South Africa’s winning record in this tournament remains unmatched as they are yet to lose since 2019.

“We knew that Namibia will give us a run for our money, we understood that they will bring their A game here today and we needed to be ready for that. I am really proud of how the girls rallied together and made sure that they deliver for the team. Whoever we put in today understood what the assignment was, regardless of where you come from the KPI’s do not change. We needed to make sure that we deliver,” said Spar Proteas assistant coach, Dumisani Chauke.