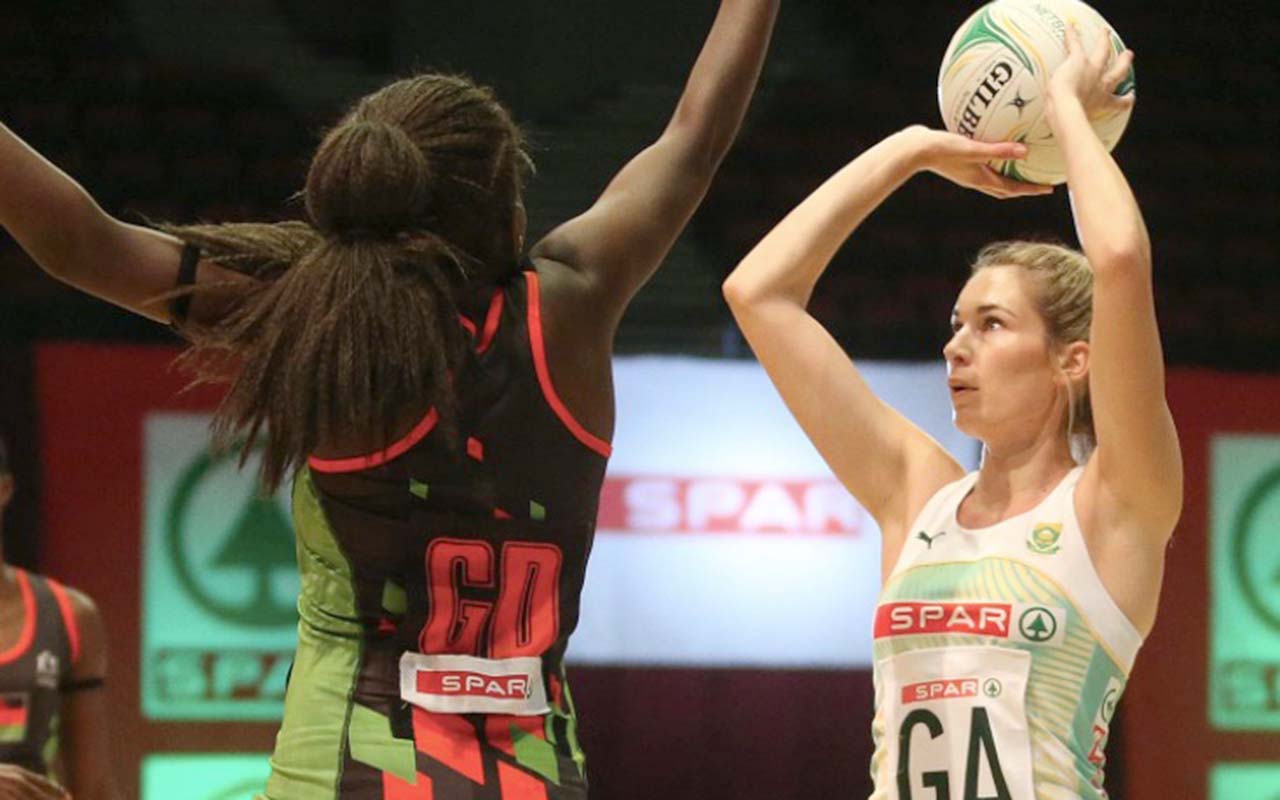 The match lived up to expectations as soon as the first whistle. It was Malawi who threw everything at South Africa and made their intentions very clear about winning this match.

Both teams came into this match with three wins under their belts. The Spar Proteas were able to find their rhythm and take the first quarter 14-11.

The second quarter was no different as the game was very intense and closely contested. Coach Dorette Badenhorst made no changes during the break to keep the momentum and pressure on the Malawian team.

The South Africans went into the half-time break leading 25-22.

Malawi came back from the break a bit distracted and seemed to be giving away possession cheaply, one could wonder if this was caused by the outburst that happened on the bench just before the break.

The Spar Proteas capitalised on this and made sure to comfortably extent their lead, sticking to their game plan and making the most of Malawi’s errors.

South Africa finished the quarter with 41-29 on the board.

Coming into the last quarter, Proteas retained their shape and made sure to get the game over the line. They restricted the Malawi attackers to only scoring 10 goals.

“It was a tough battle for us out there, both on and off court. Playing Malawi was tough, and I am glad that we managed to take charge during the third quarter, the difference between us and the opponents was that we played the ball and not the man,” said Badenhorst.