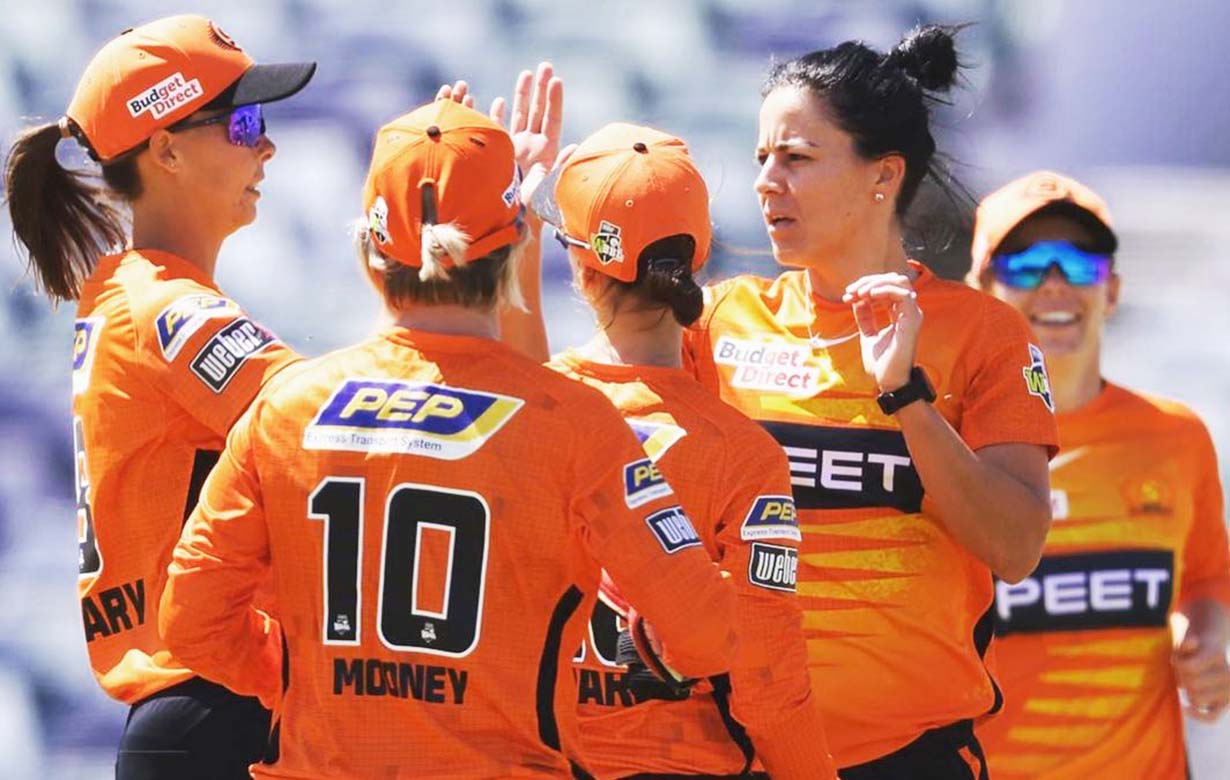 The 100-wicket club has a brand new member!

Kapp moved to Perth Scorchers this year after six seasons with Sydney Sixers.

On Sunday, 7 November, Kapp left the Hobart Hurricanes top-order in tatters, taking 4-10 to guide Scorchers to an emphatic win.

Prior to this performance, the South African had taken four wickets across her first seven matches for her new team, maintaining an economy rate of 6.07.

“I was happy to finally compete, I felt like the first games I was absolutely nowhere,” Kapp revealed to the WBBL media.

Speaking on her arrival at the club, Kapp said: “To be honest, I was a bit nervous.

“I don’t really change team too often, and I felt like I had a point to prove.” – South African international Marizanne Kapp on turning up for a new pro team in Australia

“I think I just put a bit too much pressure on myself. Hopefully now all that is gone, and I can keep on contributing,” she concluded.

Earlier this year, Kapp was recognised by the International Cricket Council as she was named ICC world’s best Women’s ODI All-Rounder.