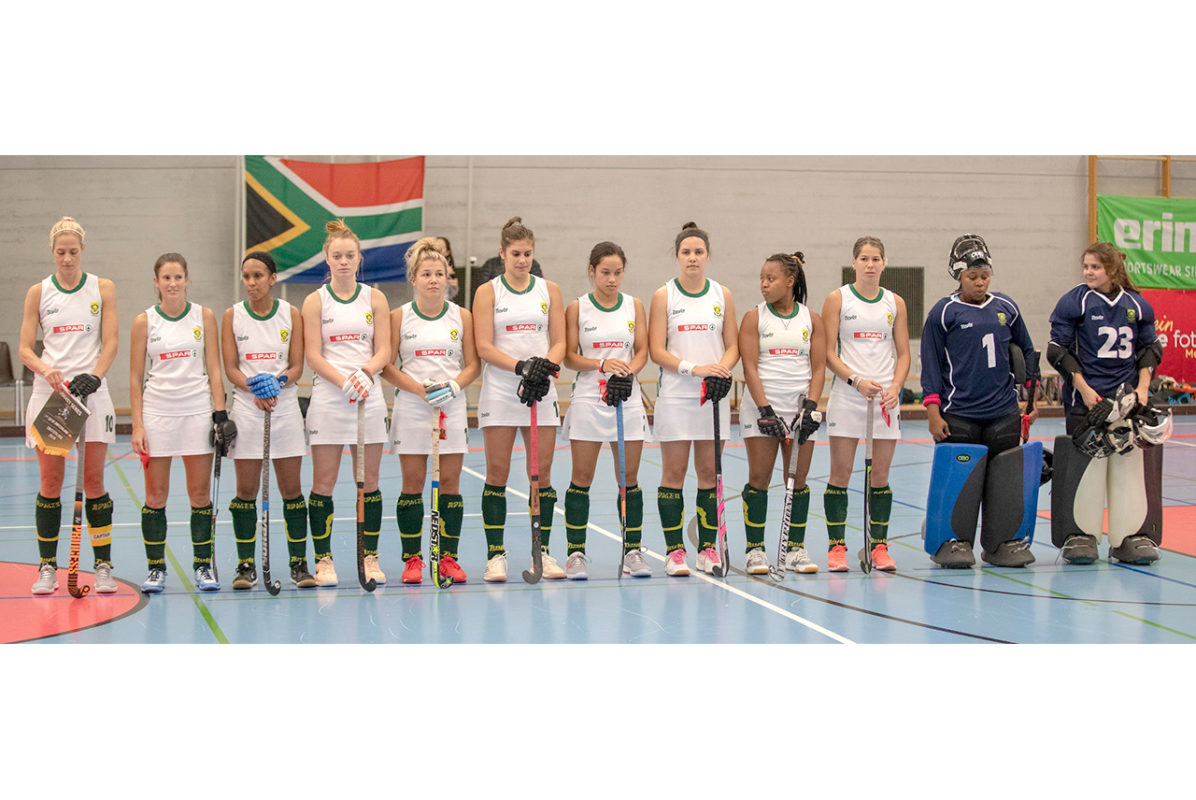 For the first time in South African indoor hockey history, a South African side has won a series against a top 10 nation, and not only did the SPAR South African ladies do the aforementioned, but they did it in style, winning the five-match series 3-1 against Switzerland, away from home.

For coach Lennie Botha it was a feather in the cap to the hard work he has done in creating a brand of indoor hockey that the country could be proud of.

South Africa led the series 2-0 at the half way stage and managed to secure the historic series win in the fourth test with arguably their best display of the series so far. A very physical first half saw a rotated Swiss side through what they could at the South Africans, but their resolute character shone through and they started to dictate the pace of the game.

They got the only goal of the first half when Tegan Fourie netted to make it 1-0. It was Fourie’s 17th International goal in only her 18th cap for South Africa.

Lilian du Plessis is no stranger to South African Hockey or goal scoring having netted numerous times in her 119 outdoor caps, but here she was playing in only her 9th Indoor cap for SA and made the score 2-0 with another field goal.

Amy Greaves then made it three playing in her 46th indoor hockey game for South Africa. The nature of the goals flying in from quick team play is something that Botha and his video analyst Bright Mashaba would have been delighted about.

South Africa added a fourth through their skipper Cindy Hack and although they let in a late consolation goal to Sofie Stomps, the African side knew they had historically won the series and extended their test unbeaten run to 29 matches.

It is always challenging to get yourself up for another game a few hours after the emotional victory in the morning game and Switzerland produced their best display against the tired South Africans in the final test. The Swiss had been fantastic hosts and gave their home crowd some joy in the final game.

Janice Thoma and Alexandra Walti gave them a 2-goal lead before Kelly Reed pulled one back for South Africa. Sofie Stomps, the top scorer for the Swiss throughout the tournament got 2 more as the hosts finally got the win they were looking for and ending South Africa’s long unbeaten run in test matches.

The result meant that the South African side, ranked 16th in the world, were series winners against the hosts ranked 7th.

South Africa travelled to Prague today where they will play the Czech Republic, ranked 5th in the world, in 2 test matches before returning home. Regardless of the result in those matches, they will return home as heroes.