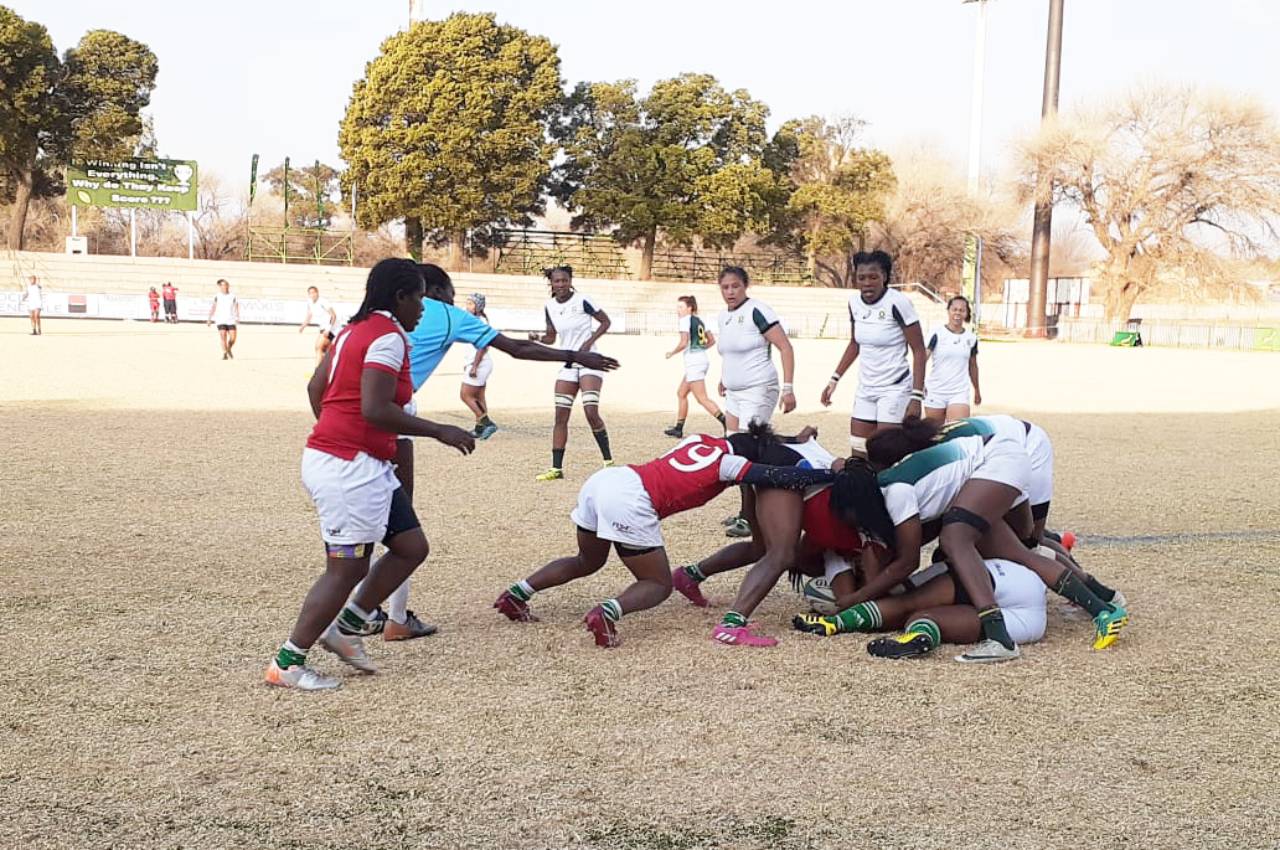 Springboks assistant coach Lungisa Kama pointed out on Wednesday, 14 August, that the team were enjoying their rugby and were hopeful that they could book their place in the 2021 Women’s Rugby World Cup in New Zealand after winning their first two qualifying matches.

The Springbok Women will face Kenya in their final match of the qualifying tournament at the Bosman Stadium in Brakpan on Saturday in what marks the decider as both teams have won their opening two matches with bonus points.

The hosts currently top the standings on points’ difference after registering big 89-5 and 73-0 victories against Uganda and Madagascar, with the Springbok Women racking up an impressive 28 tries in the process.

“I am very proud to have the opportunity to work with this group of players – they have shown real commitment in terms of their conditioning and skill levels, which is pleasing,” said Kama.

“They play for different provinces in the SA Rugby Women’s Interprovincial Competition, so there were some skill-sets that were of concern to us initially. But we worked on that, and we are now at a point where our handling skills and presence in the contact have improved a lot,” he added.

“That said, we will continue our preparation this week for the match against Kenya, and we are looking forward to a good game.

“This is a happy group of players and they are enjoying what they are doing, so we are hopeful that we will qualify for the 2021 Women’s Rugby World Cup.”

Looking back at the team’s performance on Tuesday, Kama said: “Madagascar were very determined and committed in their approach, and they made things tough for us at times. But after taking a good look at ourselves and improving on the basic aspects of the game we came through nicely.”

“Kenya are physical and fast, so the contact areas will be important, and we also need to polish our handling skills.” – Springboks assistant coach, Lungisa Kama

But Kama warned there was still work to be done before facing Kenya as they look to wrap up the tournament with another quality performance for a place in the 2021 extravaganza in New Zealand.

“We have played two games together now, so the cohesion within the squad is better,” said Kama.

“But there are areas we would like to improve on, such as our breakdowns. Kenya are physical and fast, so the contact areas will be important, and we also need to polish our handling skills.”

The Springbok Women had a morning gym session on Wednesday as part of their recovery strategy and spent the rest of the day off their feet as the conditioning staff are trying to keep them as fresh as possible for Saturday’s tournament finale.

Photo 1 Caption: The Springboks squad in action against Madagascar on Tuesday, 13 August, 2019 in their second qualifier for the 2021 Women’s Rugby World Cup. Boks defeated their opponents 73-0 at the Bosman Stadium in Johannesburg. Photo: gsport