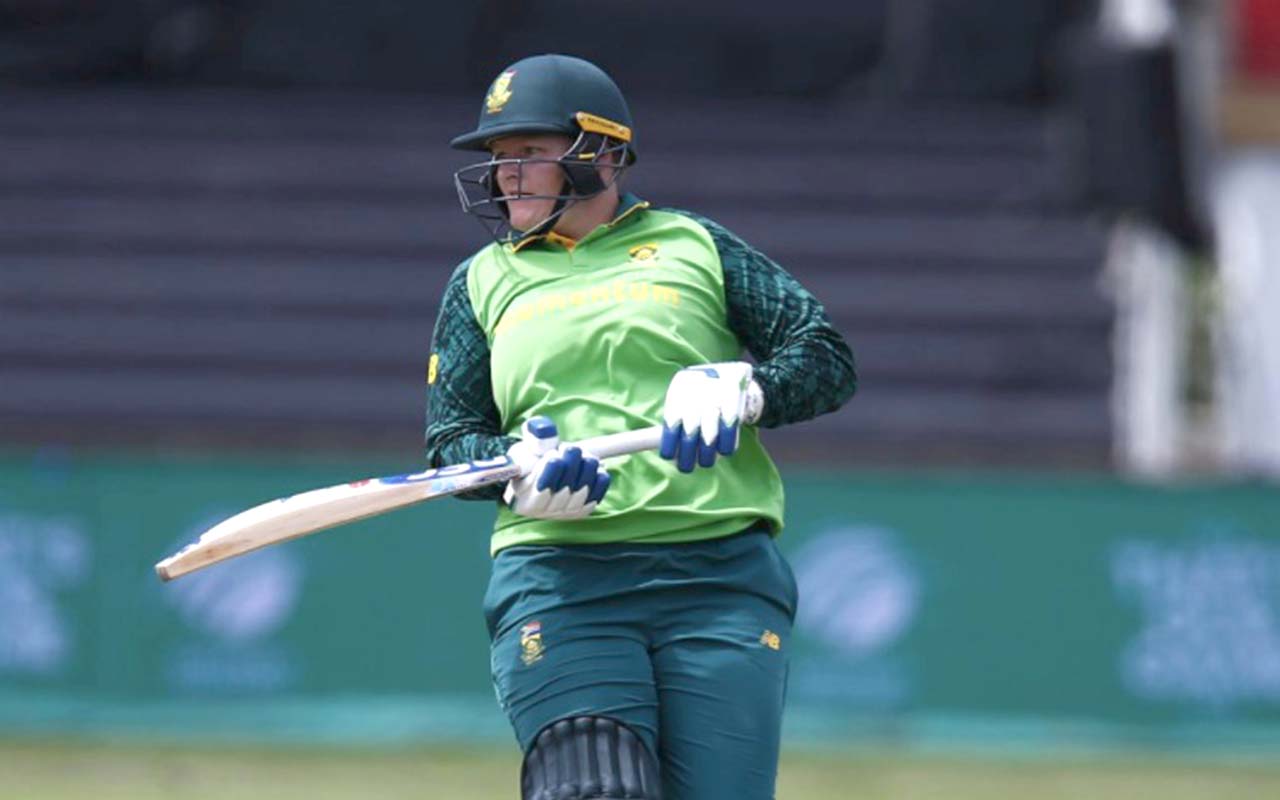 The Momentum Proteas produced a sterling performance with the ball to win the opening Women’s One-Day International against West Indies Women at Coolidge Cricket Ground by eight wickets on Tuesday, 7 September 2021.

The victory was set-up by some impressive bowling from the Proteas Women who were stingy with the ball. Ayabonga Khaka led from the front taking two wickets for only 17 runs from her seven overs, while captain Dané van Niekerk and Tumi Sekhukhune also chipped in with two wickets each with figures of 2/23 and 2/32 respectively.

The hosts did not offer much with the bat and were sluggish in the initial overs only amassing eleven runs in six overs before the first wicket fell, and it was no surprise when Marizanne Kapp bowled Kyshona Knight out for 5. Sekhukhune got into the action with a wicket maiden in her first over of the game as Hayley Matthews hit one straight to Lizelle Lee at point, dismissed for four.

The Proteas spinning duo of Suné Luus and van Niekerk did well to contain the hosts and the pressure paid off as Luus broke the 3rd wicket partnership. Deandra Dottin 38 (36) who offered a bit of resistance tried to clear the boundary but was caught at long on by Mignon du Preez off Luus. With the Windies 70 for 3 the Proteas skipper continued to add more misery with a couple of wickets, Chedean Nation 5 and Chinelle Henry 4 who were both adjudged leg before wicket.

With wickets falling the hosts failed to consolidate and kept losing wickets in key stages of their innings and were eventually bowled out for 153 with three overs to go.

Needing 154 to win, Proteas Women reached their total with eleven overs to spare. Lizelle Lee and Laura Wolvaardt were in fine form with the bat as they helped the visitors to the perfect start scoring with ease. On a good batting pitch, runs continued to be plundered with the South African opening pair reaching 88 before Wolvaardt lost her wicket on 36 (65) to Anisa Mohammed who bowled one that went through the gate and clipped the off stump.

Lee 91* (126) soon reached her 21st fifty in ODI’s with a high proportion of boundaries (ten fours and one maximum) as the team raced to 154 with eleven overs to go and were well in control.

After losing the wicket of Luus 0, the experience duo of Lee and van Niekerk 17* off 37 saw the Proteas reach their target with affluence a feat the Proteas Women will take heading into the second ODI on Friday at the same venue.

Photo 1 Caption: A clinical performance on field field and with the bat – led by Lizelle Lee’s unbeaten 91 – saw the ‪Momentum Proteas claim an 8-wicket victory in the opening ODI against West Indies on Tuesday, 7 September 2021. Photo: Cricket South Africa (Twitter)