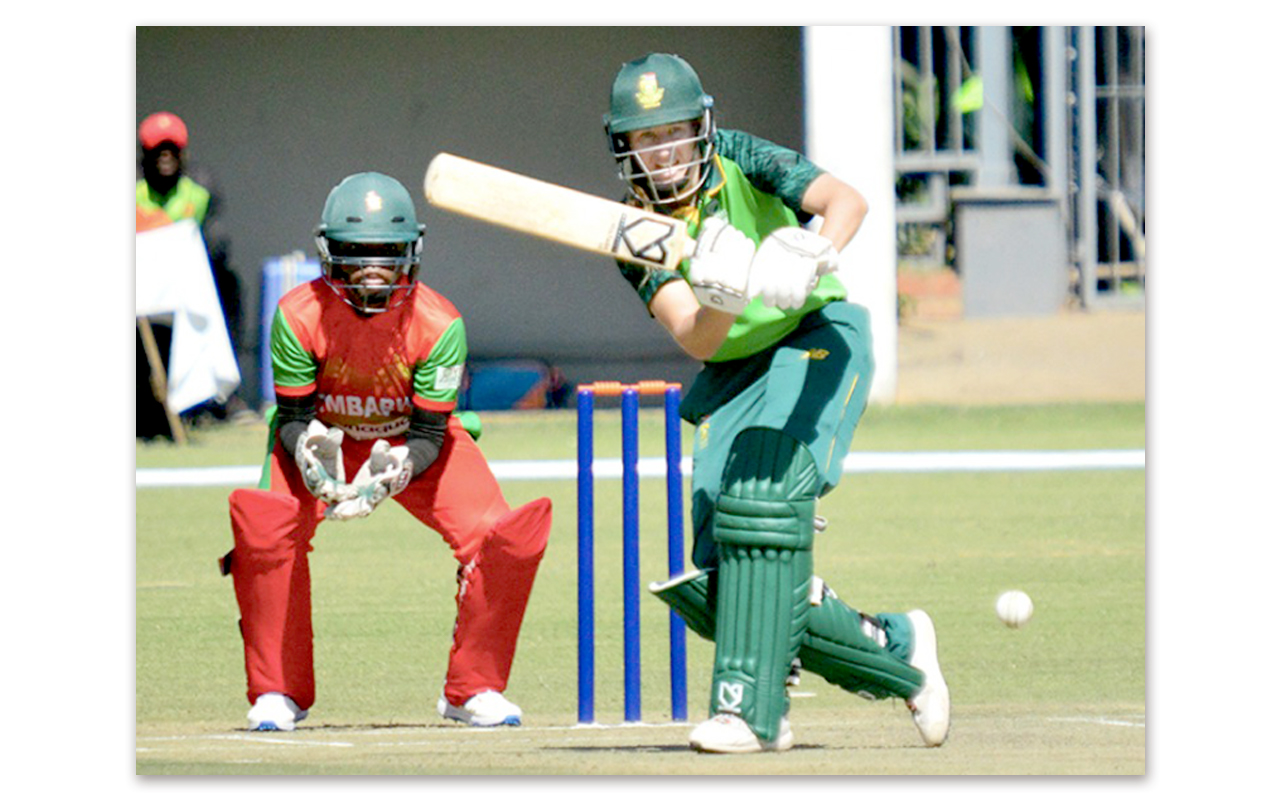 Handy contributions from team captain Andrie Steyn and the middle order helped South Africa Women Emerging side make a strong start to their five-match one-day series on their tour of Zimbabwe with a 32-run win in Bulawayo.

Steyn, who is SA’s captain for the series against Zimbabwe Women, struck an impressive century to lay the base for their 232 for 7 after they were invited to make first use of the surface at the Queens Sports Club. Her third wicket stand of 86 runs with Nondumiso Shangase 43 (70) was the catalyst as the visitors established their dominance over the home side before the former was caught off Precious Marange’s bowling.

Steyn raced to her 100 off only 132 balls (9 fours). When she fell, she had scored the bulk of the total of 232 runs supported by Shangase and the inform Anneke Bosch, who was more rapid in her 46 off 47 balls. She was caught by Mavhunga off Nomvelo Sibanda’s bowling.

Sibanda struck again, to have Delmi Tucker leg before wicket. The lower order did not add much significance to the total as the visitors ended their 50 overs with 232 for 7.

Zimbabwe struggled along for much of the first half of their chase. First wicket to fall was Chiedza Dhururu who was caught by Steyn of Michaele Andrews. The home side then had stumbled to 57 for 3.

Josephine Nkomo, the Zimbabwe captain, kept the fight alive with 70, but used up 113 balls. She added 73 runs for the fifth wicket with Precious Marange, who contributed a quick fire 41 off 42 balls. But despite their efforts the hosts fell behind.

While Andrews (3 for 48 in 10) dominated the wickets column, there were other impressive contributions. Opening bowler Masabata Klaas and Jane Winster stifled Zimbabwe with economical spells of one for 38 in ten overs, and one for 14 in five overs respectively.