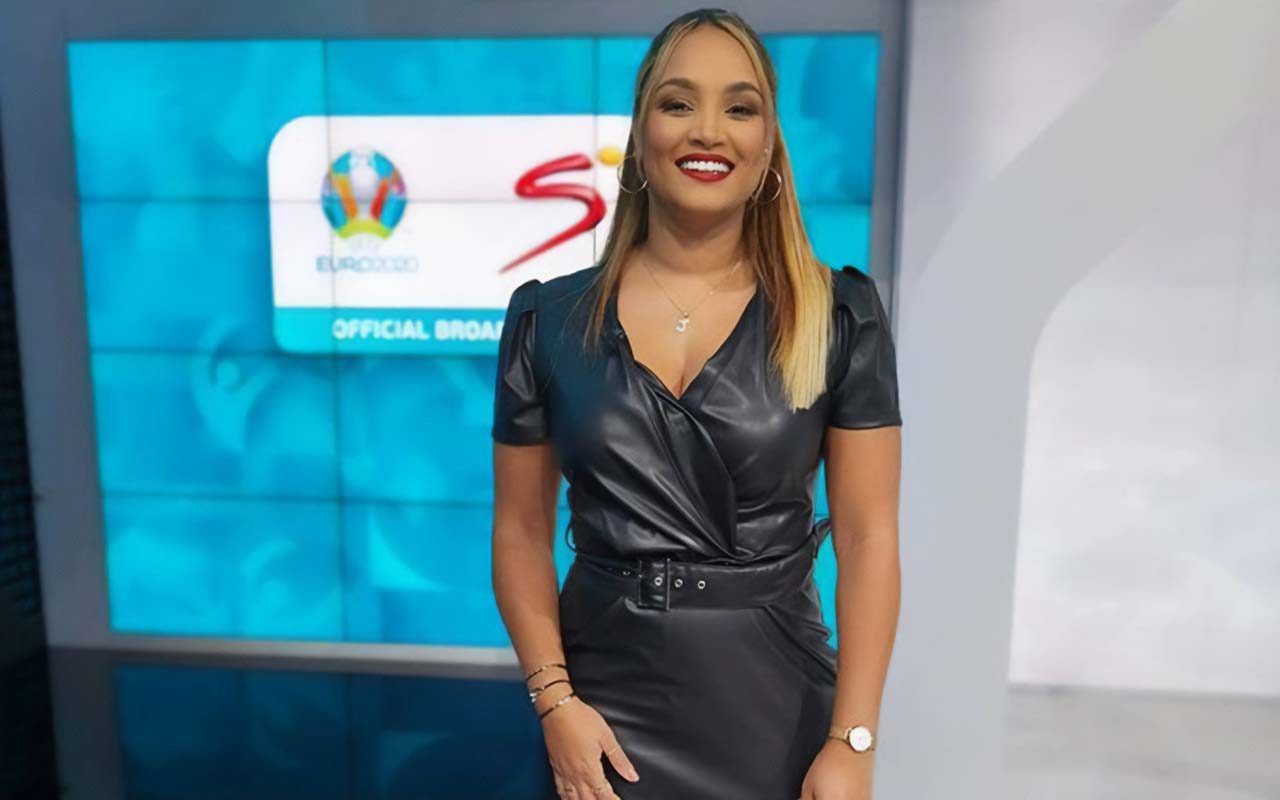 Stuart, a regular contributor for Premier League TV in the United Kingdom was also one of a select few presenters to cover the historic Premier Soccer League bio bubble campaign in South Africa in the past year. She also anchored the recently concluded Euro Championships. Though she has interviewed legends such as Thierry Henry, Michael Owen, Cesc Fabregas and Ashley Cole as part of SuperSport UEFA Champions League and Premier League Coverage, she says her most memorable moments behind the camera is when she is focusing on women in sport.

Stuart was overwhelmed when she heard that she had been shortlisted for #gsport16 recognition: “I am truly humbled and honoured to be a finalist among such an elite list of women in sport, whose work can be witnessed across multiple media channels, sporting codes and boardrooms. What a huge honour it is for me. I have had quite a bumper year and I am so proud of the work that I have done with Premier League TV, anchoring the Euro champions and being part of a historic Premier Soccer League and covering my first ever Olympics on SuperSport.

Break out broadcaster, Mbali Sigidi has put in the work since her days at Soweto TV. She now finds herself at SuperSport as one of the leading ladies on the DStv Diski Challenge, her work ethic during the Diski challenge was eventually rewarded her with a debut in the DStv Premiership. Sigidi has risen through the ranks and looks set to rise even further.

Speaking about being a #gsport16 finalist, Sigidi said: “It is such a great honour and privilege to be made a finalist for the SuperSport Woman in TV category at the Momentum gsport Awards alongside such esteemed women in the industry. I don’t take the nomination lightly considering the calibre of women we have in this industry. I am very, very, happy because this news come as a validation of me being in the right place, a validation of my work and I have gone through so many moments where I had to battle the imposter syndrome feeling like I don’t belong.”

Sigidi said she was glad to have overcome challenges to be where she is today.

“After refocusing my attention I found myself climbing through the ranks and working relentlessly towards my dreams. I want to thank Kaizer Chiefs, Soweto TV, SuperSport TV and all broadcasters who gave me an opportunity to intern, to volunteer, to knock on their door. I want to honour SuperSport TV, not only for taking a chance on me but for throwing me into the deep end.

“I am so grateful to see my career unfold in this way. My journey has not been easy and being recognised at this level makes it all worth it. Thank you to the Momentum gsport Awards for creating a platform like this where we can stand behind each other as women and celebrate the great work that we display. Congratulations to all the women who are #gsport16 finalists.”

Newzroom Afrika’s Tumi Kgasoe, a seasoned broadcaster who has been making a name for herself in the industry for many years, rounds up the finalists in this highly contested category. Kgasoe is passionate about telling human interest stories that changes lives. Her passion for sport and storytelling has seen her climb up the broadcasting ranks from campus radio, Tshwane FM to telling stories of women in sport breaking boundaries on national television channel, Newzroom Afrika. Kgasoe’s growth has seen her use her voice to elevate women in sport on leading broadcasters such as YFM, Vision View Sports Radio and PowerFM 98.7.

She said she was grateful for the recognition: “I can’t believe that I am now a Momentum gsport Awards finalist in the Woman in TV category. This is so exciting, encouraging and motivating. Not only am I being celebrated alongside women in the industry, but these are women who have inspired me for years, women who have paved the way for all us, women who are the blueprint of great broadcasting, not only in the country but abroad.

“I have worked really hard to ensure that the narrative of women in sport displayed in my broadcast is always in a way that inspires and empowers. It’s important for me to tell stories that make a difference and to be recognised at this level means that I am doing a great job. Thank you to Kass and the gsport team for working tirelessly to ensure that this is one of the biggest platforms for women in sport, I would really like to take this home so if you are reading this, please vote for me.”