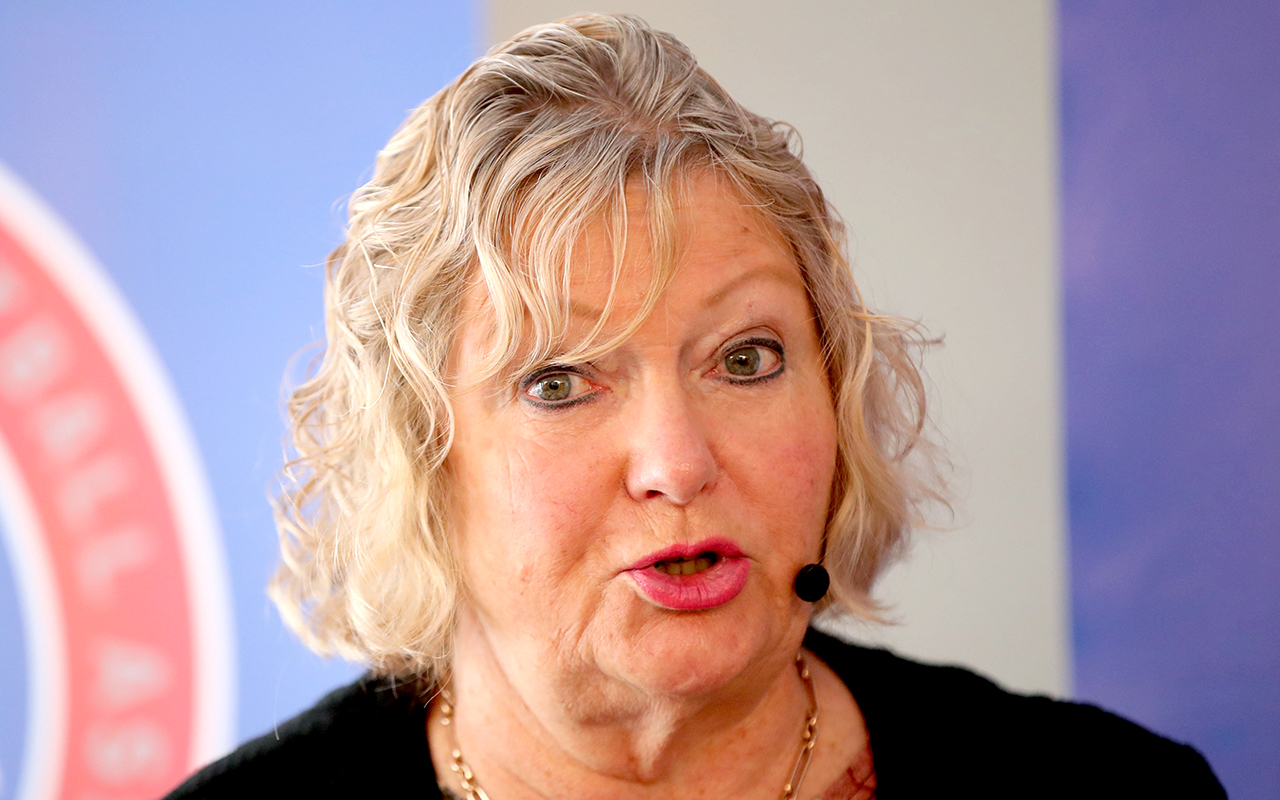 COSAFA Secretary General, Sue Destombes, hopes to one day leave a long-lasting legacy that will see the organisation successfully organise its competitions and leave a mark within the countries and communities that host their tournaments.

Destombes spent 15 years working in the insurance industry before moving to football in 1994 where she worked with a Sports Marketing company, leading to her work alongside COSAFA from 1997.

In 2011, she was appointed Chief Operations Officer and three years later moved into the position of Secretary General.

Aside from her incredible work for COSAFA, the veteran administrator is a member of FIFA’s Organising Committee for Competitions and also works with CAF on a per tournament basis.

As a Lifetime Achievement recipient, Destombes is looking to break down more barriers in her workspace by securing long-term partnerships with corporates to enable that the organisation will be more self-sufficient.

But her plans have been put on hold due to the global Coronavirus pandemic that has impacted on the six tournaments that COSAFA has planned for the year.

Sue, how’s life been for you under COVID-19 lockdown?

Frustrating, as I’m sure many people feel but at the same time it has permitted time to concentrate on administrative matters. The frustration comes in from a competitions perspective – we have six tournaments to organise this year and we are not able to definitively plan these whilst we don’t know when regulations in both South Africa and the rest of the region will be relaxed.

There has been a lot of concern as athletes and federations are worrying about the financial impact that this pandemic will have. As a leader of the playing nations in Southern Africa, are there financial relief programmes in place to assist?

FIFA has escalated the payment of the balance of its 211 Member Associations’ (including the 54 African Associations) forward funding for Operational Expenses and have waived the usual requirements that need to be met before they receive the next tranche. This will greatly assist our African Associations.

How is COSAFA playing its part in assisting the broader communities to ease the pressure?

COSAFA has had an ongoing social media campaign featuring players and referees from across the region recording their messaging to people of their respective countries.

Let us talk about your journey. Where did it all begin for you?

It began in 1994 when I joined a Sports Marketing agency which concentrated on football, with South Africa having been accepted back into International Football some two years prior.

How did you become involved in the regional football body?

The company I worked for conceptualised the COSAFA Castle Cup and brought Castle Lager on board as sponsor. Having done this, we were of course directed to work hand in hand with COSAFA, the Regional Governing Body which had been formed in 1983.

In 2008, the new leadership of COSAFA decided to “take back” its rights to various tournaments (Cosafa Castle Cup, rights until then owned by Global African Football and the U20 Youth Championship that had been organised for some years by SAFA).

I continued to work alongside COSAFA and was appointed Chief Operations Officer in 2011.

What are significant changes that you have been involved in over the years?

The organisation has grown to its current six persons with a strengthening of the administration with its standing committees meeting regularly.

COSAFA now organises six tournaments annually, thanks largely to the FIFA Forward funding provided by FIFA to the six Zonal Unions of Africa – a big focus being on women’s football.

COSAFA now has a robust media footprint – media database, social media as well as our own streaming platform COSAFA.tv.

How has the impact on women’s football changed since you first joined COSAFA?

Prior to 2017, the COSAFA Women’s Championship was biennial at best whereas we now organise the Senior, U20 and U17 Women’s tournaments.

Around each of these tournaments, COSAFA rolls out an educational legacy programme including referees, coaching and administration specifically for female participants.

What are you hoping to achieve in the next five years?

Securing long-term partnerships with corporates or NGOs for all existing as well as new club championship to enable us to be more self-sufficient.

What have been the biggest highlights in your career?

Are there any other things that you are working on besides being with COSAFA?

On a “by tournament” basis, I work with CAF and with FIFA and as mentioned above I am a members of FIFA’s Organising Committee for Competitions.

What legacy do you want to leave behind?

A vibrant, financially secure organisation that regularly organises its competitions and leaves a legacy within the countries/communities that host our tournaments.

What advice would you share with up and coming female sports administrators that are eager to own a space in a male-dominated area?

Determination and hard work! Don’t be put off by the adage “male-dominated space”.

Photo 1 Caption: COSAFA Secretary-General, Sue Destombes, hopes to one day leave a long-lasting legacy that will see the organisation regularly organise its competitions and leave a mark within the countries and communities that host their tournaments. Photo: COSAFA 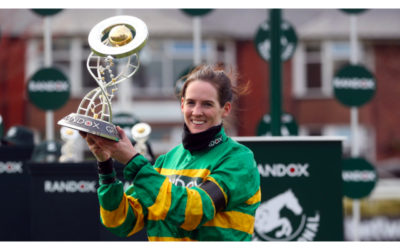 Rachael Blackmore became the first woman jockey in the 173 runnings of the world’s most esteemed steeplechase race to guide her horse - eight-year-old Minella Times - to victory over the most... 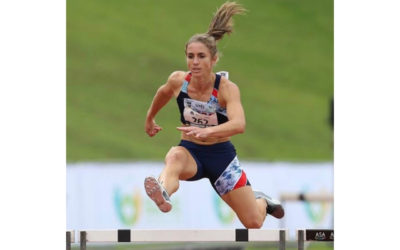 South African Olympian, Wenda Nel, is currently on course to earn qualification for this year’s Olympics in Tokyo as she plans to represent the country at her second Games of her career. Nel...