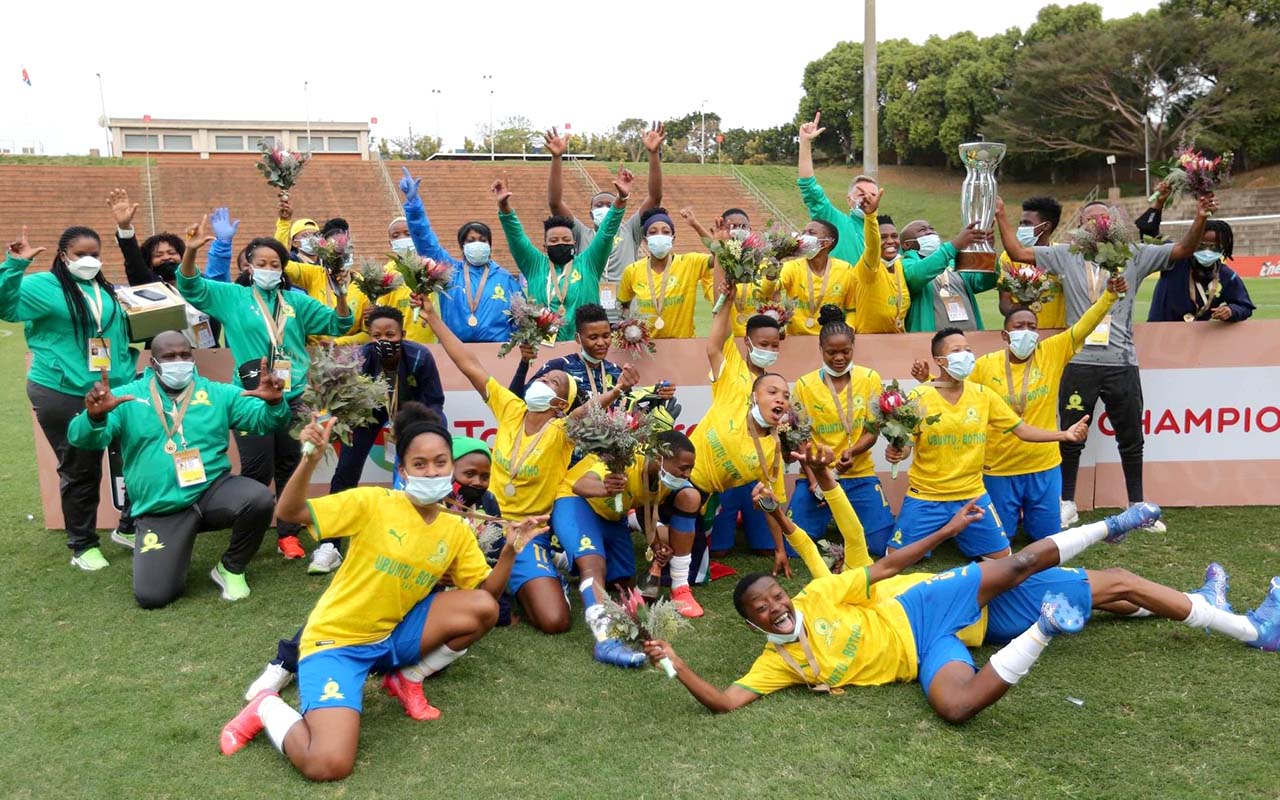 The magnificent Sundowns Ladies scored 22 goals in the tournament, as they powerful booked their ticket to the TotalEnergies CAF Women’s Champions League that is scheduled for Egypt later this year.

“I’m so excited and happy. The game was tough but we played very well and the experience that we have helped us a lot.” – Golden Boot winner Melinda Kgadiete speaking after the game

CAF President and former owner of Mamelodi Sundowns, Dr Patrice Motsepe, was at the stadium to watch the match, along with a FIFA delegation which included Secretary General Fatma Samoura and Chief Women’s Football Officer, Sarai Bareman.

Sundowns took the lead on 12 minutes as pressure at the start of the game paid dividends. Kgadiete forced the error and the ball broke to Andisiwe Mgcoyi, who laid on a square pass for Lerato Kgasago to side-foot into the net.

The second goal came around 78 minutes via Nonhlanhla Mthandi. The cherry on top came with a third goal later on when Lesotho international, Boitumelo Rabale fired into the top corner after skipping past one defender and unleashing an excellent strike to finish the competition.

“It feels so good to be the winners although it wasn’t easy.” – Boitumelo Rabale on the game and the TotalEnergies CAF Women’s Champions League aspirations

“For me it was quite a good game, I managed to get the goal. My goals and aspirations are to work hard and bring it back to South Africa, we are capable of that.” She concluded

Rutendo Makore from Black Rhinos Queens was awarded The Player of the Tournament award, with the Golden Glove for best goalkeeper going to Mudyiwa. Kgadiete won the Golden Boot for her five goals in the tournament.