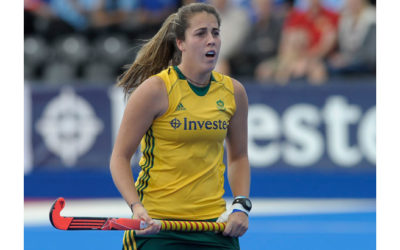 Can Province Do the Double?

After a day of near- and all-to-real upsets, a mouth-watering rematch of the 2011 duel that saw WP upset Southern Gauteng is the prize match on the final day of the 2012 SA Hockey women’s IPT, at 5pm at the Randburg Astro on Saturday.

Do or die as the 2012 SA Hockey IPT knockout matches kick off with defending champs WP up against Northerns at 3pm at the Randburg Astro, and Southern Gauteng faces SA U21’s at 5pm.

Southerns and Northerns in a duel for SAHA IPT Pool B honours, while the U21’s lead Western Province in Pool A after 3 matches each as the competition enters its final two days of round-robin competition

Eastern Province, Northerns & Kaspersky Southerns all muscled big wins as the 2012 IPT tournament kicked off with A and B Pool action in Section A, hosted by the Southern Gauteng Hockey Association at the Randburg Astro from 19 – 25 August 2012.

South Africa’s Olympic hockey stars return to action in the 2012 SA Women’s Interprovincial Hockey Tournament in Randburg, starting this Sunday. Western Province are the defending champions, having beaten Southern Gauteng 4-3 in the 2011 Final in Bloemfontein.

Peninsula will go into day 3 with a 100% record as worthy log leaders, and the +3 goal difference will be welcome, should their remaining pool matches against a resurgent […]

Hockey Places up for Grabs

The national team for the upcoming World Cup in Spain will be announced at the end of the SPAR Inter-Provincial Hockey Tournament starting in Randburg today.

Johannesburg, Thursday, 17th August 2006 – Defending champions Southern Gauteng are confident of retaining their title at next week’s annual SPAR Women’s Interprovincial Hockey Tournament to be played at the […]